Rand Paul says he still has trouble breathing since attack 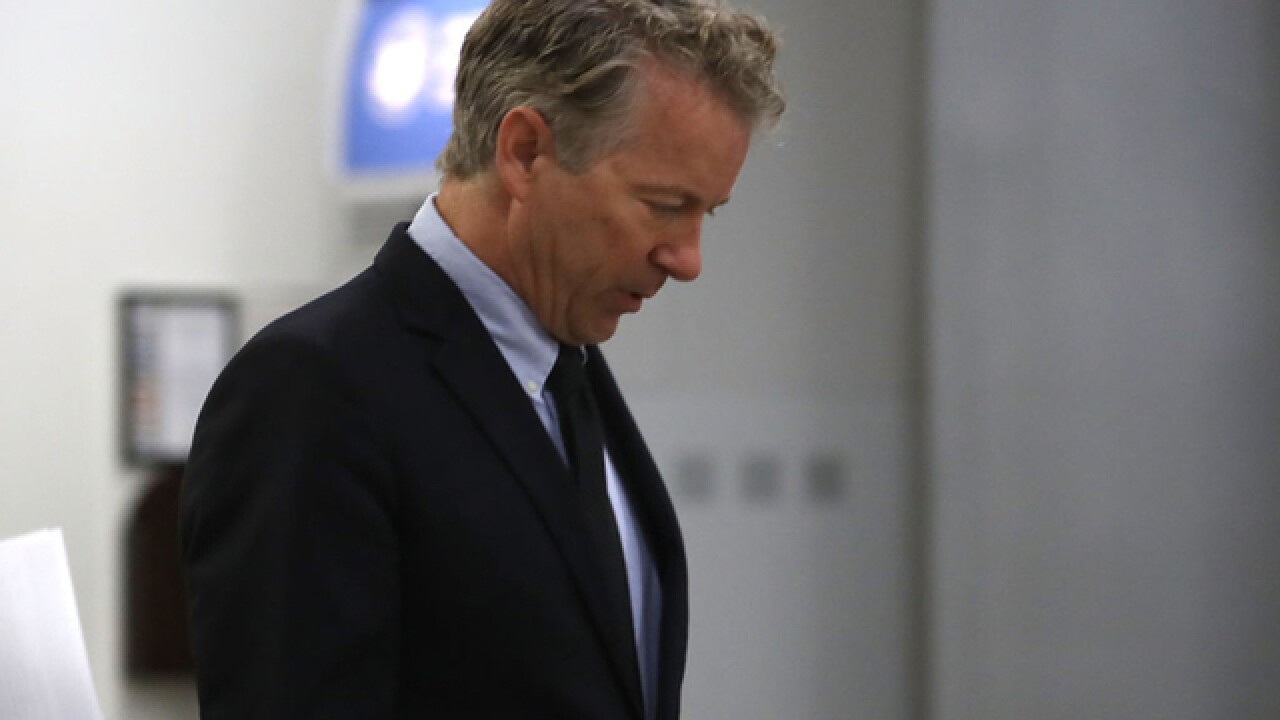 BOWLING GREEN, Ky. (AP) — U.S. Sen. Rand Paul says he still has trouble breathing since he was tackled in his yard eight months ago by a neighbor who was given a 30-day sentence - a punishment the Kentucky Republican thinks should have been harsher.

Paul told his hometown newspaper, the Bowling Green Daily News, that too often people "seem to think violence is the answer," and one way to stop the trend is with punishments that fit the crimes.

"The signal from society needs to be that this level of violence that we're descending to is just not acceptable," Paul said Tuesday.

Paul suffered multiple broken ribs in the attack last November while he was doing yard work at his home.

His neighbor, Rene Boucher, pleaded guilty to assaulting a member of Congress and was sentenced last month.

At the sentencing, Boucher admitted what he did was wrong and asked for forgiveness from Paul's family but said he would understand if they were not ready to grant it. Boucher said he was triggered by Paul's repeatedly stacking debris near their property line and "lost his temper."

Federal prosecutors who sought a 21-month prison sentence are appealing the 30-day sentence.

Paul said after the sentencing that 21 months would have been "the appropriate punishment." Boucher's attorney, Matt Baker, has said the 30-day punishment was appropriate, and indicated he will seek dismissal of the government's appeal.

Paul has filed a civil lawsuit against Boucher asking for medical costs and attorney fees relating to the incident. Boucher's attorney responded with a motion seeking to dismiss part of the civil suit and filed a countersuit, claiming Paul paid no out-of-pocket medical costs.

Recounting the attack, Paul told the newspaper it was "like the pain of a thousand knives." Paul, a former presidential candidate, also suffered pneumonia after the incident. He has described it as a "blind-side" attack as he stepped off his riding lawnmower.

Eight months later, the senator is handling routine duties but said: "I still have trouble breathing. The pain now is more of a chronic pain."

Also this week, Paul said he and his family were targeted by someone threatening to attack them with an ax.

"We do need to have better dialogue in our country and learn that violence isn't the answer to things," he told the Bowling Green newspaper. "But these things need to be punished so someone else doesn't think it's OK."