Rand Paul: 'It's troubling that we are listening to the president's phone calls' 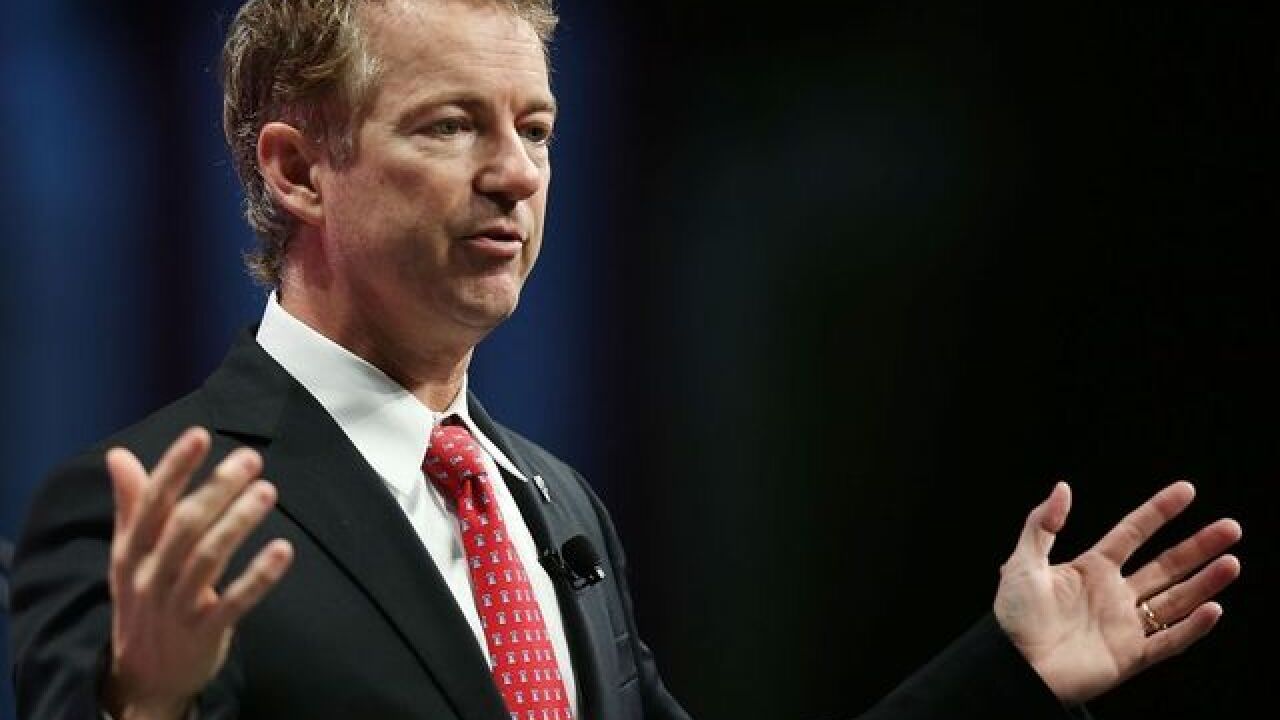 Setting aside the controversial contents of the call with Ukrainian President Volodymyr Zelensky, Paul argued presidents’ phone calls shouldn’t be monitored by intelligence agencies at all — except to help administer policy.

“I think that it’s troubling that we are listening to president’s phone calls, because that is really invading the privacy of the office and the person,” Paul said in a phone interview with WCPO. “I’ve had this complaint for a long time. So if I call a government official in another country, they’re listening to my phone calls, too. I think that squelches freedom of speech and freedom of thought and my ability to talk with other leaders.”

News about Trump’s July 25 call with Zelensky has consumed Washington since mid-September, prompting Democratic Speaker of the House Nancy Pelosi to reverse course on her long-running opposition to calls for Trump’s impeachment. She announced Tuesday the House would move forward with an impeachment inquiry,

According to the complaint filed by the whistleblower, who is a CIA officer, Trump pressured Zelensky to investigate Democratic presidential hopeful Joe Biden and to make contact with Trump’s personal lawyer, Rudy Giuliani, in pursuit of damaging information about Biden's son's involvement with the Ukrainian natural gas company Burisma.

Burisma and its owner had been under investigation the time Hunter Biden became a board member in 2014, but the investigation petered out in 2015. A prosecutor who vowed to target the company again was removed from office under international pressure, some of it from then-Vice President Joe Biden. Trump and other Republicans have pointed to this sequence of events as evidence Biden is the one who acted illegally to enhance his personal interests.

Paul brought up the allegation, too, arguing that because Biden was not censured for that, President Trump should not face scrutiny for his conversation with Zelensky.

The whistleblower wrote he believed Trump was attempting to enlist Zelensky’s help in uncovering information that would help him in the 2020 presidential election, for which Biden is a likely Democratic nominee.

Trump has acknowledged he discussed Biden with Zelensky but denies wrongdoing. A memo released by the White House includes a partial transcript of the half-hour conversation, including sections where Trump mentions the Biden family and urges Zelensky to investigate.

He does not directly mention aid at any point in the transcript. Paul said he doesn’t consider asking another world leader for a favor a dramatic offense.

“All President Trump said was do me a favor, he was asking them to investigate this,” he said. “But he in no way, to my knowledge threatened to cut off any aid.”