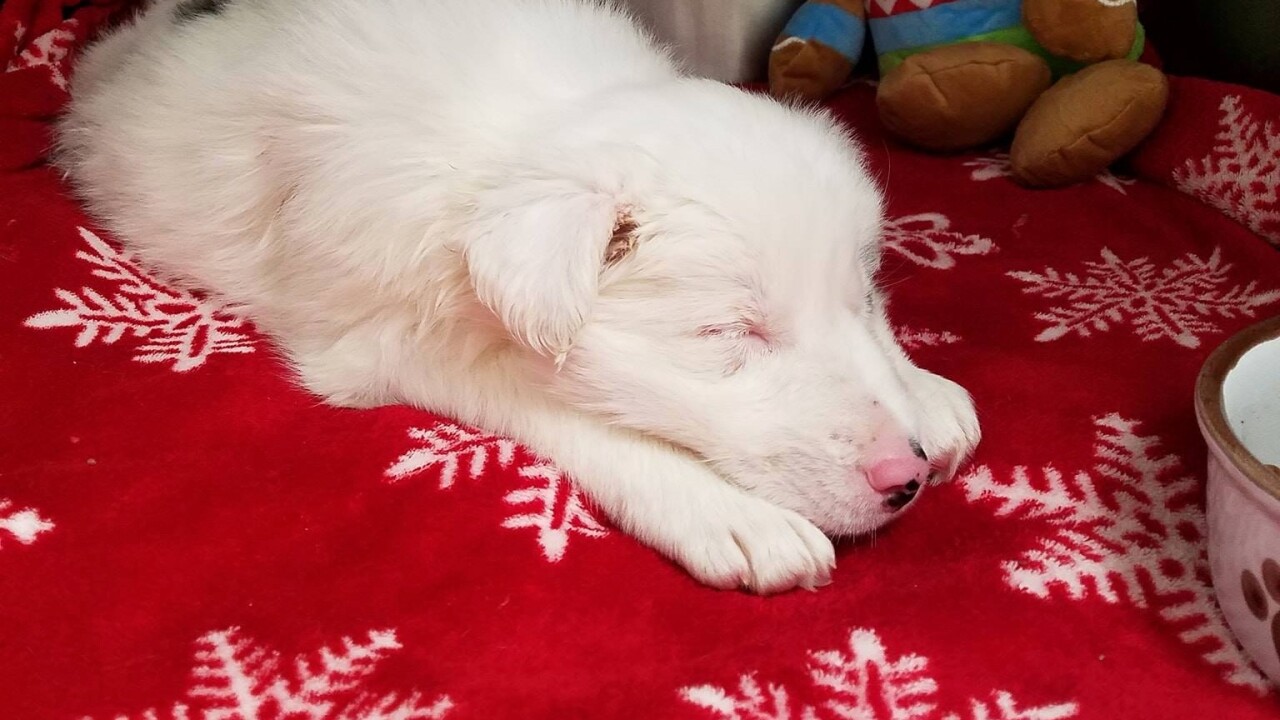 GEORGETOWN, Ky. — A pair of men waded into a frozen creek Tuesday morning to rescue a white, pink-nosed puppy who had been thrown into a weighted garbage bag and dumped, according to Scott County Animal Shelter.

“She had wiggled her little head out of the bag and that was the only thing sticking out of the water,” the shelter wrote on Facebook .

Scott County Animal Shelter wrote on Facebook that the puppy appeared to be a Border Collie or Australian Shepherd.

The men dropped her off at the rescue, where she got a meal, a warm place to sleep and a checkup that revealed she was healthy except for a congenital eye defect -- a common trait among Australian Shepherd or Border Collie puppies whose parents both have piebald or “merle” coats.

“Double-merle” puppies are often born mostly white, just like the rescued puppy, but with problems seeing and hearing. According to one Aussie rescue , these puppies can sometimes have grim futures: “If they are not culled at birth … they are dumped in shelters or on the sides of roads.”

She will not be adoptable in the immediate future because of the traumatic experience from which she was rescued, according to one comment from the shelter, but will have a safe home at the shelter in the meantime.