McConnell asks that constituents judge Congress on accomplishments, not speed 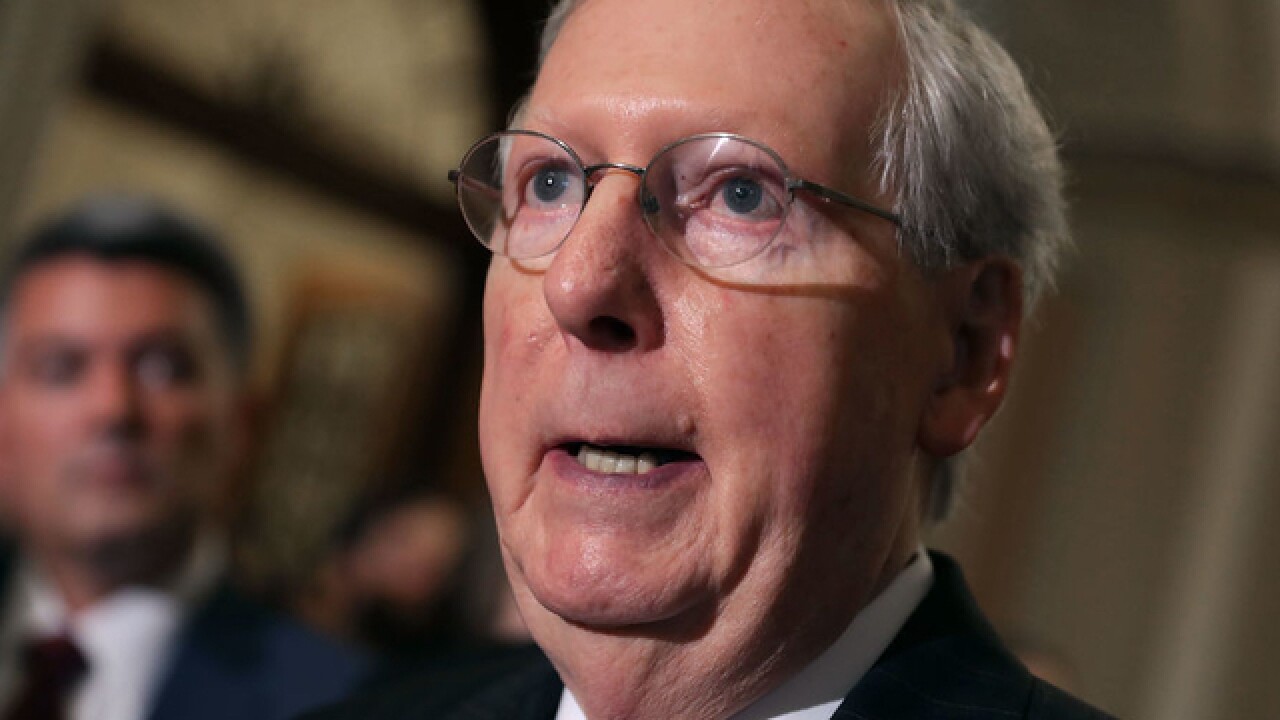 That's not to say the Senate Majority Leader has softened his views of his Democrat rivals in government. During a Monday speech at the Florence Rotary Club, he made repeated references to what he perceived as "overregulating," anti-wealth policies enacted in the Obama years and his own desire to see them undone.

Instead it seems to mostly be schadenfreude at Clinton's loss powering McConnell's optimism -- and the knowledge that Obama's signature legislation took two years to pass. If that's the timeline Republicans have to beat, they still have over a year to concoct a passable "repeal and replace" despite their June 28 loss.

"It was about 2:00 in the morning at the time (we lost the health care vote)," McConnell said in his speech. He said he cheered himself up with a thought: "'Well, look at it this way: Hillary Clinton could be president and Merrick Garland could be on the Supreme Court.' I instantly felt better."

Instead, McConnell reminded supporters, Neil Gorsuch filled Antonin Scalia's vacant seat on the Supreme Court. His confirmation was due in large part to McConnell's own refusal to even consider Merrick Garland.

And, instead of Hillary Clinton, Republicans have a president amendable to their legislative agenda -- provided they are able to get bills through Congress.

McConnell acknowledged that President Donald Trump had likely underestimated the challenge of governing due to his total inexperience in the arena. He added that Trump's zealous campaign promises and frequent Twitter ultimatums might have contributed to the pressure felt by Republican legislators to enact their new policies as quickly as possible.

"I think (Trump) had excessive expectations about how quickly things happen in the democratic process, and so part of the reason I think people feel we're underperforming is because of too many kind of artificial deadlines unrelated to the reality of the complexity of legislating," he said.

This Congress isn't a failure, he insisted. It's just moving more slowly than Trump and others may have hoped.

"What I am asking you is to judge this congress when it finishes," he said. "(Judge us by) how much have we done to make America competitive again and to grow again, and that's part of making America great again."

McConnell promised supporters that his next legislative priorities would be tax reform and funding the government, acknowledging that health care would need to take lower priority until a passable bill could be constructed.

Outside the rotary club, groups of protesters made it clear: Just like Republicans, those who support the Affordable Care Act are willing to stick with their cause past the failure of the first repeal effort. For both groups -- those holding signs and those holding office -- it could be a long four years ahead.