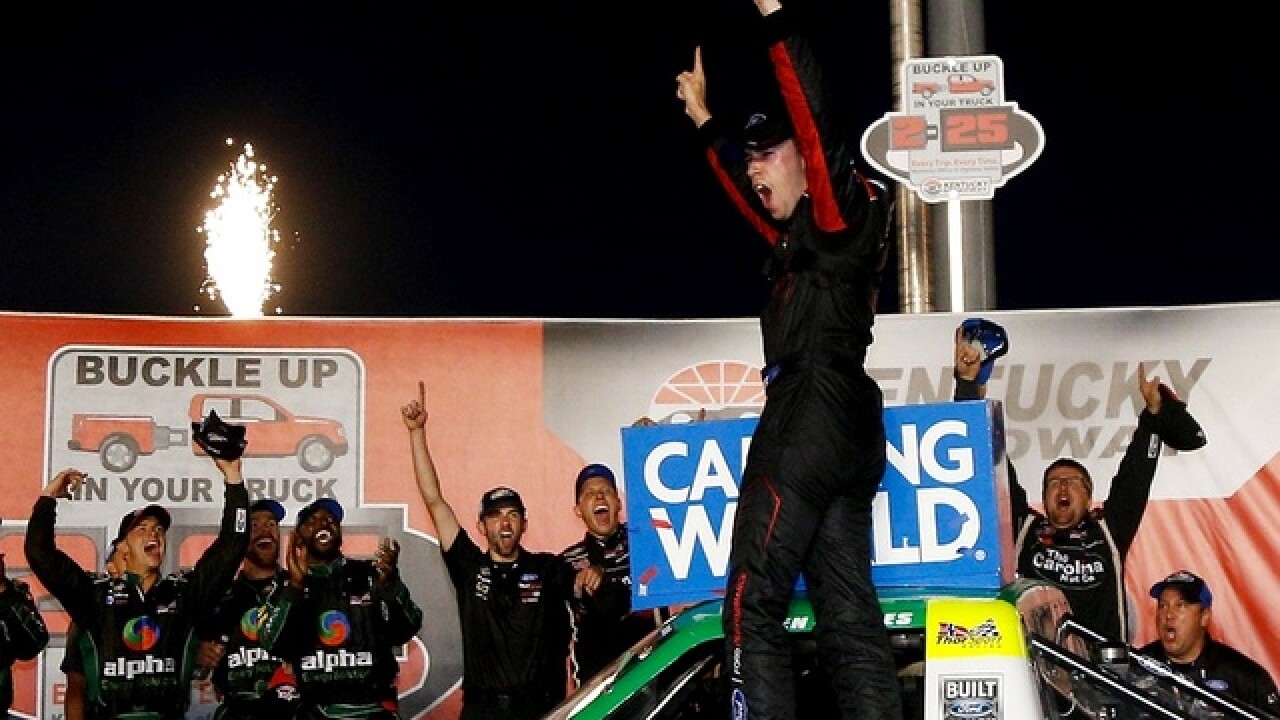 Image copyright 2018 Getty Images. All rights reserved. This material may not be published, broadcast, rewritten, or redistributed.
Michael Reaves
<p>SPARTA, KY - JULY 12: Ben Rhodes, driver of the #41 The Carolina Nut Co. Ford, celebrates in Victory Lane after winning the NASCAR Camping World Truck Series Buckle Up in Your Truck 225 at Kentucky Speedway on July 12, 2018 in Sparta, Kentucky. (Photo by Michael Reaves/Getty Images)</p>

Rhodes, a native of Louisville, opted not to change his tires on the final pit and the gamble paid off as he took the lead out of pit road and then steadily pulled away from Stewart Friesen over the final 10 laps.

Friesen finished just under a second behind Rhodes. Matt Crafton, Brandon Jones and John Hunter Nemechek rounded out the Top 5.

Rhodes surged ahead of pole-sitter Noah Gragson to win Stage 1.

Gragson retook the lead and won Stage 2. He led 62 of the first 73 laps but after his Stage 2 win he came out of pit road in 13th place and finished eighth.