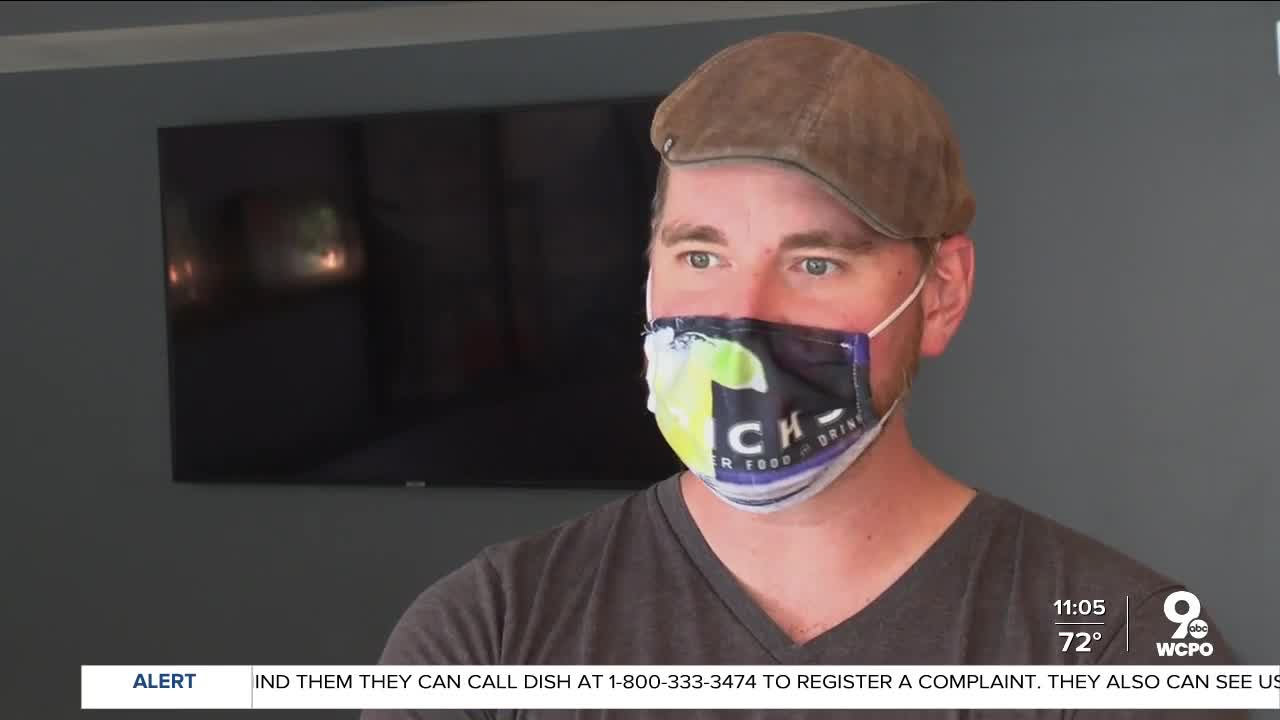 Gov. Andy Beshear said he regretted the effect the closure — and stricter regulations afterward — would have on bar owners who were following health guidelines and enforcing social distancing. He still chose to do it, arguing that Kentucky's COVID-19 diagnosis totals would jump otherwise. And local bar owners are still nervous. 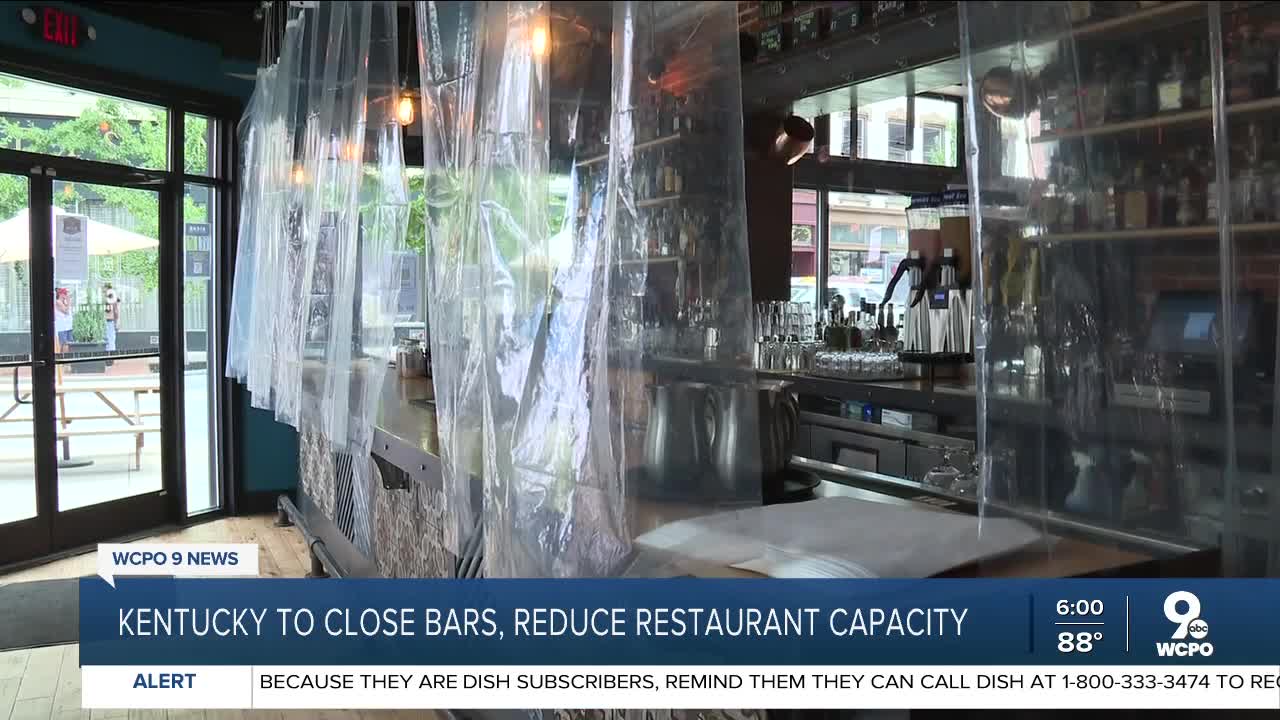 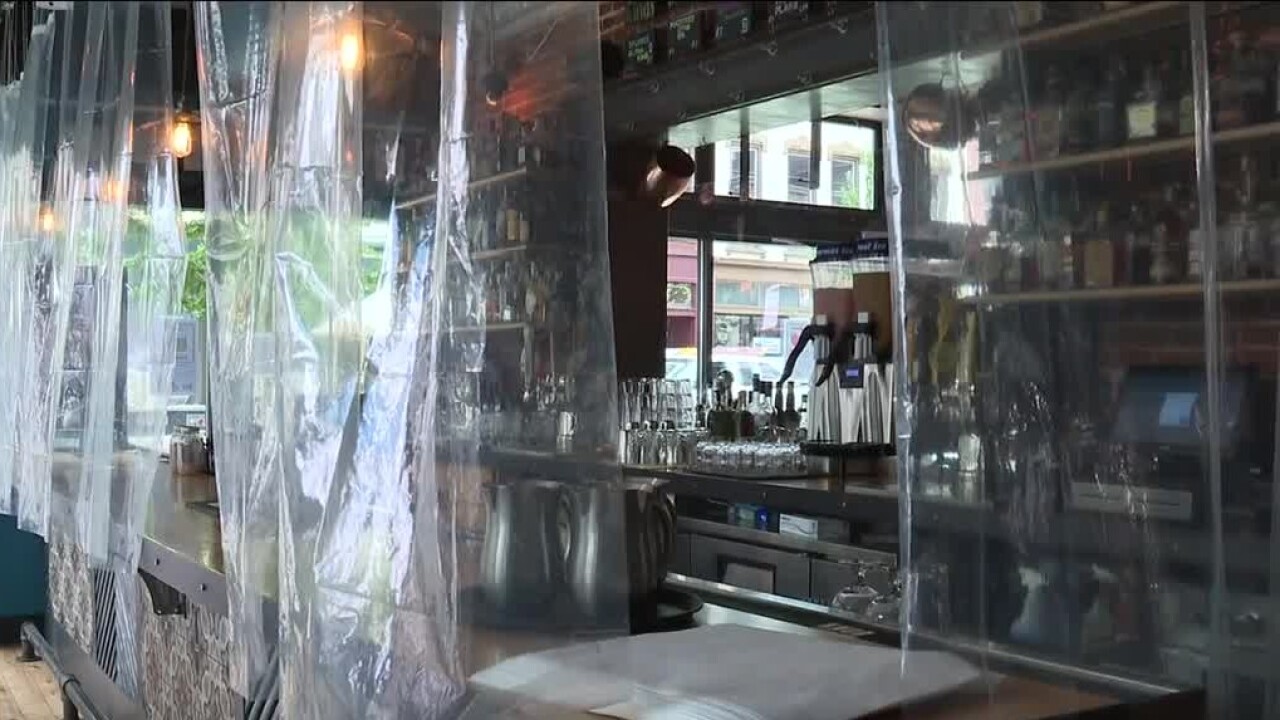 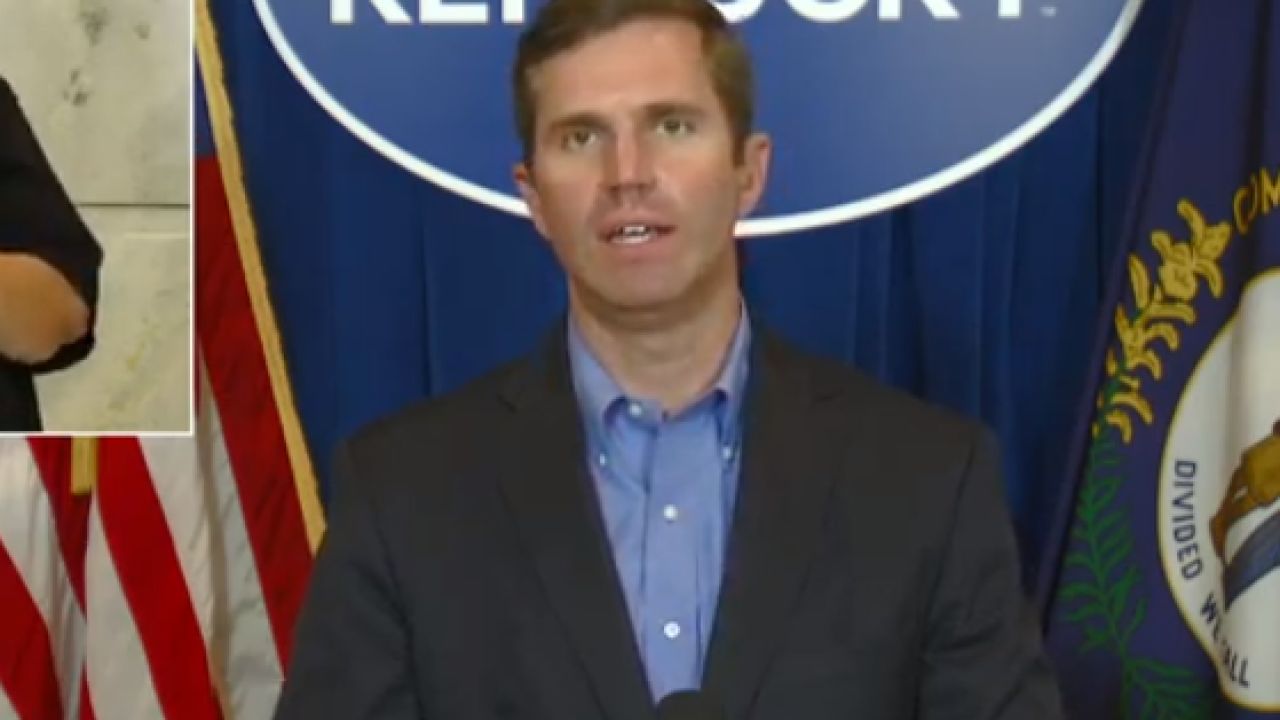 FRANKFORT, Ky. — Kentucky Gov. Andy Beshear ordered bars to close for two weeks and further reduced restaurant capacity in an effort to curb the COVID-19 spike in the commonwealth.

In his Monday briefing, Beshear ordered bars that don't sell food to close at midnight Tuesday and cut indoor dining capacity from 50% to 25% until Aug. 11. Outdoor dining can continue at 100%.

It's another blow for Bill Whitlow and other Northern Kentucky owners.

“The bar owners are scared. They have to shut down again. That’s really tough for them," said Whitlow, owner of Rich’s Proper Food and Drink in Covington. "I think a lot of them get it and understand, but it’s still a really tough thing right now.”

Whitlow said he started making calls Sunday to see if he could get more tents and tables to expand outdoor dining in case this mandate came down.

Once bars reopen, there will be stricter guidelines and enforcement, with all customers required to be seated, the governor said.

Beshear also announced that he is recommending all schools delay opening in-person classes until the third week of August.

Beshear said those new steps and two others he took recently – mandating all Kentuckians to wear facial coverings and limiting social and non-commercial gatherings to 10 people or less – follow White House guidelines for states that show an escalation in cases.

"We agree with the White House that with over 74 counties in the red or yellow zone that these are steps that need to be taken," Beshear said.

Beshear showed photos of large weekend gatherings in the state where people didn't wear masks or comply with social distancing.

"We believe we are close to becoming another Florida, Texas or Arizona," the governor said.

Beshear said he understands the hardships facing bar owners and employees during the next two weeks, but added, "If we don't stop the virus, it will be a lot worse."

Kentucky reported its second-highest daily total Saturday with 836 more positive cases of the virus and a daily record of 979 confirmed cases on July 19.

Last week Beshear announced new limits on social gatherings and a travel advisory to combat the escalation of cases.

For most people, the new coronavirus causes mild or moderate symptoms, such as fever and cough, that clear up in two to three weeks. For some — especially older adults and people with existing health problems — it can cause more severe illness and be fatal.