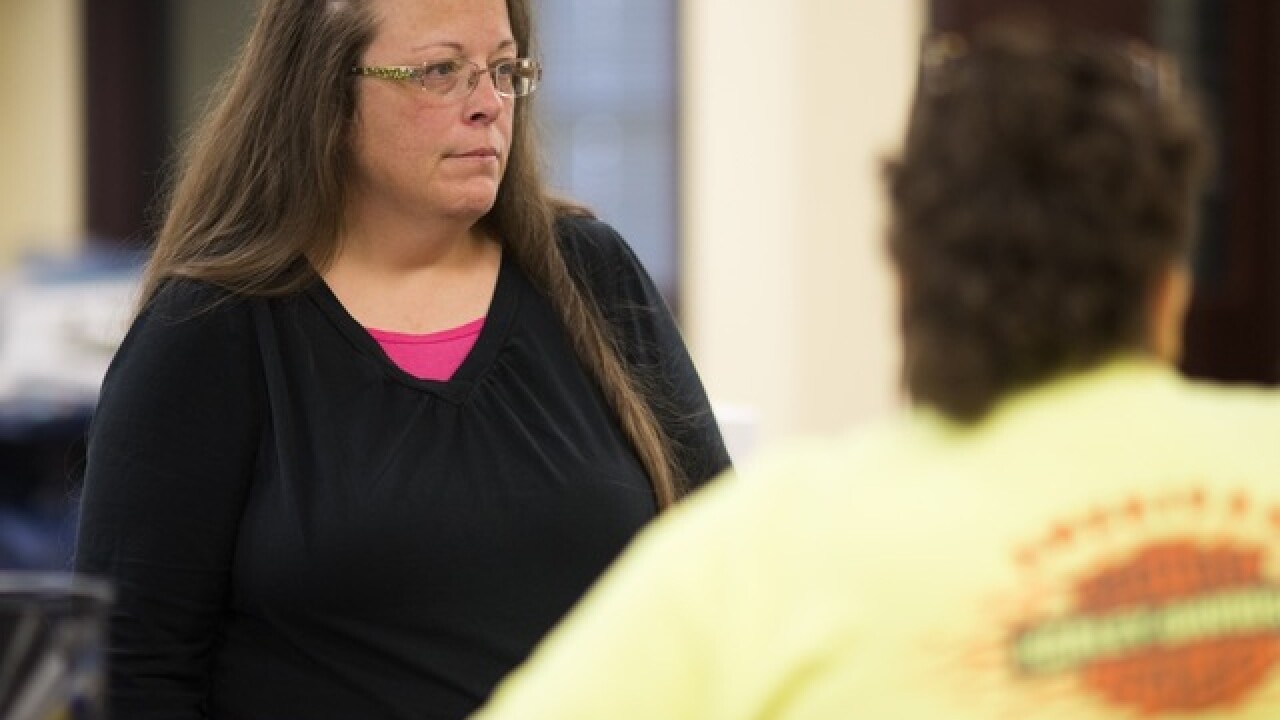 FRANKFORT, Ky. (AP) — An LGBT advocacy group has endorsed a Democrat running against a Kentucky clerk who was jailed in 2015 for refusing to issue marriage licenses to same-sex couples.

Caudill defeated David Ermold in the Democratic primary in May to face Davis. Ermold is a gay man who was denied a marriage license by Davis in 2015. Ermold has since called Caudill a bigot and said he will not support either candidate in the election.

Caudill has said Ermold is spreading lies about him.