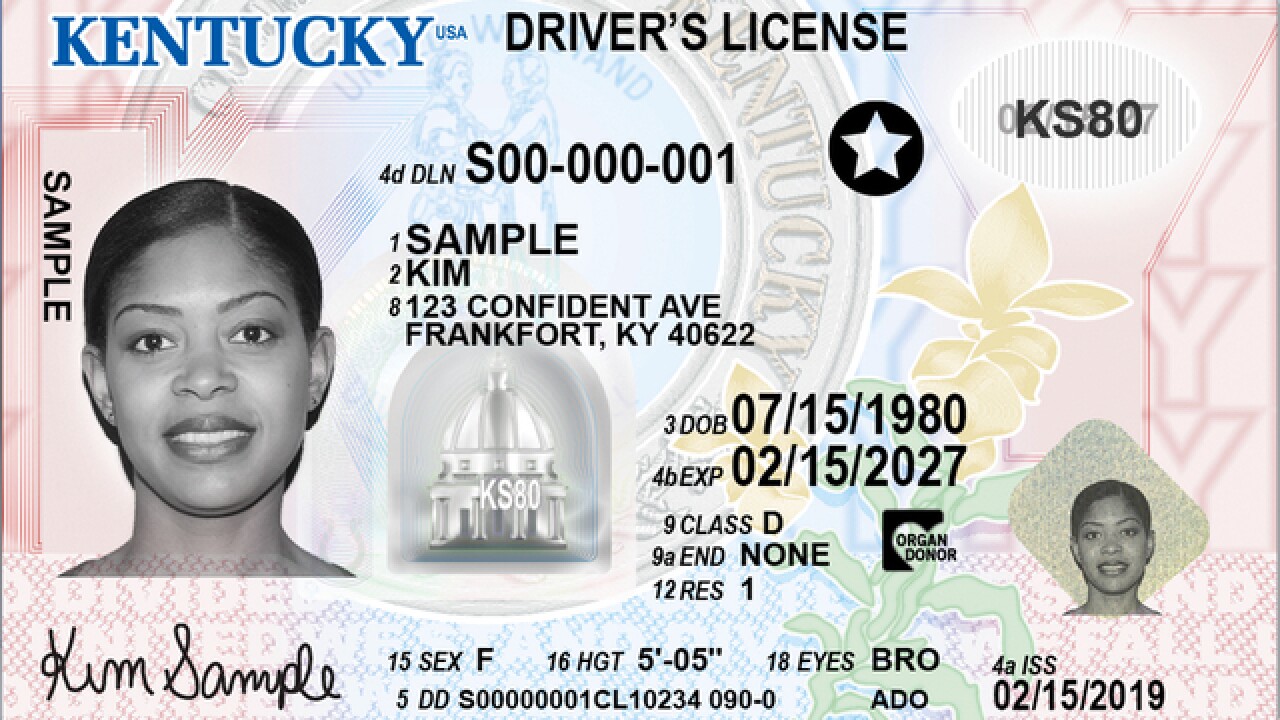 FRANKFORT, Ky. — Kentucky has backed off plans to have circuit court clerk’s offices distribute new driver’s licenses that comply with a federal travel law stemming from the Sept. 11 terrorist attacks.

Instead, the state Transportation Cabinet said Wednesday that it will work with Kentucky lawmakers on developing a network of regional offices to distribute the licenses.

The change comes with a federal deadline looming barely more than a year away. It stems from congressional passage of the Real ID Act in 2005, requiring states to upgrade the security of their driver’s licenses.

Kentucky will offer a standard driver’s license or a voluntary travel ID. Both enable a resident to drive, vote and apply for federal benefits. But starting Oct. 1, 2020, only people with travel IDs will be allowed to board domestic flights or enter U.S. military bases. After that date, people with standard IDs will have to show another form of identification, such as a passport.

Kentucky started a pilot program in Franklin and Woodford counties to distribute the enhanced-security travel IDs. The results led the Transportation Cabinet to scrap plans to give circuit court clerk’s offices the role of distributing the travel IDs in all 120 Kentucky counties.

“The pilot program identified staffing and workload increases in circuit court clerk offices that are not sustainable both in the short and long term,” the cabinet said in a statement Wednesday.

The plan now is to have circuit court clerk’s offices continue to issue traditional driver’s licenses, the cabinet said. But transportation officials will work with state lawmakers to consider having a network of regional offices issue the travel IDs, it said.

“The cabinet believes this is the fastest and most efficient path forward to make Real ID compliant cards available statewide before the federal deadline of October 2020,” it said.

The cabinet said it remains “committed to a successful rollout.” It didn’t immediately offer details about the regional network plan.

State transportation officials are trying to secure funding for the regional centers.

“We’re certainly going to do everything we can to streamline this process,” Osborne told reporters. “Anything that we can do to help expedite that, I think you’re going to find a receptive audience here in the legislature.”

Kentucky became one of the last states to comply with the federal travel law. In 2016, the state’s legislature passed a measure to comply with the rules, but Republican Gov. Matt Bevin vetoed it. A year later, lawmakers passed a similar bill and Bevin signed it.