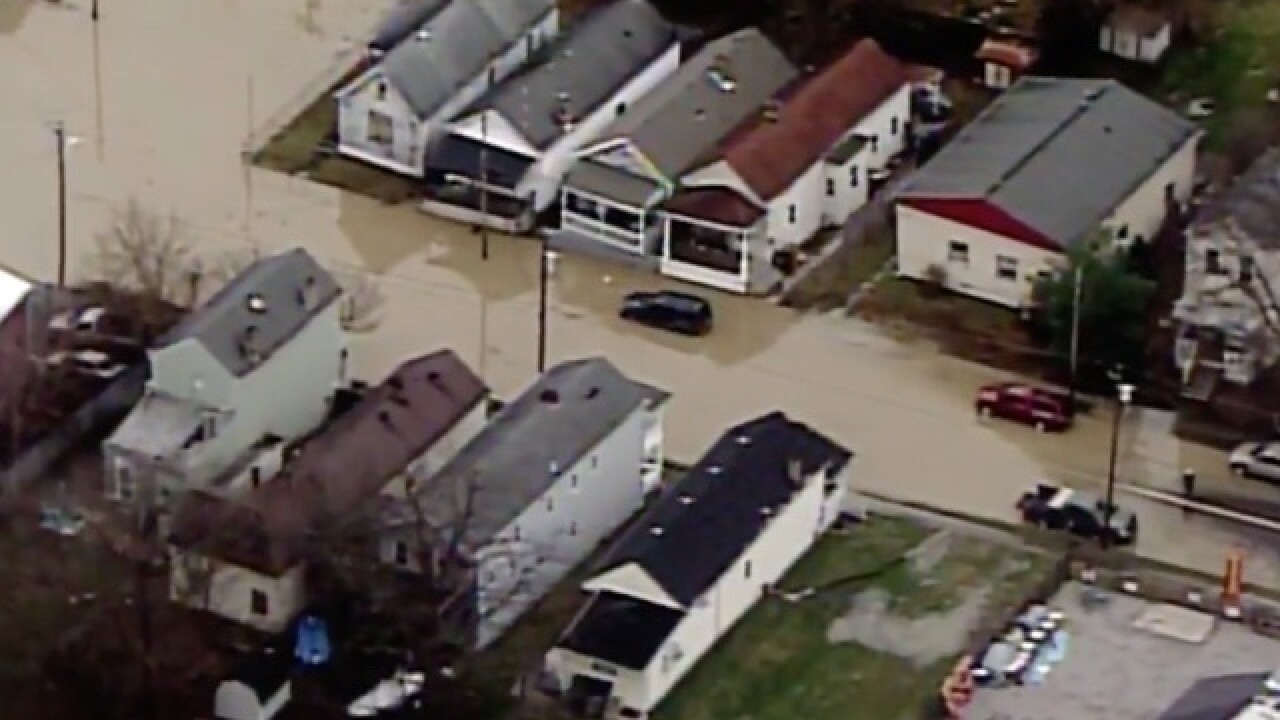 Copyright 2018 Scripps Media, Inc. All rights reserved. This material may not be published, broadcast, rewritten, or redistributed.
Michael Benedic | WCPO
<p>Feb. 25, 2018. Floodwaters crept up streets near the Ohio River in Northern Kentucky.</p>

The Daily Independent cites a Wednesday release from Bevin's office that says the late February flooding caused an estimated $24.7 million in damages statewide, with 75 percent of that damage inflicted on highways, bridges and local infrastructure. Four Kentucky residents died.

The release says the requested Presidential Disaster Declaration will provide more than one-quarter of Kentucky's counties with federal assistance to recover from the widespread storms.

Campbell, Carroll, Gallatin, Grant and Kenton counties were among those included in the request.

Kentucky is currently awaiting a Federal Emergency Management Agency decision on a previous disaster declaration request for 22 eastern counties affected during a mid-February flood. Since 2009, the state has been granted 19 federally declared disaster related to severe weather and flooding.