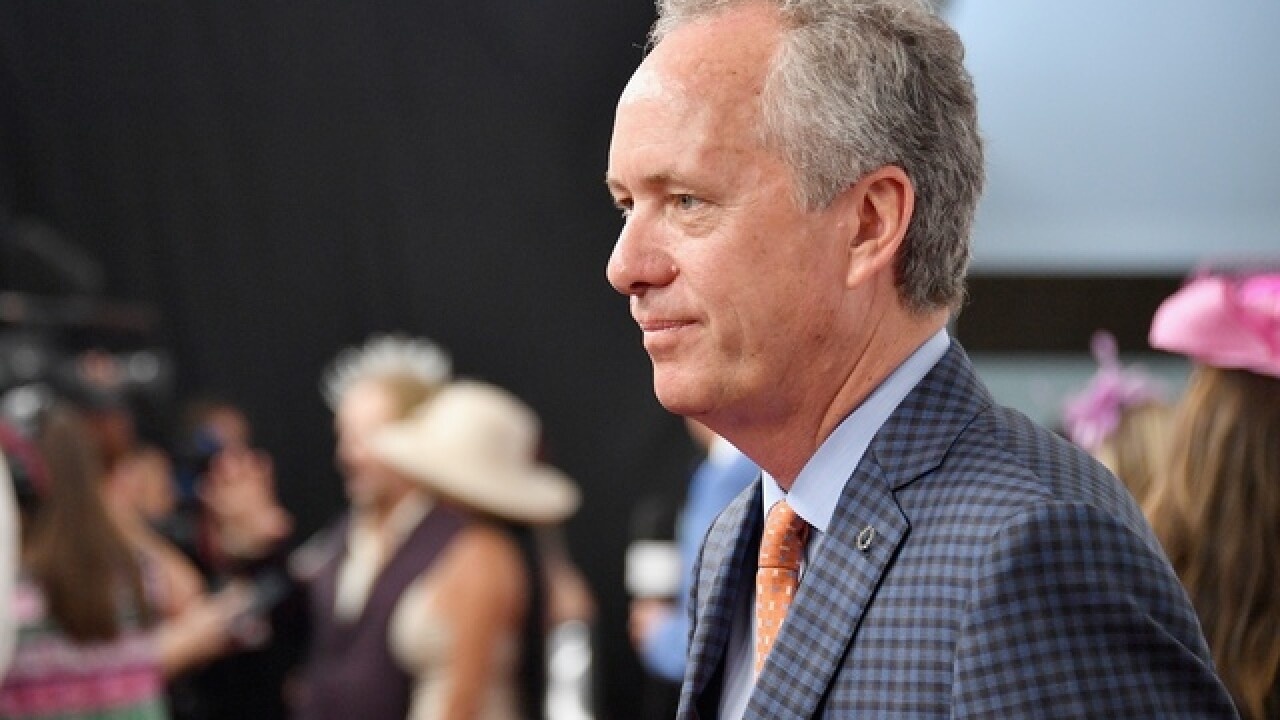 Acknowledging he was confronting an "emotionally charged" subject, Mayor Greg Fischer said his decision to move the John B. Castleman and George D. Prentice statues was based on findings of a local Public Art and Monuments Advisory Committee that he appointed late last year. In a tweet , the Democratic mayor noted the panel concluded Louisville must not maintain statues that serve as "validating symbols for racist or bigoted ideology."

"Moving the Castleman and Prentice statues does not erase history," Fischer tweeted. "It allows us to examine our history in a new context that more accurately reflects the reality of the day, a time when the moral deprivation of slavery is clear."

In announcing his decision, Fischer added that he's mindful of the "horrible display of hatred and bigotry" at a violent white nationalist rally last year in Charlottesville, Virginia, that left one person dead and dozens of others injured.

Confederate monuments have come under increased scrutiny ever since that rally, as well as the 2015 massacre of nine black worshippers inside a South Carolina church.

The Castleman statue, depicting him atop a horse, is in the Cherokee Triangle neighborhood east of downtown. Castleman was a Confederate soldier and later a U.S. general. He also helped found Louisville's park system. The Prentice statue is located at the downtown public library.

Both statues have been targets of vandalism.

"We cannot ignore that Castleman fought to continue the horrific and brutal slavery of men, women and children" and later "heralded that part of his life in his autobiography," Fischer wrote in one of his tweets announcing the removal of the statues.

Prentice was a Louisville newspaper editor associated with the pro-slavery, anti-immigration movement during the 1850s and 1860s.

"He used that platform to advocate an anti-Catholic, anti-immigrant message" that led to a deadly riot, Fischer said.

Fischer said in a release that the city has had preliminary discussions about moving the statues to Cave Hill Cemetery in Louisville. If the statues cannot be relocated to an "appropriate" site, they will be put in storage, he said.

The goal is to have the statues moved by year's end, he said. The relocations will cost several thousand dollars, and the money would come from the city's General Fund, private donations or both, the mayor said.

Fischer is seeking a new term in the November election.

Kentucky's second-largest city also has confronted the issue of Confederate memorials. Statues honoring Confederate Gen. John Hunt Morgan and John C. Breckinridge, a Confederate secretary of war, were moved recently to the Lexington Cemetery, where both men are buried. The action came months after the statues were removed from downtown Lexington and placed in storage.