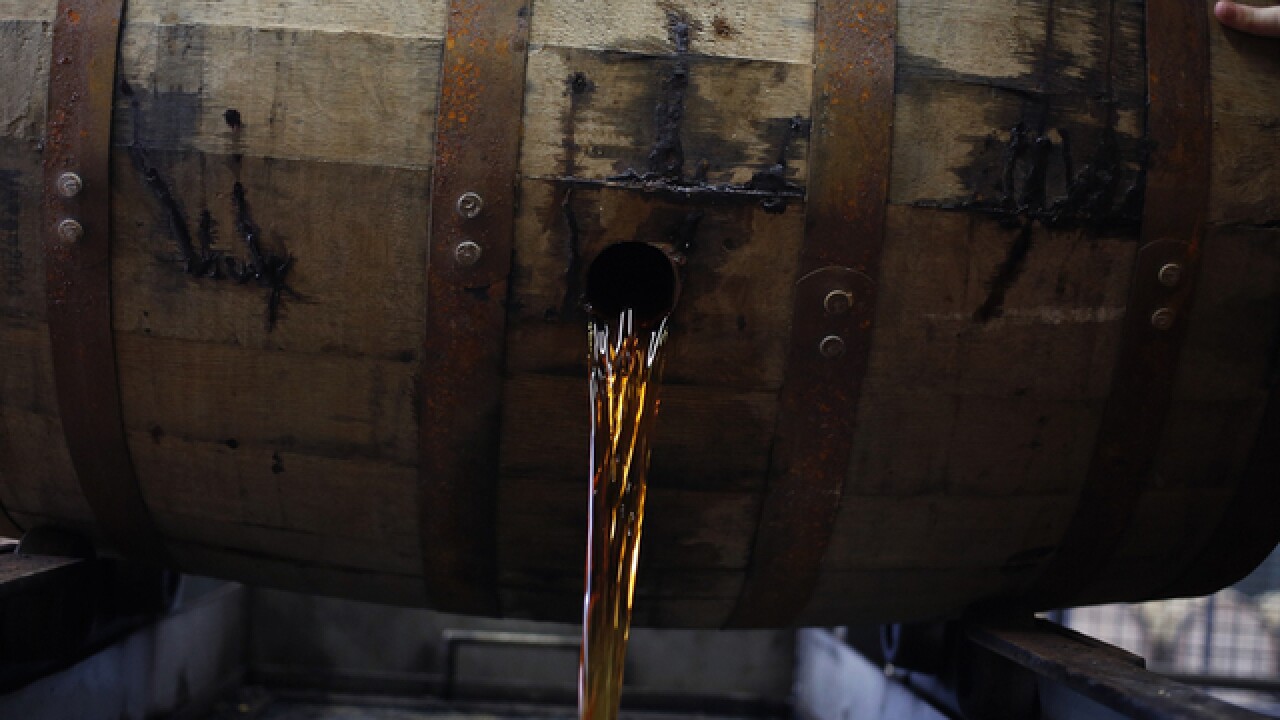 Rounds of distillery expansions and start-ups have put the sector on a trajectory toward higher production, but an industry leader warned trade disputes in key overseas markets remain a threat to the good times for bourbon producers.

If tariffs curtail bourbon consumption in those markets abroad, the industry could be left with some sobering consequences — a flood of whiskey to sell by trying to boost sales in the U.S. and in countries unaffected by trade disputes. An abundance of whiskey could affect pricing, hurting not only large distillers but especially the fledgling craft distilling market.

KDA said the 2017 production and inventory figures were compiled from state Department of Revenue data. Kentucky distillers produce about 95 percent of the world's bourbon supply, the association said.

It's a dramatic turnaround from a low in 1999 when Kentucky had 3.4 million barrels of aging bourbon and overall spirits production for the year barely exceeded 455,000 barrels, KDA said.

Bourbon went into a long tailspin starting in the 1970s that continued until its comeback in the early 2000s, led by the introduction of small-batch premium brands, the popularity of bourbon-infused cocktails and expanded exports.

The overall number of barrels holding aging spirits — including bourbon, rye, brandy and other products — reached 8.1 million, the most since 1971, KDA said, with the tax-assessed value hitting a record high of $3 billion. Bourbon producers are in the midst of a $1.2 billion building boom, including expanded production facilities and new tourism centers.

The latest figures, offering a snapshot of the industry at the start of 2018, were reported months before bourbon got caught up in trade disputes. Those disputes resulted in tariffs imposed in some key overseas markets for bourbon, including the European Union — where Kentucky spirits producers exported nearly $200 million of their products in 2017.

EU tariffs targeting American whiskey and many other U.S. products were a response to President Donald Trump's decision to slap tariffs on European steel and aluminum. Those duties amount to a tax, which producers can pass along to consumers through higher prices or absorb at risk of shrinking profits.

Tariffs could have "dramatic" consequences for Kentucky spirits makers if the disputes drag on, KDA President Eric Gregory said Thursday.

"If you take the concern about the trade war off the table, and barring any other unforeseen obstacles, we're on an incredible trajectory to break historical records in the next few years," he said in a phone interview. "Our distilleries have expanded in the last five to 10 years at record paces, and it's all been geared toward meeting the growing global thirst for Kentucky bourbon."

Some distilleries are signaling they will begin feeling the pinch from tariffs in those overseas markets by year's end, when the inventories they stockpiled ahead of the duties are expected to run out, Gregory said.

It's too soon to gauge whether trade disputes will cause production to decline in Kentucky, he said.

"It all depends on whether distilleries pass that cost along to consumers or absorb the costs to remain competitive in the marketplace," Gregory said. "Either way it goes, those options have the possibility of returning less profit to our distillers, which potentially means fewer investments in Kentucky. We don't want to go there."