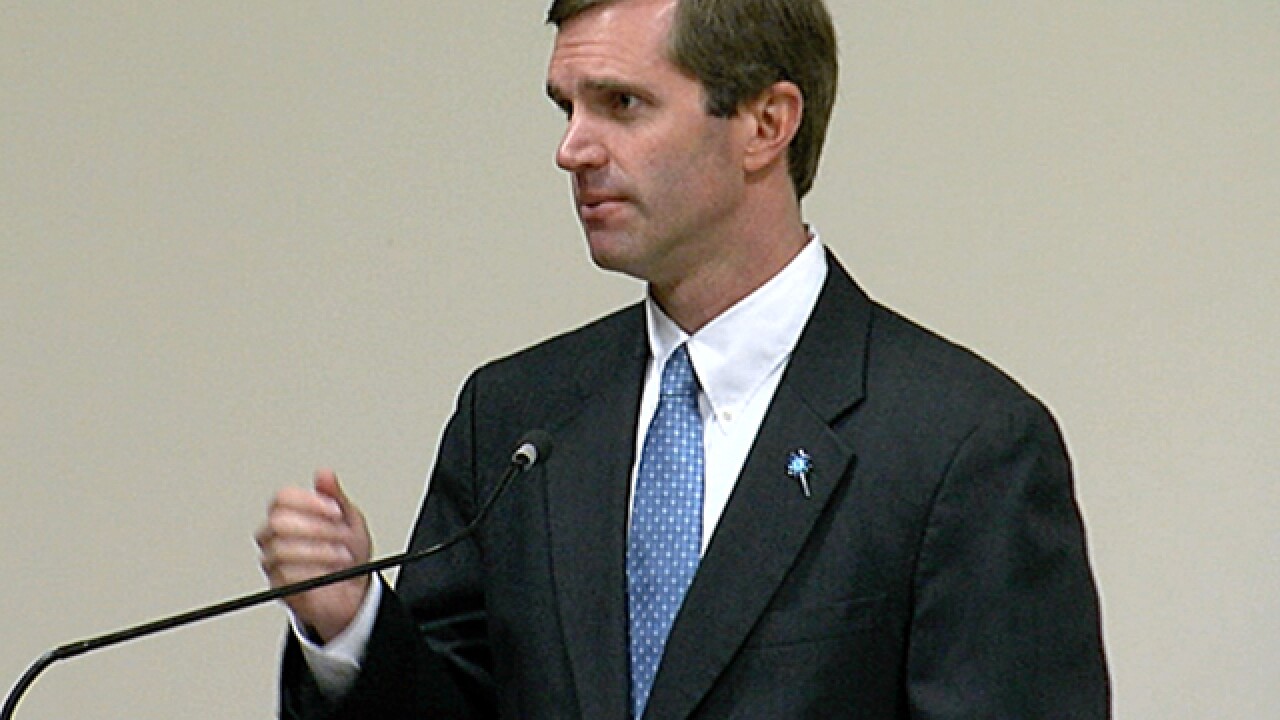 FRANKFORT, Ky. (AP) — Kentucky's attorney general has endorsed the idea of a new law that would let him use a special grand jury to investigate crimes that cross county lines, a step that could give him heightened powers to probe suspected clergy abuse.

Democrat Andy Beshear said the proposal was prompted by a similar law in Pennsylvania, where the attorney general used a grand jury to investigate allegations that Catholic priests molested more than 1,000 children there since the 1940s and that complaints about it were covered up by church leaders.

Beshear would not say if his office is investigating the Roman Catholic Church in Kentucky. But he said that "since the news first broke from Pennsylvania, we have been contacted by various folks ... about what they believe has happened, about the need for this tool."

Democratic state Rep. Jeffrey Donohue would sponsor the bill in the 2019 legislative session, which begins in January. Democratic state Rep. Jim Wayne is not running for re-election this year. But the practicing Catholic said he endorsed the idea of a statewide grand jury, saying it "give us an opportunity as a society to make sure that everything is known about the history of sex abuse in the Catholic church."

"What we have in the Catholic church right now is a major crisis of trust," he said. "We cannot trust our leaders."

In 2003, the Archdiocese of Louisville paid $25.7 million to settle more than 240 lawsuits by people who said they had been sexually abused by priests and other church workers. At the time, it was one of the largest settlements in the country.

Regarding the potential for a new investigation, the archdiocese told the Courier Journal "we have always cooperated with the authorities in our response to sexual abuse and will continue to do so."

The proposal would give the attorney general the option to ask the Kentucky Supreme Court to empanel a special grand jury whose jurisdiction could include multiple counties. The grand jury could even include the entire state. The Kentucky chief justice would appoint a circuit court judge to supervise the grand jury, which could meet for up to 180 days. The circuit court judge could grant multiple extensions.

Beshear was elected attorney general in 2015 but is not seeking a second term. He is running for governor in 2019.

Republican state Sen. Whitney Westerfield, chairman of the Senate Judiciary Committee, is running for attorney general. He said he wants to study the idea more before saying whether he could support it. But he said he had concerns about empaneling a grand jury with statewide jurisdiction.

"There would be counties who were harmed who don't have representation on that grand jury. I don't know how I feel about that," Westerfield said. "I don't want to dismiss it out of hand. I'm curious how other states have worked with it."

U.S. bishops adopted widespread reforms in 2002 when clergy abuse became a national crisis for the church, including stricter requirements for reporting accusations to law enforcement and a streamlined process for removing clerics. But the Pennsylvania grand jury issued an explosive report Aug. 14 signaling more changes were needed. In a nearly 900-page report, the grand jury alleged that more than 300 Roman Catholic priests had abused at least 1,000 children over the past seven decades in six Pennsylvania dioceses. It also accused senior church officials of systematically covering up complaints of abuse.