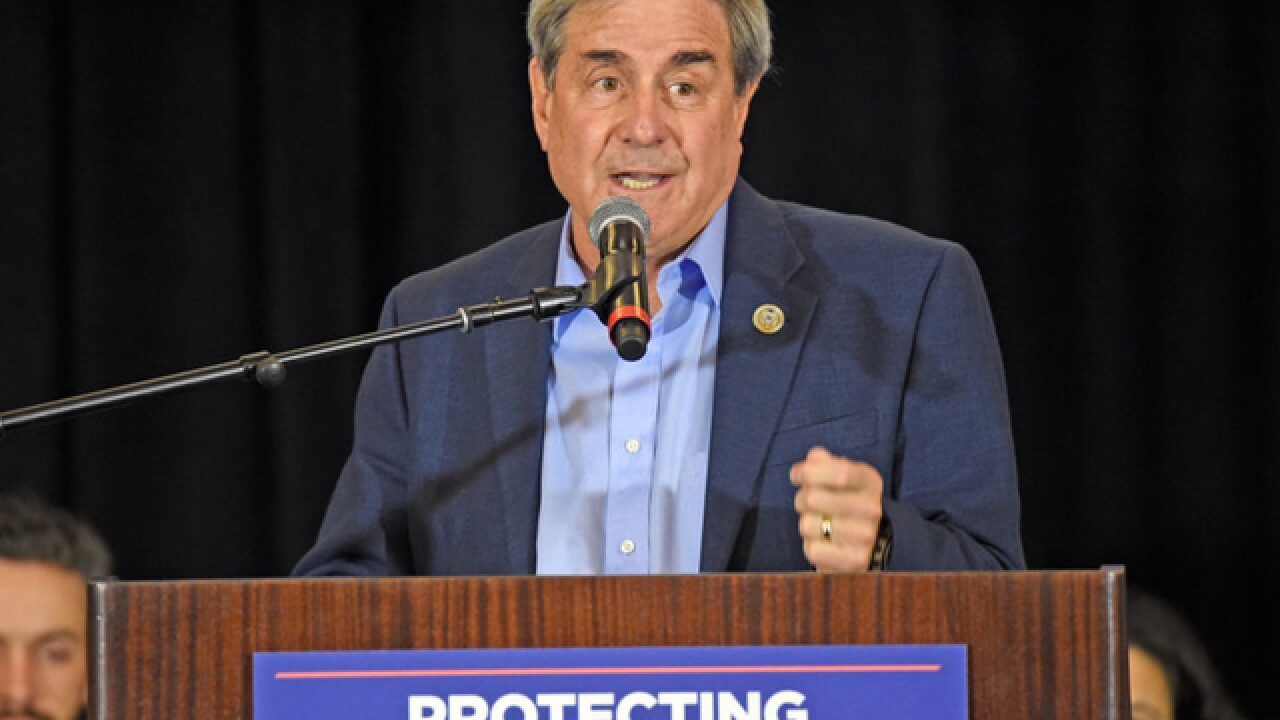 Image copyright 2017 Getty Images. All rights reserved. This material may not be published, broadcast, rewritten, or redistributed.
Stephen Cohen
<p>Rep. John Yarmuth speaks during the Protecting Working Families Tour at The Galt House Hotel on December 1, 2017 in Louisville, Kentucky. (Photo by Stephen Cohen/Getty Images for MoveOn.org)</p>

LOUISVILLE, Ky. (AP) — Kentucky's only Democratic congressman is poised to assume a committee chairmanship when his party takes control of the U.S. House, an expanded role he intends to use to delve into overarching issues including health care, climate change and immigration.

The Louisville Democrat said he wants to broaden its scope to wade into issues such as tax cuts, climate change and immigration to examine their impact on the federal budget. Another subject he wants to explore is the fiscal impact of a Medicare-for-all health care system.

"These are discussions that really never occur in Washington," Yarmuth said in a phone interview a day after he won re-election in the Louisville-area 3rd District. "Those kinds of discussions would be really useful for the country."

Yarmuth's rise within Democratic ranks will give Kentucky another influential voice in Congress. The state's two senior Republicans are Senate Majority Leader Mitch McConnell, who sets the Senate's agenda, and U.S. Rep. Hal Rogers, an influential voice on appropriations.

On other matters, Yarmuth voiced support for Nancy Pelosi, who is seeking to reclaim the gavel as House speaker.

He said the new Democratic House majority should be aggressive in investigating Republican President Donald Trump, his business dealings and the inner workings of his administration. But he tamped down talk of impeachment — a stand he took during the campaign.

"I don't think we should waste time on impeachment resolutions, even though I think he's committed impeachable offenses," Yarmuth said Wednesday. "Because impeachment is a political process, not a legal one. It has to be bipartisan or it would have no credibility with the nation."

Yarmuth has accused Trump of violating the U.S. Constitution's provision banning the acceptance of gifts from foreign and domestic interests.

The veteran congressman said he supports Pelosi's bid for speaker because of her track record of negotiating with a Republican president. Her first stint as speaker overlapped with George W. Bush's presidency.

"She's the only person in the caucus who has had experience negotiating with the president of the other party," Yarmuth said. "And that's really important with Trump."

With Congress soon to be divided between a Republican Senate and a Democratic House, there are issues that could overcome partisan discord, Yarmuth said. He pointed to an infrastructure bill and criminal-justice changes as issues potentially ripe for deal making.

He predicted House Democrats will push aggressively for other priorities, even if those measures are stymied by Senate Republicans. Those issues include passing gun-safety legislation featuring universal background checks, he said.

"What we will be trying to do — aside from holding the Trump administration accountable, which is a top priority — is to show the American people what a Democratic government would look like," he said. "Whether they're enacted or not, the American people will get to see — looking forward to 2020 — what it could be like, which I think is important."