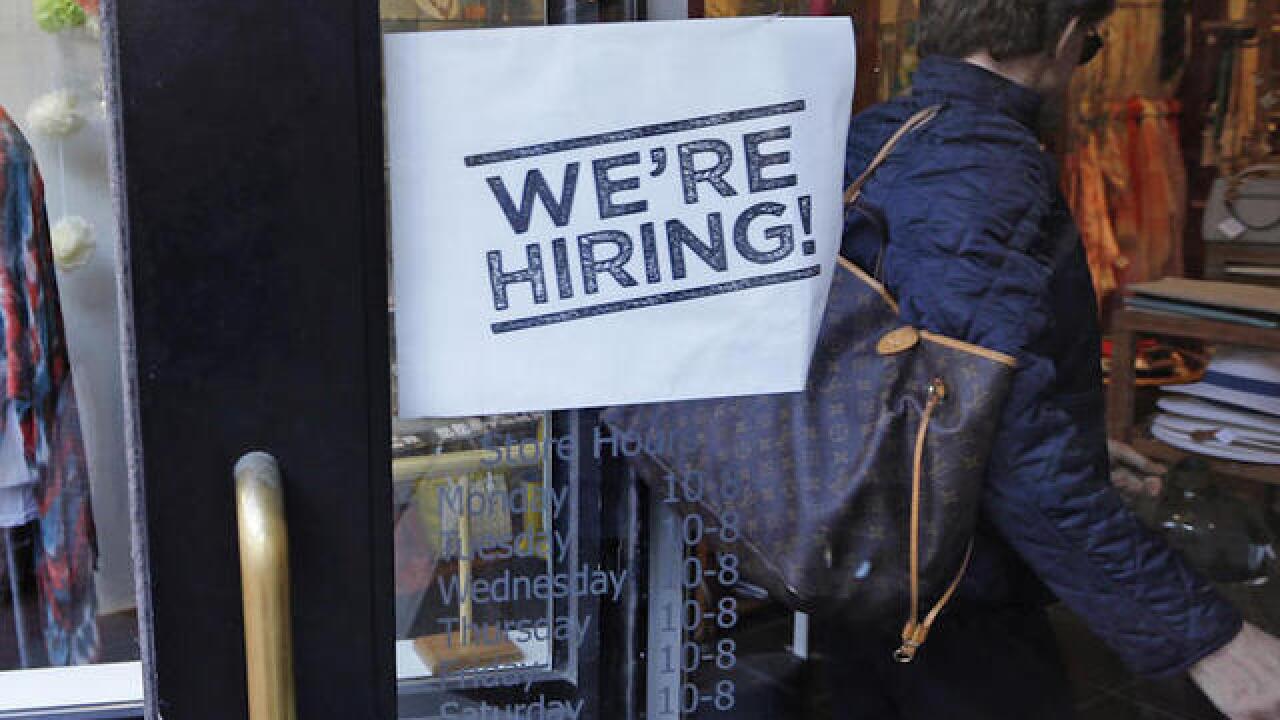 Copyright Associated Press
Charles Krupa
<p>In this Wednesday, May 18, 2016, photo, a woman passes a "We're Hiring!" sign while entering a clothing store in the Downtown Crossing of Boston. On Thursday, May 26, 2016, the Labor Department reports on the number of people who applied for unemployment benefits the week before. (AP Photo/Charles Krupa)</p>

The Kentucky Center for Statistics says jobless rates rose during that period in Owen, Monroe and Metcalfe counties. The rates stayed the same in Nelson and Lyon counties.

The state's highest unemployment rate was in Magoffin County at 11.7 percent.