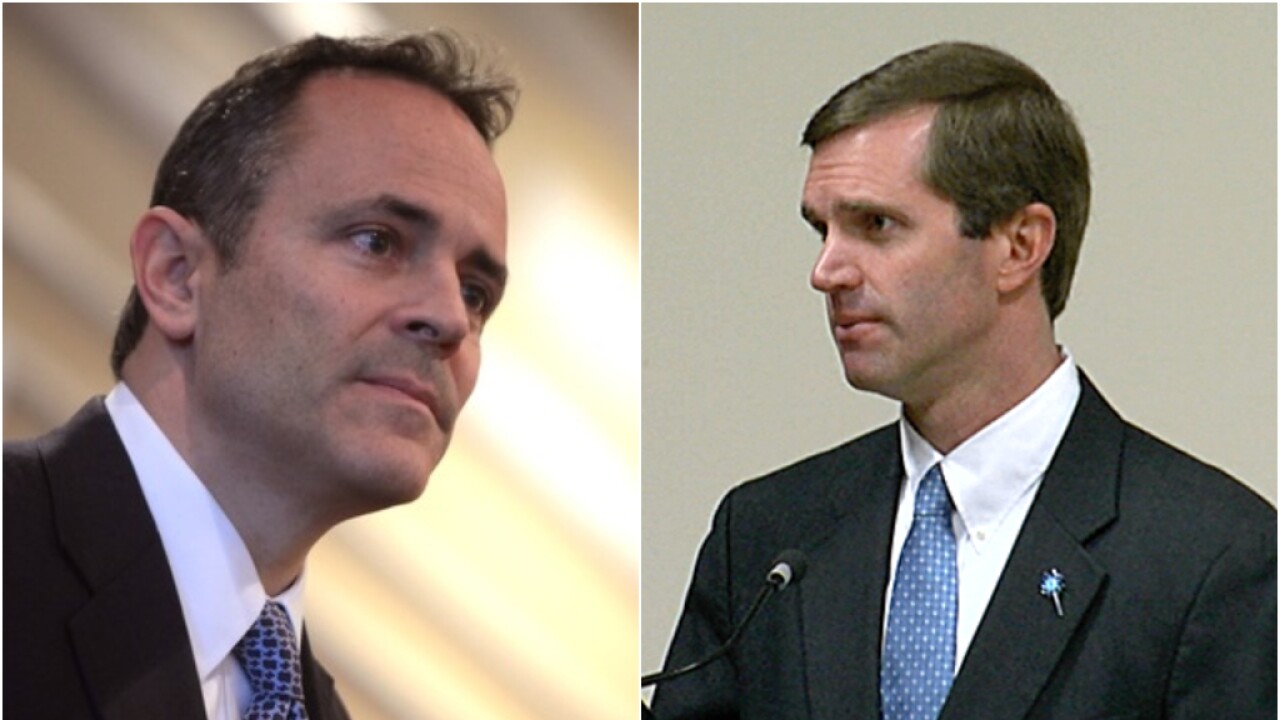 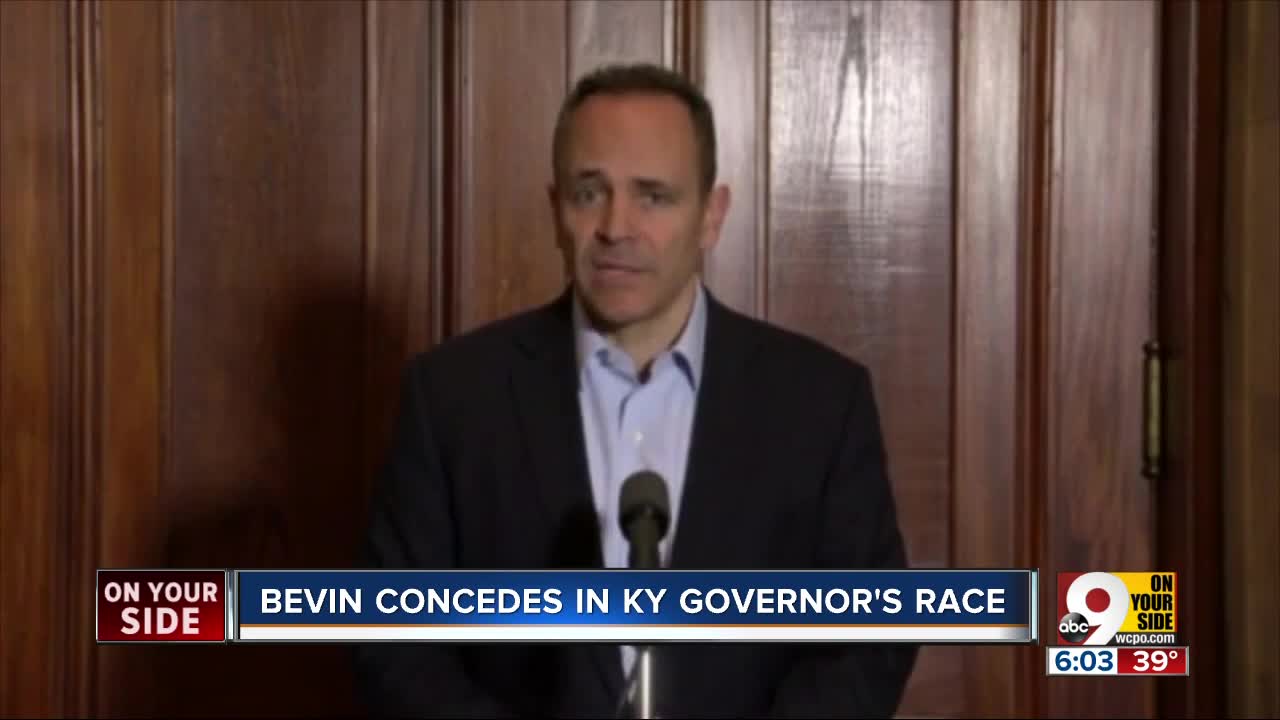 At a press conference in Frankfort, the Republican governor said he would not contest the results of the election, which showed Bevin trailing Democrat Beshear by more than 5,000 votes.

"I truly wish the attorney general well as the next governor of this state as he assumes these responsibilities," Bevin said.

Bevin alluded to possible fraud in Kentucky's election, leading him to call for a recanvass. He ultimately said Thursday he would not pursue a recount, adding that "it isn't fair to throw that on our legislature to try to find something that there just isn't."

Bevin also called for "integrity in the election process," saying “there is not any real sense of transparency with how the voting process works."

Election officials across Kentucky double-checked vote totals Thursday after the Nov. 5 election. Bevin had acknowledged that the statewide recanvass was highly unlikely to change the outcome.

Secretary of State Alison Lundergan Grimes was expected to announce results of the recanvass later Thursday. A recanvass is a check of the vote count to ensure the results were added correctly. It was not a recount, meaning officials in each of Kentucky’s 120 counties have not been checking individual ballots.

Campbell County officials said vote totals had not changed after their recanvass Thursday morning. Beshear won the county with 16,352 votes to Bevin's 14,587, according to the Campbell County Clerk.

“There are 66 precincts in Campbell County,” said County Clerk Jim Luersen. “Each precinct has two machines. So we run tapes on each of two machines for all 66 precincts and then we compare them to our election night totals.”

Kenton County also reported no change in votes Thursday. Beshear narrowly won there with 25,479 votes to Bevin’s 24,936, according to the Kenton County Clerk.

Bevin won Boone County with 23,000 votes, while Beshear took 16,947, according to results dated Nov. 5 posted on the Boone County Clerk’s website, and Thursday's recanvass did not change the results, the county clerk confirmed.

Bevin, an ally of President Donald Trump, insisted on this process even though he was under no illusions that the recanvass would change anything.

“There might be some adjustment, but it usually may be a number moves up and a number moves down,” he told The Associated Press Wednesday. “But it’s not likely to be a material change.”

Bevin’s options after the recanvass include contesting the election, which could put the outcome in the hands of the GOP-led legislature.

“This is usually the last step," Campbell County Clerk Luersen said. "In this particular race, the governor could ask for the legislature to get involved, but that would be up to the candidate."

Previously asked if he would concede if the vote totals stayed about the same, Bevin replied: “We’ll cross that bridge when we come to it.”

The last time Kentucky lawmakers decided a governor’s race was the 1899 election, in a dispute marked by the assassination of the Democrat who was declared the winner.

Bevin faced a growing chorus of Bluegrass State Republicans urging him to accept the results of the recanvass unless he could point to evidence of substantial voter fraud. Bevin told the AP on Wednesday that he knows “for a fact” that ballots were counted illegally, making references to absentee ballots without offering explicit examples of wrongdoing.

Beshear, the attorney general and the son of a two-term Kentucky governor, has declared victory and begun preparing to become governor next month.

Last week’s election results showed Bevin trailing Beshear by more than 5,000 votes out of more than 1.4 million cast, for a lead of less than 0.4 percentage points.