After more than a century, a Kentucky Union soldier's hidden grave will be moved to cemetery 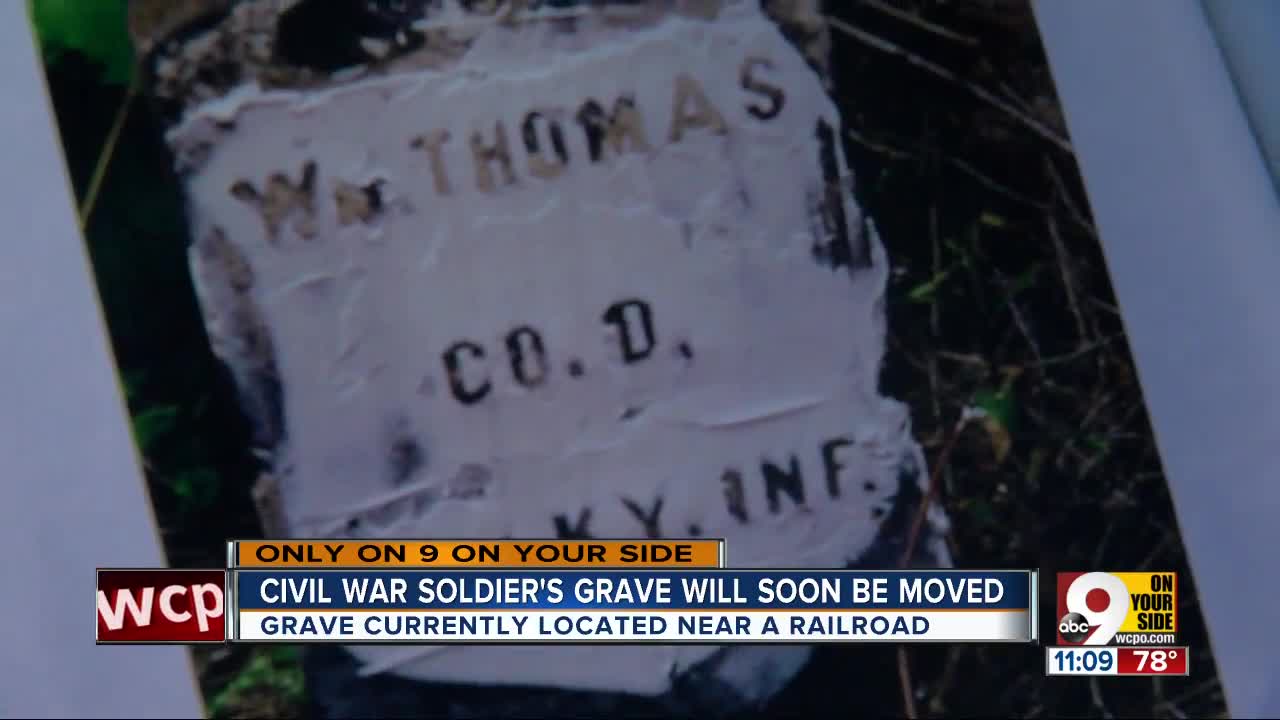 William Thomas, a Union soldier whose headstone marked him a member of the 16th Kentucky Volunteer Infantry Regiment, has been sleeping six feet underneath an obscure corner of his family's former property.

FOSTER, Ky. — Andrew Jones never minded the dead man in his back yard. William Thomas, a Union soldier whose headstone marked him a member of the 16th Kentucky Volunteer Infantry Regiment, spent Jones’ entire childhood sleeping six feet underneath a tangle of vegetation beside the train tracks.

He won’t be there much longer.

Instead of letting it happen, the company will pay to have the soldier re-interred at Johnsville Cemetery, where his grave will be preserved and kept safe from other disturbances.

“I think (it’s) definitely the respect he’s due,” Jones said. “Being a soldier, I’d love to see some type of military honor to recognize his efforts.”

Although the dates of his birth and death are a mystery, the Bracken County Historical Society uncovered a few details about Thomas’ life. He was born on the property where he would one day be buried, the only boy in a family with at least four girls. His service in the Kentucky 16th meant he likely spent much of his military career in the Bluegrass state and may have participated in the 1863 Siege of Knoxville.

Historians don’t know how he died. The only recorded deaths in his family, in fact, are those of his mother, Margaret — killed by a gunshot to the head — and father, Hiram — sentenced to hang in 1867 for killing Margaret.

At least some of William Thomas’s sisters married local and extended the family line. Their descendants helped pick out the spot for his new grave in Johnsville, according to the Bracken County Historical Society.

“The most important thing is that his grave won’t be forgotten,” Jones said.

Thomas’ remains will be exhumed and re-interred next week, according to CSX.