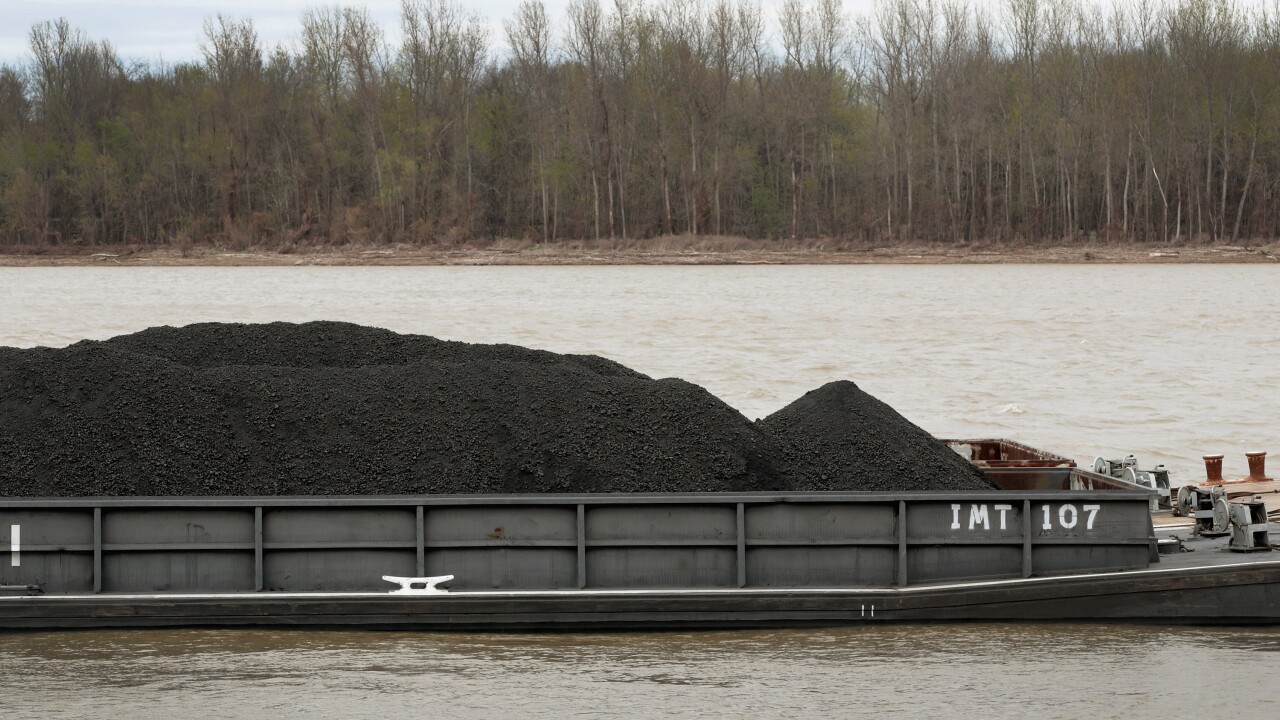 LOUISVILLE, Ky. (AP) — Three coal barges sank in the Ohio River near Louisville Wednesday after they broke loose from their tugboat when one hit a bridge.

The Courier-Journal reports the tug was pushing 15 loaded barges when one struck the Clark Memorial Bridge around 8 p.m. Tuesday. Six barges were recovered but the others floated downstream and were pinned against a dam.

Lt. Cmdr. Michael Metz is a spokesman for the U.S. Coast Guard Sector Ohio Valley. He told the paper his agency and others are working around the clock to recover the remaining barges, including those that have sunk.

Metz said they have contacted the Kentucky Department for Environmental Protection and the Ohio River Valley Water Sanitation Commission since the barges were loaded with coal.