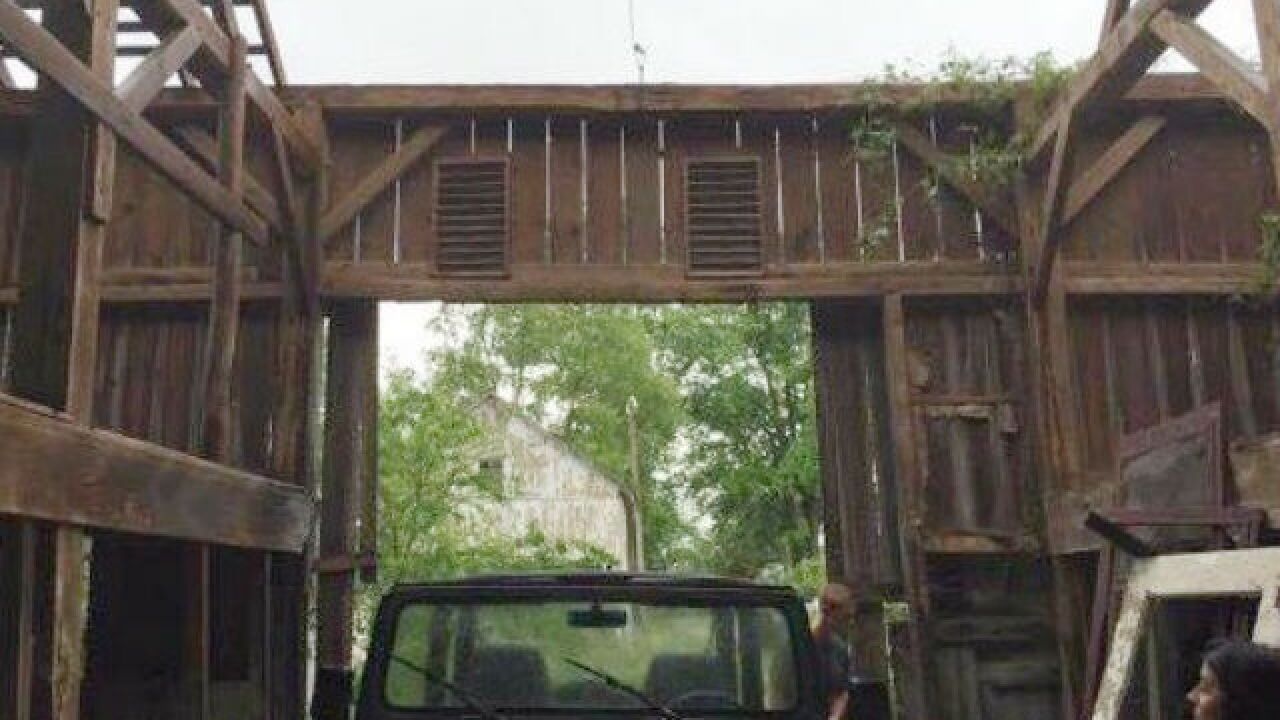 WHIO
<p>A tornado blew the roof off this barn near Richmond, Indiana. (Provided)</p>

RICHMOND, Ind. - The National Weather Service has confirmed that a small tornado touched down briefly in Wayne County near Richmond Saturday evening.

The EF0 tornado, with maximum wind gusts of 85 mph, struck at approximately 6:24 p.m.,  the NWS announced Sunday. It said the tornado was 150 yards at its widest and traveled 1.25 miles.

An EF0 tornado is the mildest on the Enhanced Fujita Tornado Damage scale, which estimates wind strength based on damage.

A barn lost its roof and trees were downed, but damage was limited. No injuries or fatalities were reported.

At least three residents observed the tornado, according to the NWS' report. One of the residents was pinned against a door as the wind passed through their home, knocking down objects inside.

READ more on the tornado from our news partner, WHIO.