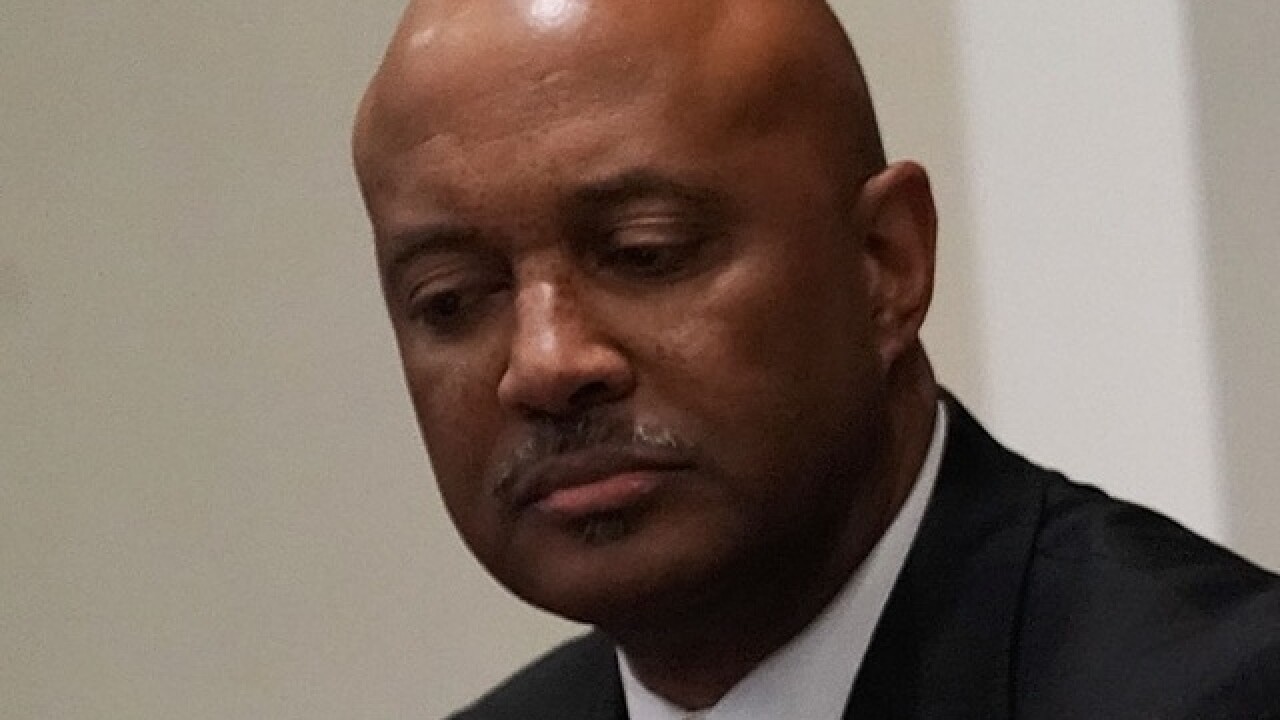 Image copyright 2018 Getty Images. All rights reserved. This material may not be published, broadcast, rewritten, or redistributed.
Alex Wong/Getty Images
<p>WASHINGTON, DC. May 18, 2018. Indiana Attorney General Curtis Hill participates in a panel discussion titled "Successes in the States" at the Eisenhower Executive Building of the White House in Washington, DC. The White House hosted a summit to discuss prison reform.</p>

INDIANAPOLIS (AP) — A lawyer for Indiana Attorney General Curtis Hill said Wednesday that calls for the Republican's resignation over allegations that he drunkenly groped a state lawmaker and three legislative staffers are "pure hysteria" based on a flawed initial investigation.

Attorney Kevin Betz said "false and malicious" information about Hill was in a confidential memo prepared for legislative leaders about a party held at an Indianapolis bar. The memo was leaked to the media, and three of the women later publicly confirmed that they reported being inappropriately touched by Hill during the March 15 party, which was held to celebrate the end of the legislative session.

Betz didn't say the women lied to investigators but echoed claims previously made by Hill that the memo's description of his alleged behavior differs from what two of the women described in their public statements.

Betz said the disparities could be grounds for a defamation lawsuit against yet unnamed people, including whoever leaked the report, and calls into question the demands for Hill's resignation from Republican Gov. Eric Holcomb and GOP legislative leaders.

"If they want to be purely hysterical, they're welcome to do that, but based on flawed, false information that disregards the truth. And the truth I'm talking about is by the admission of the women who have come forward," Betz said during a news conference.

Holcomb's spokeswoman declined to comment on Betz's claims, saying the governor was waiting for Indiana Inspector General Lori Torres to finish investigating the case and turn her findings over to a special prosecutor. A spokesman for Indiana House Democrats also declined comment.

Hill, who is married, is a staunch social conservative who had been viewed as a rising star in the Republican Party since his election in 2016. Hill has vehemently denied the women's allegations, rebuffed calls to resign and questioned the integrity of the investigations.

Blevins said Candelaria Reardon, in her public op-ed about the incident, doesn't say Hill twice put his hands under her clothing.

In the op-ed, Candelaria Reardon said Hill put his hand on her back, slid it down and grabbed her buttocks. The lawmaker said she told Hill to "back off," but that he approached her again later, put his hand on her back and said: "That skin. That back." Candelaria Reardon said she recoiled before Hill "could touch my buttocks again" and described his behavior as "deviant."

Betz and Blevins noted that drinking was involved at the late-night party. Betz added: "With alcohol flowing, perceptions are a very difficult thing to come to a firm conclusion about." He declined to say whether Hill had been drinking. The memo alleges Hill "was very intoxicated" during the party.

Blevins also cited the memo's account of allegations made by Niki DaSilva, a legislative assistant for the Indiana Senate Republican Caucus. The memo states that Hill groped DaSilva on the buttocks, which Blevins said differs from DaSilva's public account. DaSilva publicly said that Hill slid his hand down her back and, when she tried to push it away, grabbed her hand and moved both their hands over her buttocks, lingering there before letting go.

Gabrielle McLemore, the Indiana Senate Democrats' communications director, also later came forward, saying she was among the four unnamed women cited in the memo. She said Hill cornered her at the party and asked, "Do you know who I am?" and proceeded to massage her back.

Though spokespeople, McLemore and Candelaria Reardon declined comment Wednesday. A message seeking comment from DaSilva was left with the Indiana Senate Republican Caucus.