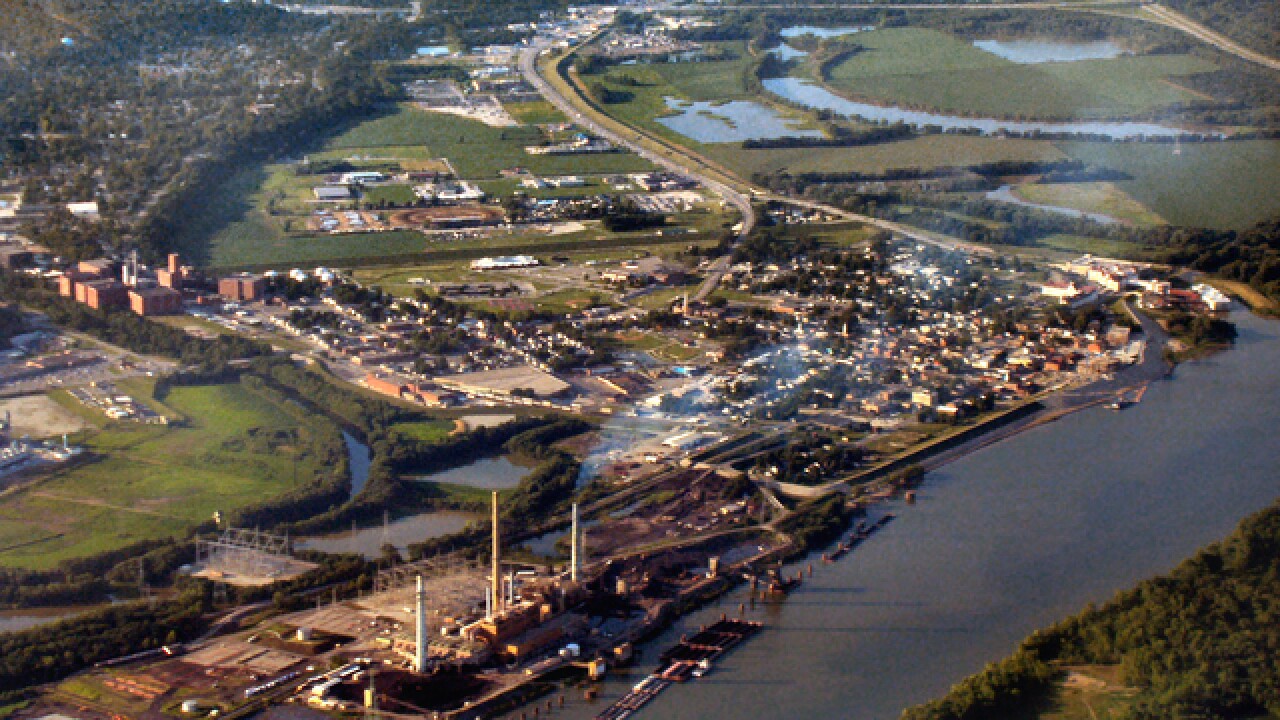 Derek Jensen | Wikimedia Commons
<p>This shot of Lawrenceburg from above shows the former Tanner's Creek Generating Station, which closed in May 2015.</p>

LAWRENCEBURG, Ind. -- The Port of Greater Cincinnati could be getting a nearby neighbor as Indiana considers Lawrenceburg for the state's fourth port.

The Ports of Indiana announced Wednesday that Indiana Michigan Power has agreed to sell its recently retired Tanners Creek coal plant to a brownfield redevelopment company that will evaluate the site for use as a port.

It's been three decades since Indiana last opened a port in Jeffersonville across the river from Louisville, Kentucky.

"This is an incredible opportunity for job growth and economic development not seen since casino gaming came to town," said Lawrenceburg Mayor Kelly Mollaun in a news release. "We look forward to the future as we continue to grow our city as a destination for businesses and families alike.”

Gov. Mike Pence called for this move in his State of the State address in January.

“Infrastructure critical to our state’s economy includes more than just roads,” Pence said. “Indiana’s ports and waterways have been tremendous catalysts for economic growth in this state for decades, and there is great potential here in southeast Indiana to develop a fourth port that will further energize our economy."

St. Louis-based Commercial Development Company, Inc. (CDC) and its affiliates will work with the Ports of Indiana to determine if the facility’s approximately 700 acres of property can be developed as a fourth port.

The Tanners Creek coal electric generation facility, which had a capacity of 995 megawatts when it was retired last year, was a workhorse for Indiana Michigan Power, generating energy from 1951 through May 2015. Indiana Michigan Power is owned by American Electric Power (AEP), which is one of the largest electric utilities in the U.S., serving nearly 5.4 million customers in 11 states.

“Pursuing the development of a new port in southeast Indiana will help drive growth for our 21st century agriculture and advanced manufacturing sectors and attract continued business investment to our state,” said Lt. Governor Eric Holcomb. “The Ohio River has always provided strategic advantages for this region, and Indiana has a strong record of leveraging our transportation assets into economic strength.”

The Ports of Indiana has been evaluating multiple locations in southeast Indiana for potential port developments and has identified the brownfield redevelopment and clean-up of the Tanners Creek facility as a favorable site for further analysis.