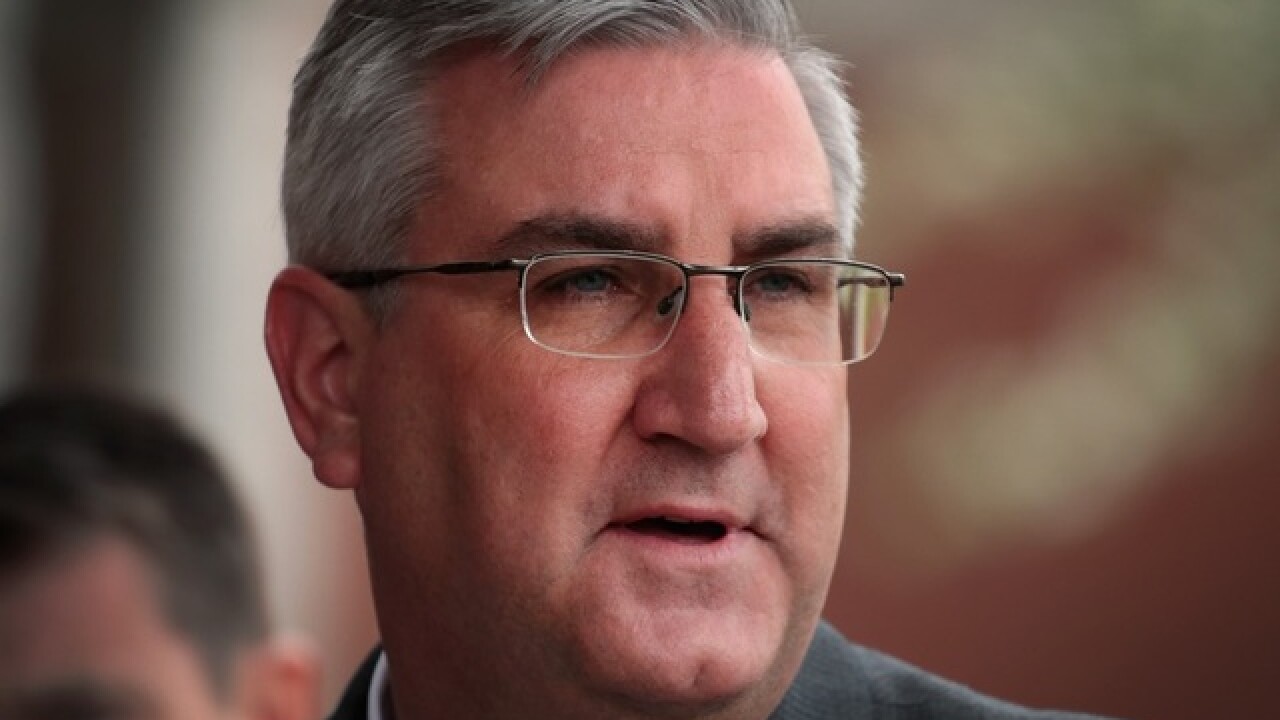 INDIANAPOLIS -- Factory work dwindled as companies moved operations overseas. Indiana, a manufacturing powerhouse where you once could get a good-paying job even without a high school education, was falling behind.

Yet when Subaru started building a plant here, it wasn’t celebrated as a coup for the Republican candidate for governor. Instead, a Democratic challenger was swept into office after running attack ads highlighting that the automaker was Japanese.

In a state where resistance to change is often touted as a virtue, historians say the xenophobic-tinged opposition to the Subaru factory was no exception.

“Isolation, digging a moat around yourself, filling it and saying, ‘We’re good,’ would be retreat from not just competing, but having the opportunity to win.” Holcomb said in an interview with The Associated Press.

“There’s a lot of good about ‘the good old days,’ but there’s a bigger windshield than rearview mirror,” he later added.

In recent months, Holcomb helped persuade India-based outsourcing firm Infosys to establish offices in Indianapolis, bringing a projected 2,000 jobs; got skeptical Republicans in the Statehouse to fund a direct flight between Indianapolis and Paris with hopes of luring European business; and signed an agreement to deepen economic ties with Japan.

On Friday, he will be leading a trade mission to India, his third such trip since taking office in January.

It’s not yet clear whether Holcomb’s efforts will amount to more than baby steps -- or if change-averse Indiana is willing to go along.

If history is any guide, Holcomb is likely to face resistance. His vision of Indiana outcompeting larger commerce centers on the world stage also comes when nostalgia for the past and hostility to foreign trade are powerful political currents that helped elect President Donald Trump.

“Change in Indiana has always been evolutionary -- moderate, slow, sometimes very slow,” said James H. Madison, an emeritus history professor at Indiana University who wrote the state’s definitive history, “Hoosiers.” ″When someone does try to move outside of the comfort zone, often they are slapped back down.”

Around the turn of the 20th century, those who embraced scientific agricultural advances in the agrarian state were often ridiculed as “book farmers.” In the 1920s, anxieties about immigrants and the loose morals of the Jazz Age fanned a surge in Ku Klux Klan membership, including among government officials.

IN DEPTH: The murder that brought down the Klan in Indiana

Then there was former Lt. Gov. John Mutz’s race against Evan Bayh in 1988, in which Bayh attacked Mutz for his support of tax incentives that went to Subaru.

And just two years ago, Indiana -- under then-Gov. Mike Pence -- again found itself resisting change, as lawmakers, amid increased acceptance of same-sex marriage, created a legal defense for business owners opposed to serving gay people. The Legislature made changes to the law, but only after the state’s business community revolted and outsiders threatened to boycott Indiana.

Holcomb’s efforts come as experts say the Rust Belt state needs to develop a skilled workforce for jobs of the future while improving quality of life to make it a more attractive place to live. A 2015 Lumina Foundation report found only 42 percent of central Indiana residents have the education needed for most available jobs.

“We are at an inflection point, like when we moved from an agrarian economy to an industrial economy,” said Jason Kloth, president and CEO of Ascend Indiana, a policy advocacy group supported by some of the state’s largest employers. “It’s going to differentiate the communities that thrive in the next century.”

While Holcomb has largely tried to avoid that issue, he wrote a letter in June welcoming visitors to Indianapolis’ gay pride festival. “Hoosier hospitality means that all are welcomed and valued” regardless of their gender identity or sexual orientation, he wrote.

“It’s superficial.” Blair said. “A good way to make Indiana welcome all would be to update our state’s civil rights law to include sexual orientation and gender identity.”

On the other end of the spectrum, such talk worries conservatives.

“We have a whole body of Republicans who are acting like Democrats and they will face consequences over that,” said Monica Boyer of the conservative Indiana Liberty Coalition.

Mutz, for his part, says he’s encouraged by Holcomb’s efforts to move the state forward.

“Hopefully, it will be good for his political career,” Mutz said. “I won’t say it derailed mine, but it certainly didn’t help.”