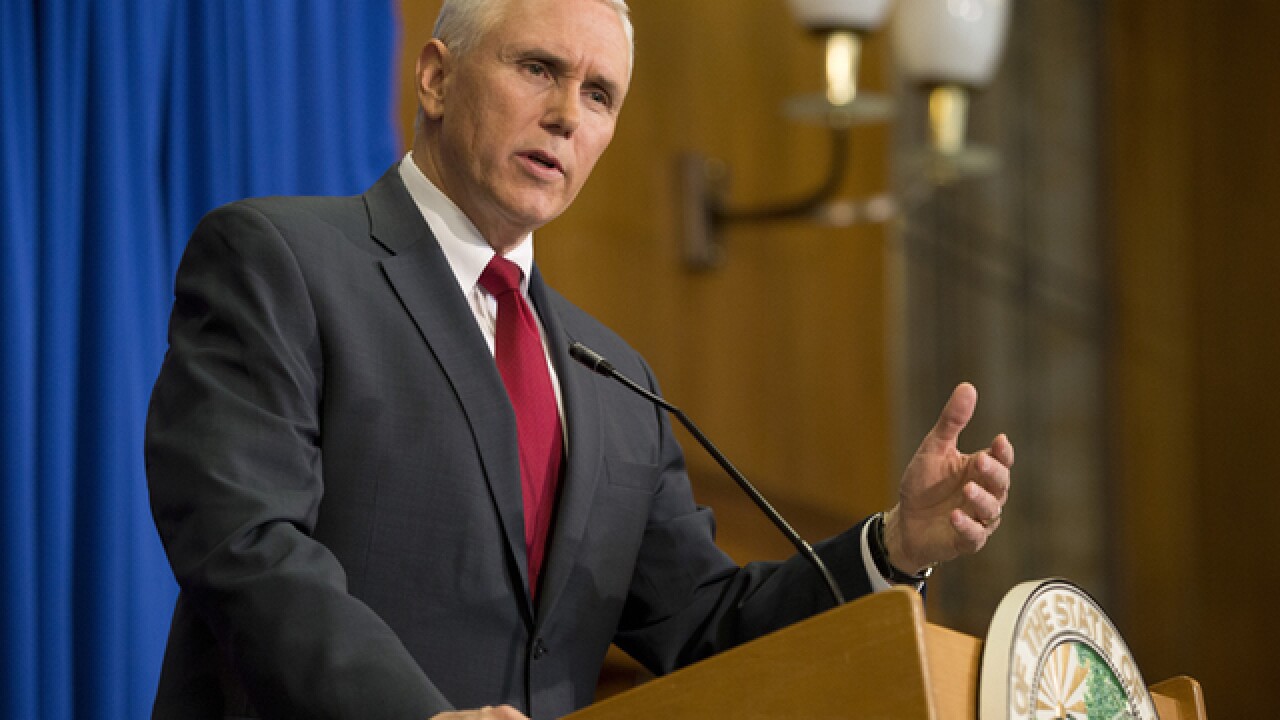 WASHINGTON (AP) -- A spokesman for Indiana Gov. Mike Pence says the governor and his wife met with Republican presidential candidate Donald Trump and his wife Saturday.

Pence spokesman Marc Lotter said Sunday that the two couples had a "warm, productive" meeting before Pence returned to Indiana.

Lotter said they discussed policies Pence has used in Indiana. But the spokesman said "nothing was offered" when asked if Trump discussed the possibility of Pence becoming his running mate.

Lotter referred all other questions to Trump's campaign.

Trump has never held public office and is considering a small group of political veterans as potential running mates.