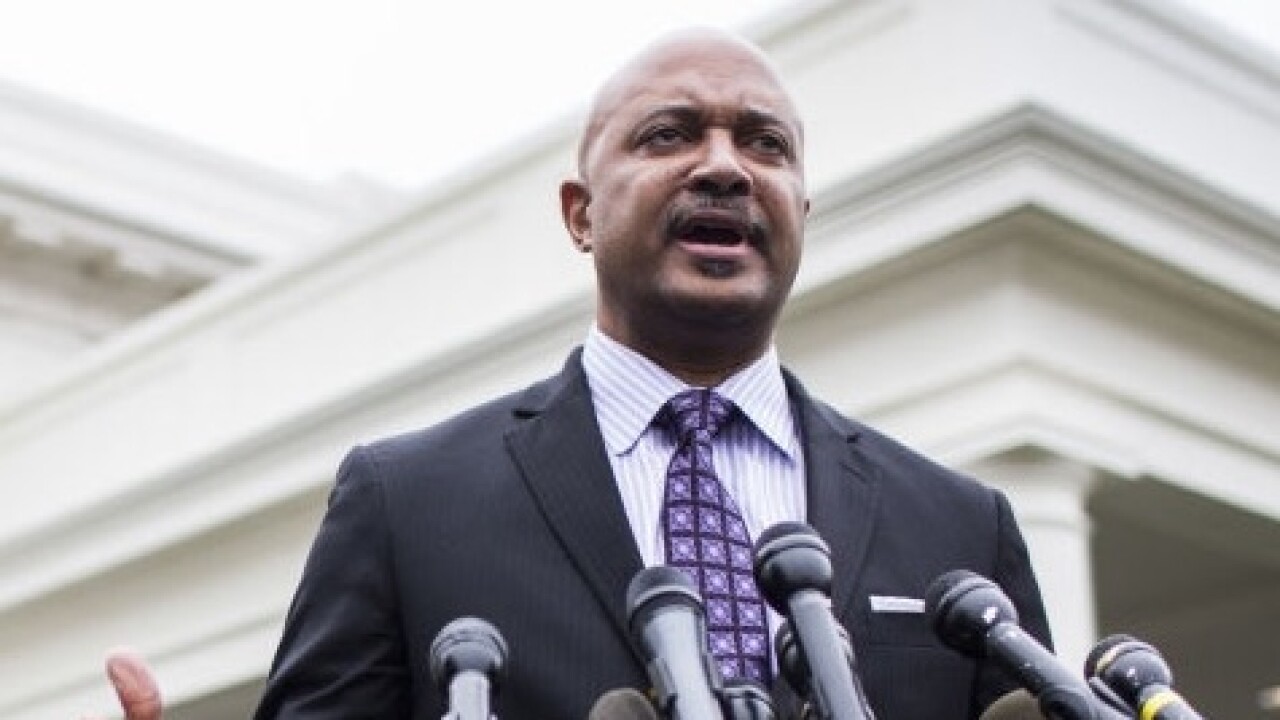 Zach Gibson
Curtis Hill, Indiana attorney general, speaks during a press conference following a meeting with U.S. President Donald Trump, not pictured, on school safety at the White House in Washington, D.C., U.S., on Thursday, Feb. 22, 2018. Trump?called for paying bonuses to teachers who carry guns in the classroom, embracing a controversial proposal to curb school shootings hours after offering a full-throated endorsement of the National Rifle Association.

Hill's attorneys sought the records as they defend him in attorney disciplinary proceedings he faces that could lead to his disbarment as a lawyer.

Former state Supreme Court Justice Myra Selby is the hearing officer for Hill's case. She ruled that Hill's lawyers had shown they couldn't obtain from another source the information contained in the inspector general's report.

Inspector General Lori Torres had argued against the release, but said she accepted the ruling.

The inspector general's report cited eyewitnesses who called Hill's behavior at an Indianapolis bar inappropriate and "creepy" but said he didn't break any state ethics rules. Hill has denied wrongdoing.