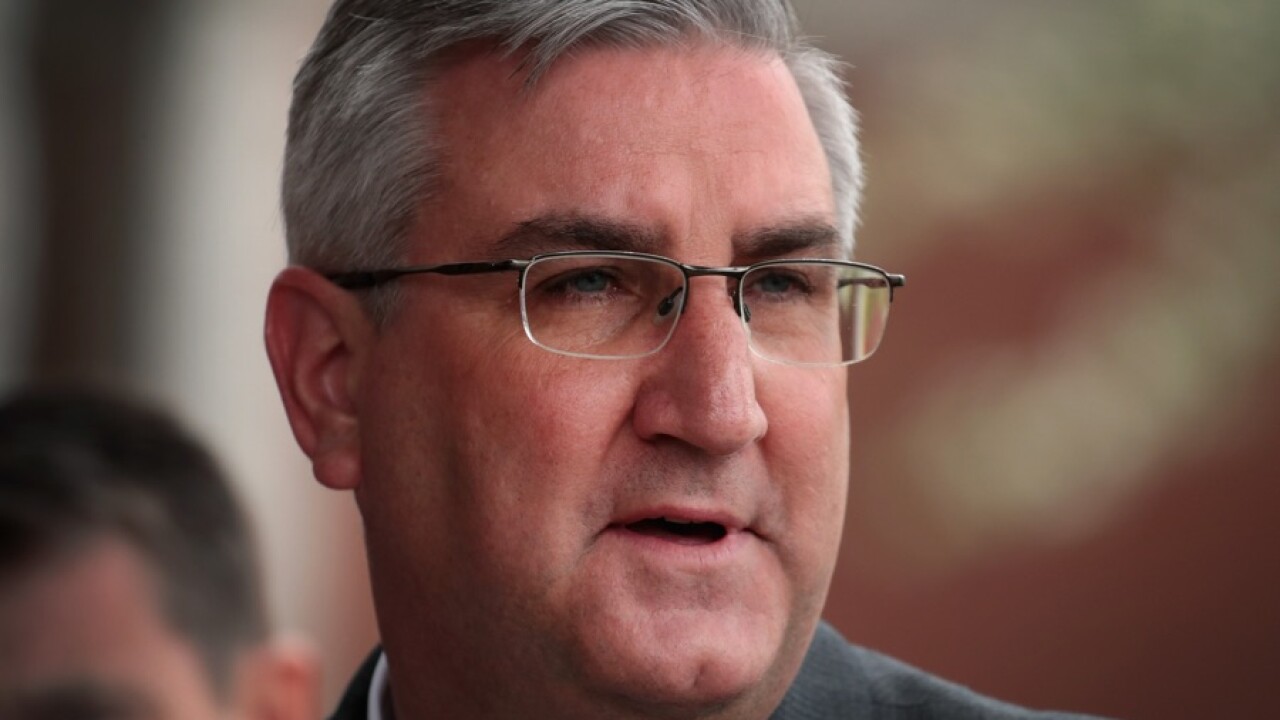 Scott Olson/Getty Images
EAST CHICAGO, IN - APRIL 19: Indiana Gov. Eric Holcomb addresses the media after meeting with former residents and taking a brief tour of the West Calumet Housing Complex with EPA Administrator Scott Pruitt on April 19, 2017 in East Chicago, Indiana. All the residents of the complex were ordered to move by the East Chicago Housing Authority after the soil and many homes in the complex were found to contain high levels of lead. The area has been declared an EPA superfund site. This was Pruitt's first visit to a superfund site since being named the agency's administrator. The complex is scheduled for demolition. (Photo by Scott Olson/Getty Images)

Republican Gov. Eric Holcomb on Monday signed the new budget during a Statehouse ceremony, five days after lawmakers approved it to end this year's legislative session.

One provision trimmed $70 million from Holcomb's request for an additional $572 million over the next two years toward allowing the state's troubled Department of Child Services to keep hundreds of new caseworkers.

Holcomb sought that money to match a boost of $286 million, or about 40 percent, that his administration transferred to the agency last year amid complaints about it being unable to handle a jump in the number of abused or neglected children cases blamed on more drug-addicted parents.

Legislative budget writers say the lower funding level is possible because caseloads in the agency are improving.

Holcomb said during a news conference after Monday's signing ceremony that he believed the agency received what it needed in the budget but that he would be watching its performance.

"We have made progress," Holcomb said. "If we get into a fix, I will do what I did last time and we will make sure that DCS is fully funded should those numbers take a turn."

The state budget plan approved last week in votes along party lines projects that the state will end up with about $2 billion in cash reserves , which would amount to at least 11.5 percent of state spending.

Republicans maintain the reserves protect the state in case of an economic recession and encourage continued business growth, while Democrats argue those figures are unnecessarily high and were reached by ignoring important needs — such as fully funding the child welfare agency.

"Balanced budgets are required, but artificially bloated reserves that come at the expense of so many important programs, organizations and people are contrary to the state's primary goal of meeting the needs of its citizens," said Senate Minority Leader Tim Lanane, a Democrat from Anderson.