Gerald P. Hendy, 73, of Cincinnati killed in crash with semi in Indiana 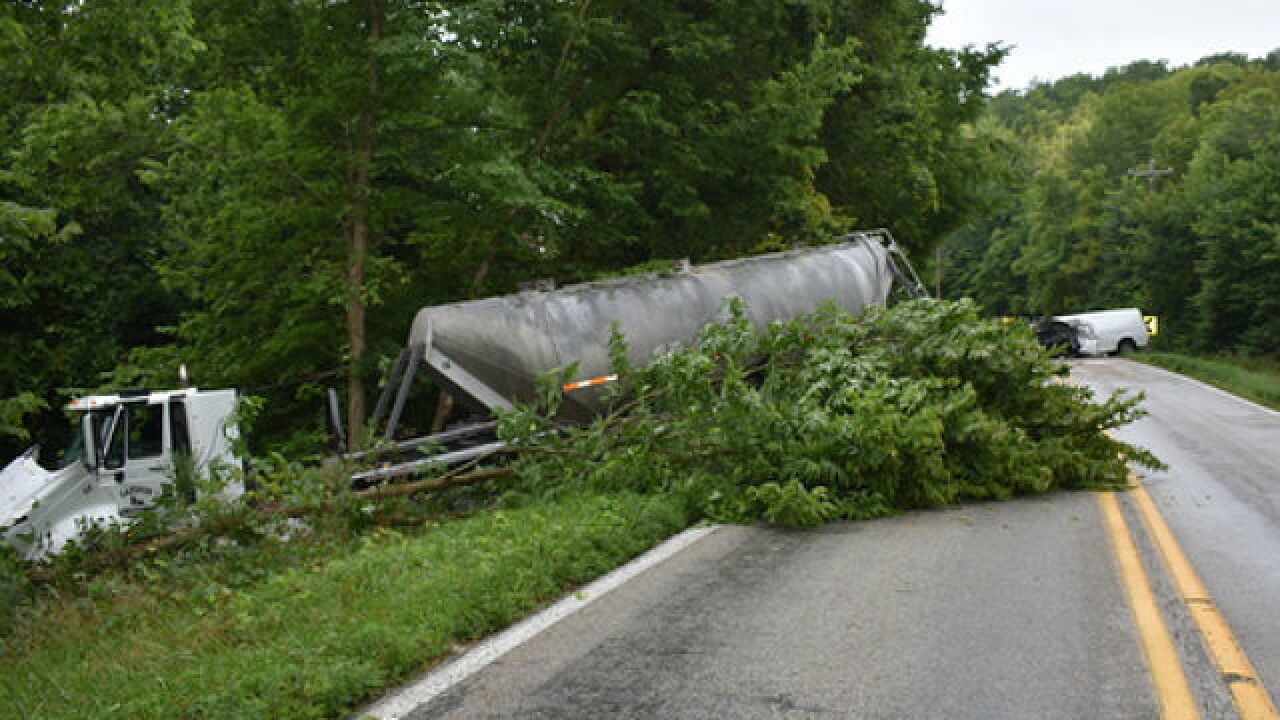 FRANKLIN COUNTY, Ind. – A Cincinnati man was killed when a semi trailer swerved across lanes and struck his van, according to Indiana State Police.

The victim, 73-year-old Gerald P. Hendy, died at the scene, according to a news release.

The crash happened at 5:30 a.m. Wednesday on US 52 near Elkhorn Road in Franklin County.

An ISP Crash Reconstruction Team determined that a 2012 International semi pulling an empty trailer was traveling eastbound on US 52.  As the semi rounded a curve,  the trailer swung wide and struck Hendy’s westbound 1999 Chevrolet van.

The semi driver, Jerry D. Esslinger, 54, of Hartford City, Indiana, was not injured in the collision.

Alcohol is not suspected to be a factor. The investigation is ongoing.