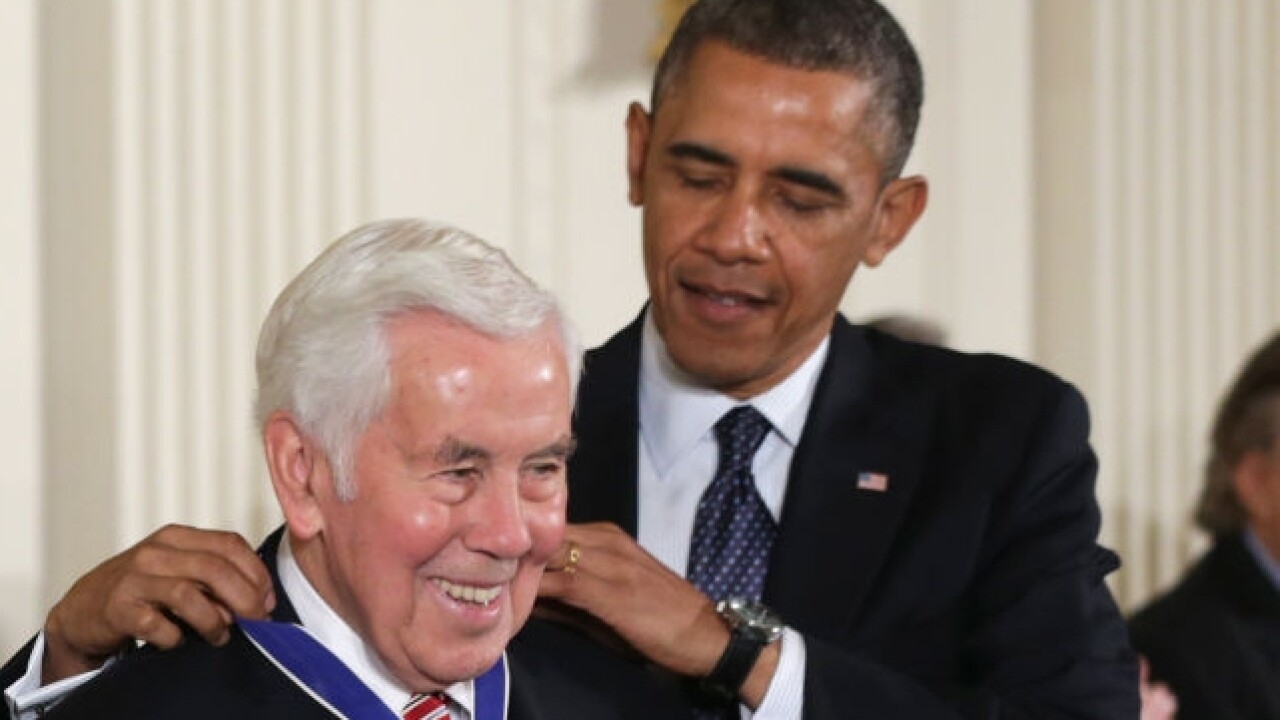 Alex Wong
WASHINGTON, DC - NOVEMBER 20: U.S. President Barack Obama (R) awards the Presidential Medal of Freedom to former U.S. Senator Richard Lugar (R-IN) (L) in the East Room at the White House on November 20, 2013 in Washington, DC. The Presidential Medal of Freedom is the nation&#39;s highest civilian honor, presented to individuals who have made meritorious contributions to the security or national interests of the United States, to world peace, or to cultural or other significant public or private endeavors.

INDIANAPOLIS (AP) — Former longtime U.S. Sen. Richard Lugar of Indiana, a foreign policy expert who helped spur the dismantling and securing of thousands of nuclear weapons in the former Soviet states, has died. He was 87.

Lugar was a Rhodes Scholar who was first elected to the Senate in 1976, after eight years as Indianapolis mayor.

He was a generally loyal conservative but lost his bid for a seventh Senate term in the 2012 GOP primary after attacks over his reputation for cooperation with Democrats and friendliness with President Barack Obama.

Lugar gained little traction with a 1996 run for president, but he focused on the threat of terrorism years ahead of the Sept. 11 attacks.