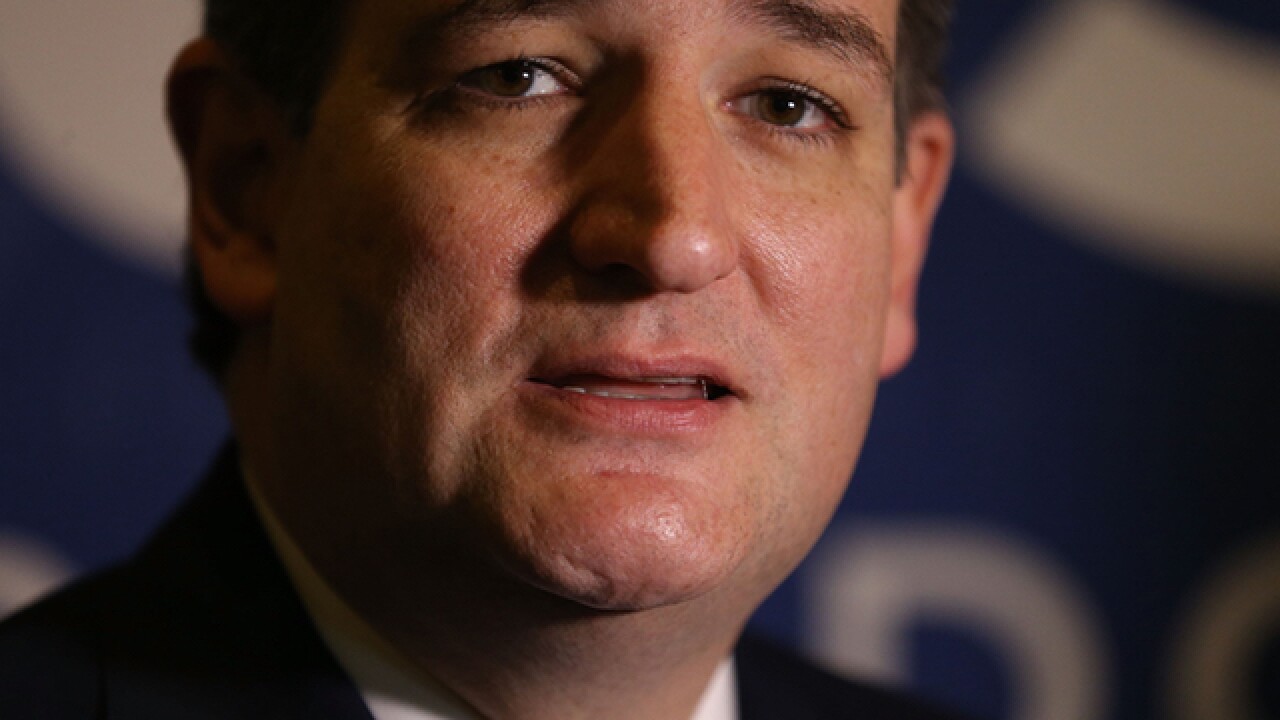 Joe Raedle
<p>INDIANAPOLIS, IN - APRIL 29: Republican presidential candidate Sen. Ted Cruz (R-TX) speaks with the media before participating in a taping of Fox News Channel's The Sean Hannity Show at the Indiana War Memorial on April 29, 2016 in Indianapolis, Indiana. Cruz continues to campaign leading up to the state of Indiana's primary day on Tuesday. (Photo by Joe Raedle/Getty Images)</p>

TERRE HAUTE, Ind. (AP) -- The 2016 presidential campaign rumbled through Indiana Sunday focused on Tuesday's critical primary, even as front-runners Hillary Clinton and Donald Trump itched to fully engage in the one-on-one battle they cast as inevitable.

But the underdogs in both parties made clear they had no plans to exit the race, at least until the Indiana results come in - and perhaps longer.

"We're going the distance," Trump rival Ted Cruz said on ABC's "This Week," arguing that Trump won't be able to get the majority of delegates required to clinch the nomination. "We're going into Cleveland, and it will be a contested convention."

On the Democratic side, Bernie Sanders insisted that his path to the nomination depends on the unlikely prospect of flipping superdelegates who are now committed to Clinton. Superdelegates can vote for the candidate they prefer. The former secretary of state is still 91 percent of the way to the nomination, according to The Associated Press. She is 218 delegates away from winning the 2,383 need to clinch the nomination.

"We have an uphill climb, no question about it," he said, before hopping a plane to Indiana to continue his campaign.

And so the stalemate between the front-runners and their struggling rivals continued.

The frustration was dramatic on the Republican side. Campaigning in Fort Wayne, Indiana, Trump again reiterated that he believes the GOP race is over even though he does not yet have the 1,237 delegates needed to clinch the nomination, and he mocked Cruz and Ohio Gov. John Kasich for failing to exit the race.

"They're hanging by their fingernails," said Trump, who urged the party to come together behind his candidacy. But even if it doesn't, he said, he expects to be the Republican nominee.

At an earlier rally in Terre Haute, Indiana, Trump groused that his rivals were forcing him into "wasting time" that he could otherwise spend raising "money for the Senate races."

That overt offer of fundraising is new for Trump, incentive for Republican leaders to help push Cruz and Kasich out of the race. Senior adviser Paul Manafort further telegraphed the message Sunday on CBS' "Face the Nation," saying that Trump is looking to strengthen ties to "leaders of the Republican Party and various committees to help raise money for them."

Clinton, in Indianapolis, did not bother mentioning Sanders' name. Instead, she criticized Trump for embracing GOP economic policies that have left everyday workers behind. And she took aim at both Trump and Cruz for wanting to "slash taxes on the wealthy" and for using "dangerous" rhetoric about Muslims.

Cruz wasn't surrendering to the delegate math, even after a tough week in which former House Speaker John Boehner called him "Lucifer in the flesh" and "a miserable son of a bitch." Cruz pointed out on several political talk shows that Indiana Gov. Mike Pence and former California Gov. Pete Wilson have endorsed him and that Trump can't get a majority of Republicans to back him.

The Cruz campaign has put an emphasis on Indiana and a loss here could be perceived as crippling to his campaign, which is perhaps why the candidate himself has shifted to talking about competing in next month's California primary and beyond.

Trump dominated the talk show conversation Sunday. On ABC, the first question posed to former CIA director and defense secretary Robert Gates was about what a Trump candidacy would mean for the nation's national security.

"I think based on the speech, you'd have somebody who doesn't understand the difference between a business negotiation and a negotiation with sovereign powers," Gates, who has worked for both Republican and Democratic presidents, replied.

Meanwhile, Sanders was facing a new round of questions about why he was even still running.

"It's difficult, it's not impossible," Sanders said on CBS's "Face the Nation" of his increasingly bleak challenge to Clinton.