Daycares will likely close this week 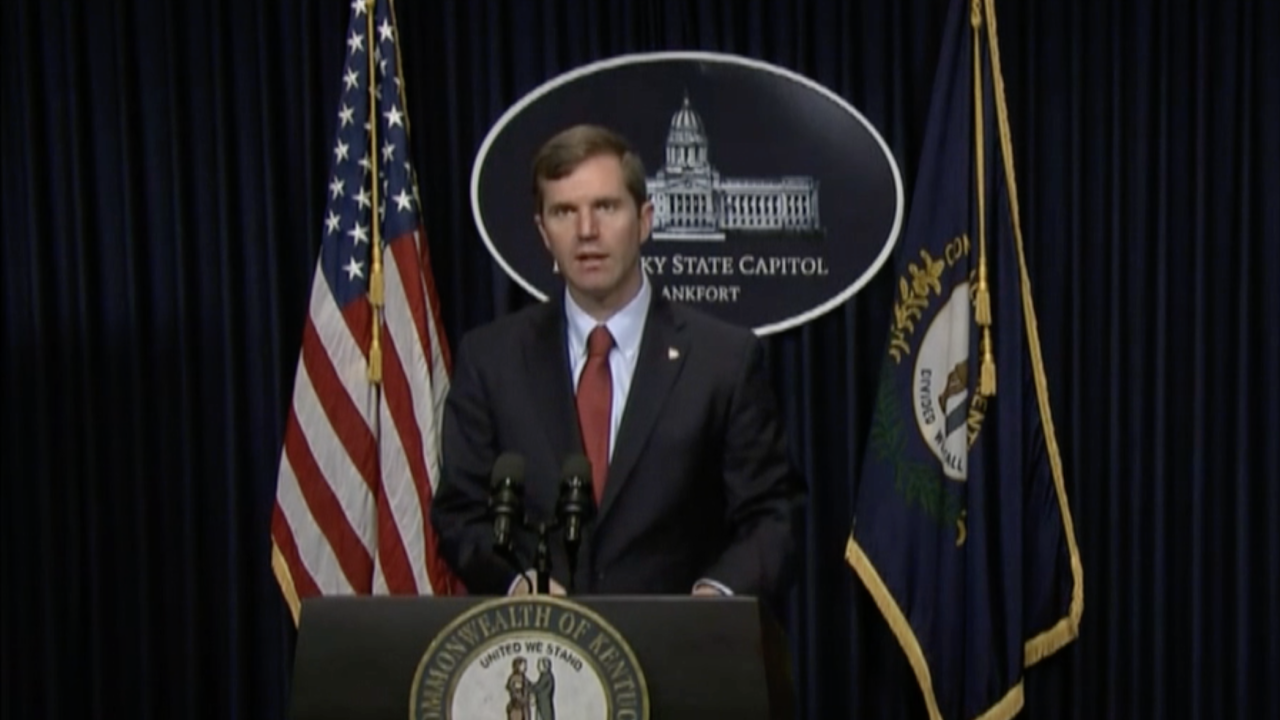 Copyright 2020 Scripps Media, Inc. All rights reserved. This material may not be published, broadcast, rewritten, or redistributed.
Provided
Gov. Andy Beshear provided an update on the state&#39;s COVID-19 cases on Monday, March 16, 2020.

FRANKFORT, Ky. — One person in Kentucky who had COVID-19 has now died, and Gov. Andy Beshear announced the statewide closure of bars and restaurants.

The 66-year-old Bourbon County man is the first person in the state with the virus to die. Beshear said there were other factors that contributed to the man's death.

“There were numerous factors that led to this point, the coronavirus was only a factor,” Beshear said.

In addition, Beshear is ordering all dining rooms in Kentucky bars and restaurants to close. That order is expected to take effect at 5 p.m. Monday, but it is not yet finalized.

Beshear said childcare centers should plan to close later this week, and the state Capitol will close to non-essential personnel starting Tuesday.

There were 21 confirmed cases of COVID-19 in the state at the time this story published.

Starting Tuesday, Beshear will only give live updates at 4 p.m. each day.