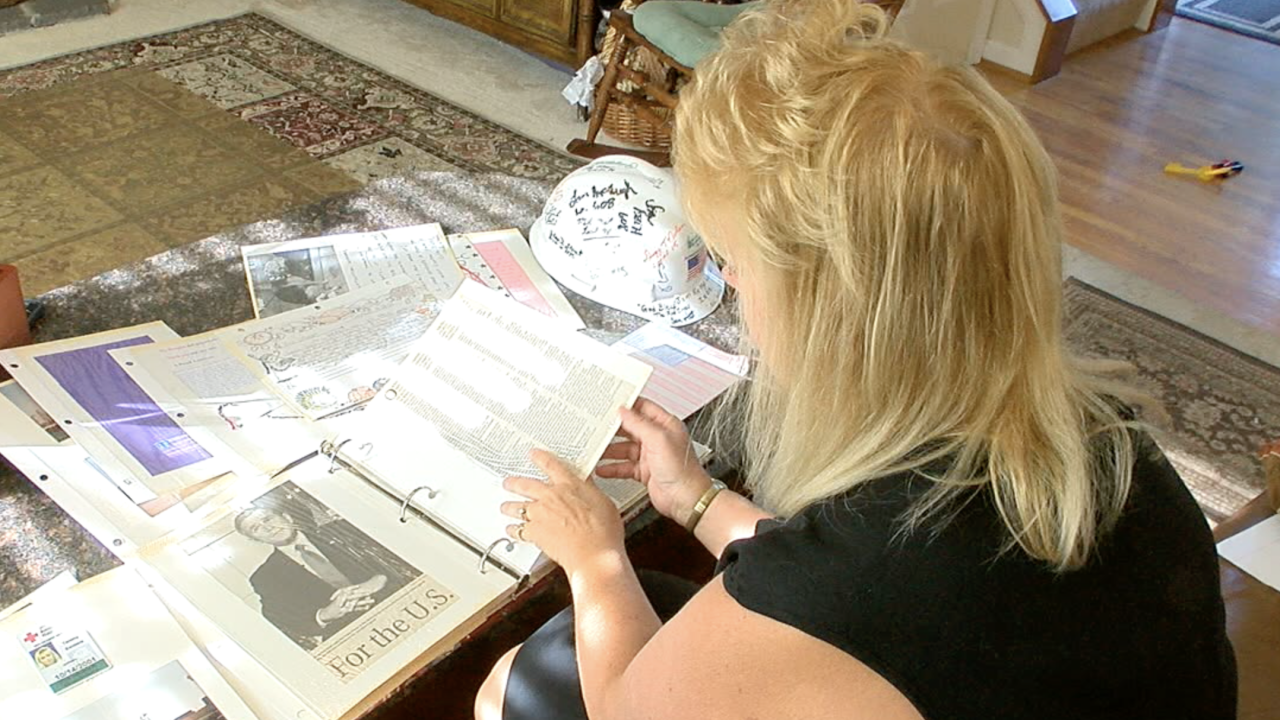 WCPO
Red Cross volunteer Tammy Simendinger flips through a scrapbook filled with her memories of the 9/11 terror attacks. 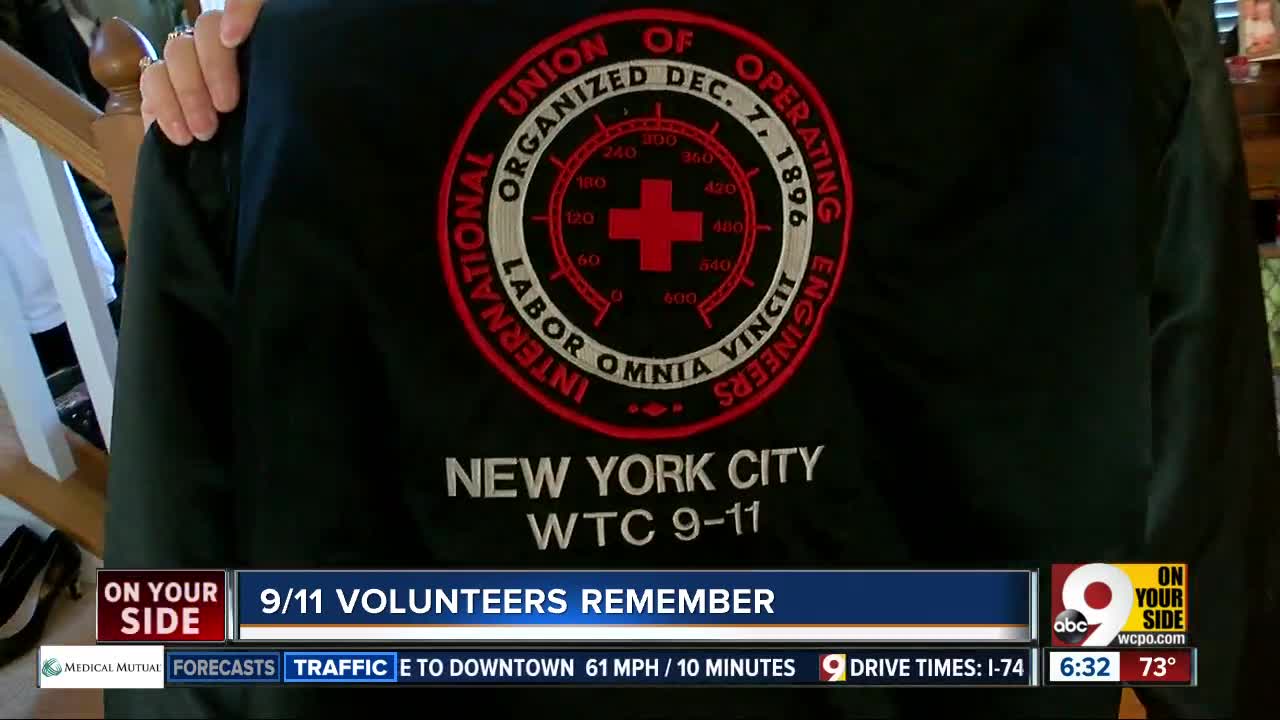 It’s been 18 years since the terror attacks on Sept. 11, 2001. As the country was gripped in grief, many Cincinnatians were called to action, like Gary Miller.

“What we saw first was, we were walking through papers. Thousands of papers,” Miller said. “By this time the buildings had already collapsed.”

Within minutes of the attack in New York City, the American Red Cross notified Miller that he would serve as a job director at ground zero.

The Red Cross mobilized more than a million volunteers after the attacks and the weeks that followed.

“We knew that people had died, naturally,” Miller said. “But we had no idea how many came out of the building. Just the enormity of itself. If somebody said they weren’t frightened at all, they were lying, you just didn’t know what to do.”

Tammy Simendinger went to New York nine days after the attack, and said the heartbreak was still raw.

“I was walking on ground zero, I was working with the workers to make sure they had boots, gloves, all that stuff,” she said, “and I looked over and I saw this parking garage. And that's when I lost it.”

The parking garage, Simendinger said, was full of cars covered in soot. She knew many of the people who owned those cars were no longer alive.

Simendinger remembers families launching their own searches for missing loved ones as well.

“All over New York City there was boards of messages. Message boards,” she said. “Have you seen them? Have you done this? And you'd leave messages for people. I think that's the thing that gets me.”

Simendinger said she worries the lessons learned on 9/11 are starting to fade.

“We said back there we would never forget. I think people are forgetting that we're all Americans. And that we need to love more. Everybody's human. And we gotta stop the hate and start loving more,” she said.