Pope during Easter vigil: reject the 'glitter of wealth' 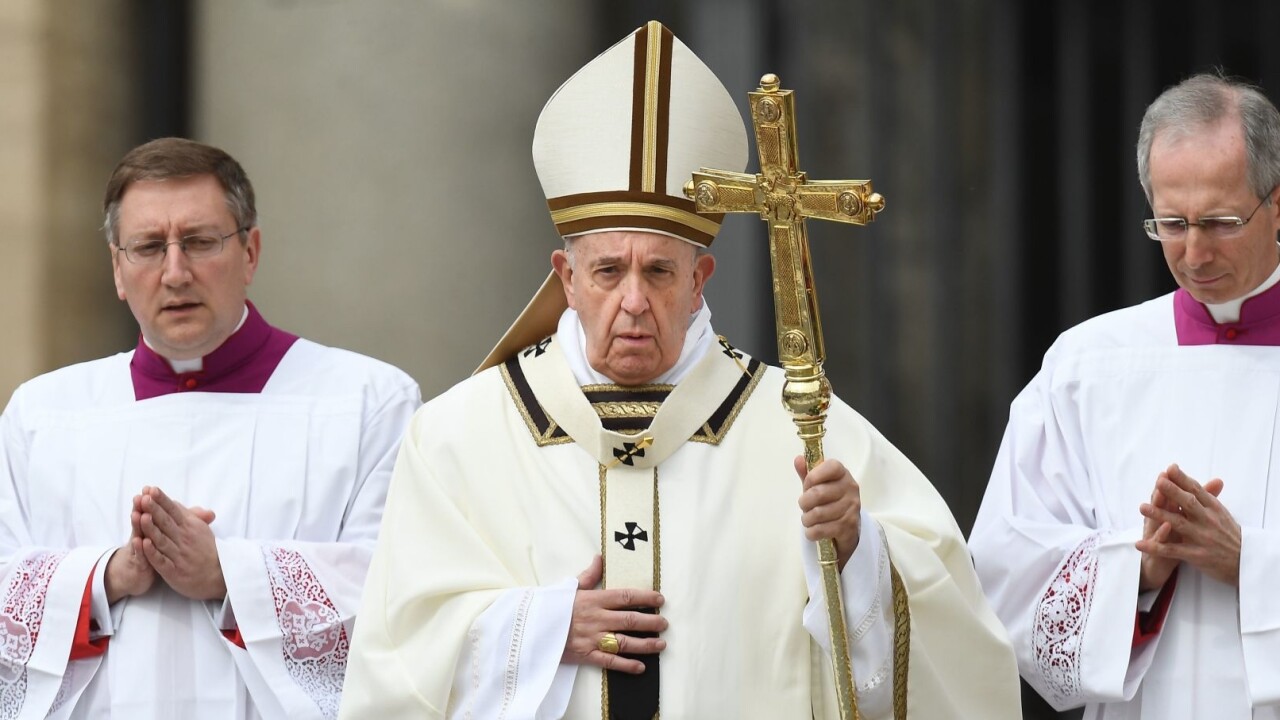 Vincenzo Pinto
Pope Francis celebrates the Easter Sunday mass on April 21, 2019 at St. Peter&#39;s square in the Vatican. - Christians around the world are marking the Holy Week, commemorating the crucifixion of Jesus Christ, leading up to his resurrection on Easter.

VATICAN CITY (AP) — At an Easter vigil in St. Peter's Basilica, Pope Francis on Saturday encouraged people to resist cynicism or pursuing the "glitter of wealth," and to avoid seeking life's meaning in "things that pass away."

"Do not bury hope!" Francis exclaimed, after noting that when things go badly, "we lose heart and come to believe that death is stronger than life."

For Christians, Easter is a day of joy and hope, as they mark their belief that Jesus triumphed over death by resurrection following crucifixion.

"Sin seduces; it promises things easy and quick, prosperity and success, but leaves behind only solitude and death," the pope said. "Sin is looking for life among the dead, for the meaning of life in things that pass away."

Encouraging the faithful, Francis said: "Why not prefer Jesus, the true light, to the glitter of wealth, career, pride and pleasure?"

At the start of the ceremony on Easter's eve, Francis, dressed in white robes, slowly carried a lit candle up the aisle of a darkened St. Peter's Basilica. At the chant in Latin for "light of Christ, the basilica's lights were suddenly switched on in a dramatic tradition.

Arrayed before the steps of the altar was a row of cardinals, wearing ivory robes. Behind them in the pews sat diplomats with their spouses and thousands of rank-and-file Catholics, tourists and pilgrims among them.

Among those in the basilica were eight adults who were baptized by the pope during the Mass. The Vatican said these new faithful are from Italy, Albania, Ecuador, Indonesia and Peru. From a shell-shaped silver dish, Francis poured holy water over the bowed heads of the three men and five women, after they walked up to him, one by one, and listened to him calling their first names.

On Sunday, Francis celebrates Easter Mass in late morning in St. Peter's Square and gives a speech from the basilica balcony. Known by its Latin name "Urbi et Orbi" (to the city and to the world), the speech is an occasion to reflect on the world's war-ravaged and other tense spots while paying tribute to Catholics' practicing their faith sometimes in the face of persecution or other difficulties.