We reunited this nurse with the 2 St. Elizabeth nurse assistants who inspired her career path 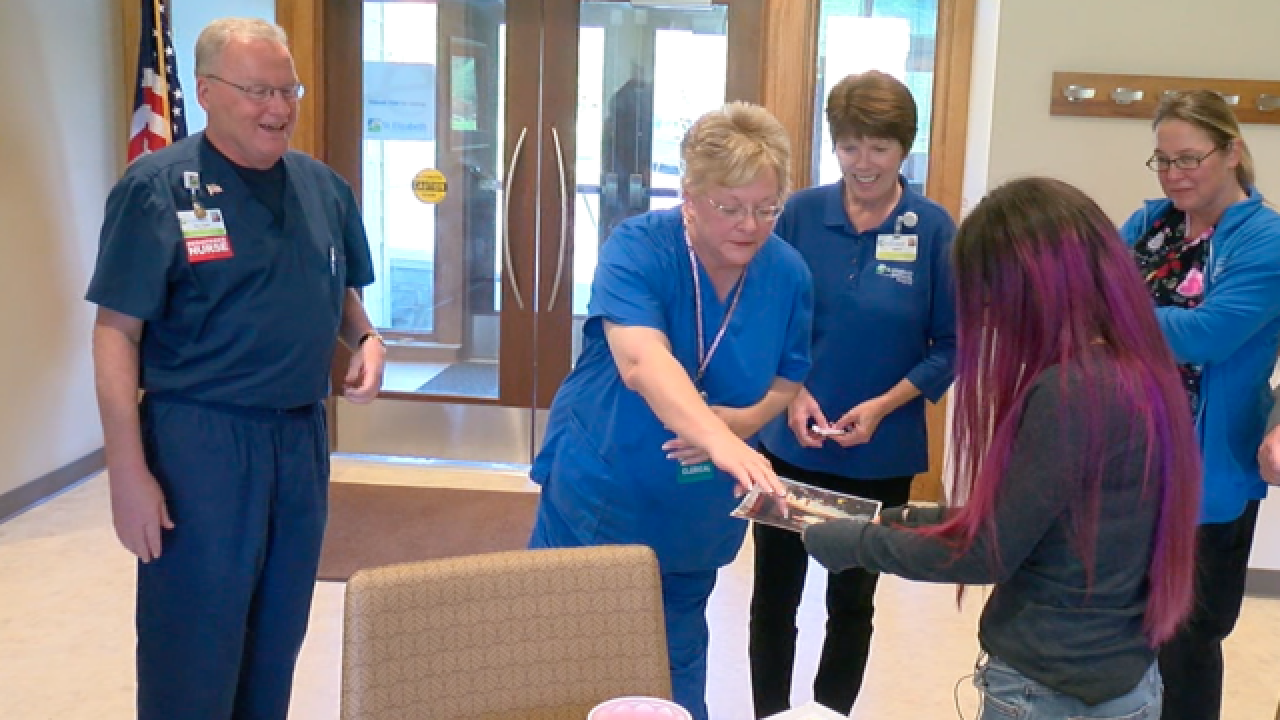 Copyright 2017 Scripps Media, Inc. All rights reserved. This material may not be published, broadcast, rewritten, or redistributed.
Ramsey Fulbright | WCPO
<p>Rebecca Garrett wouldn't be the nurse she is today had it not been for the kindness two nursing assistants showed her 26 years ago.</p> 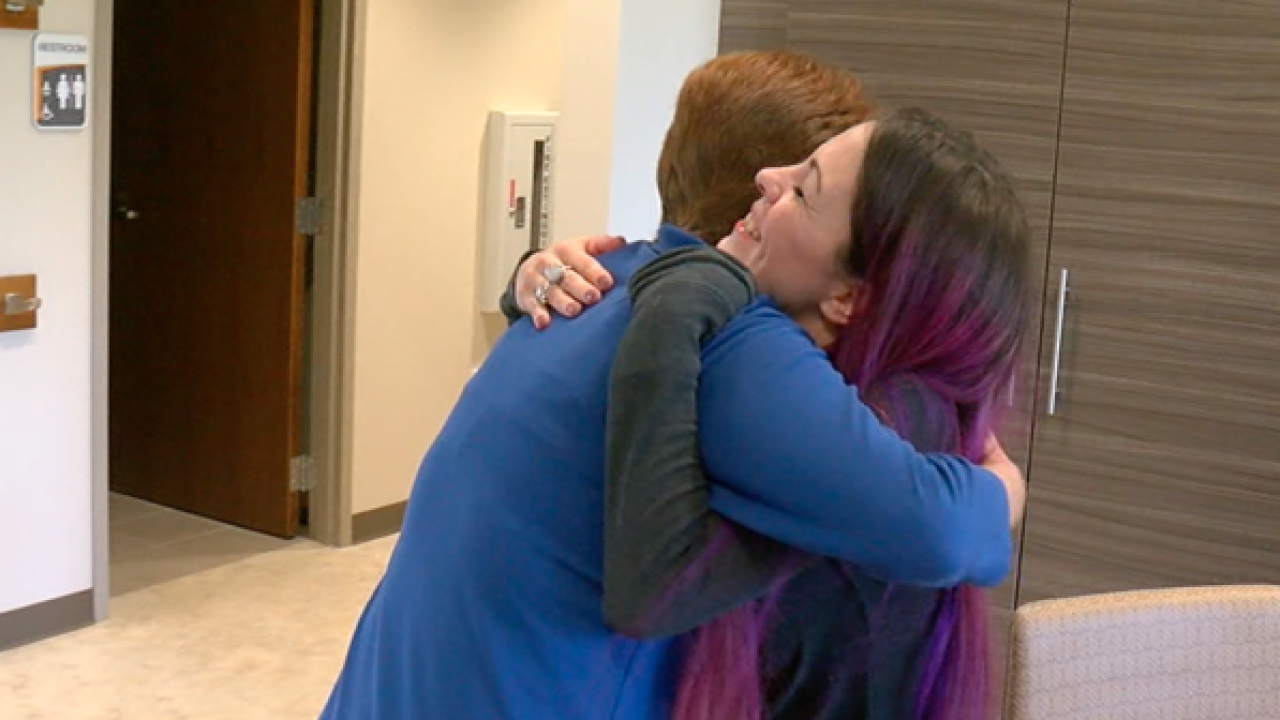 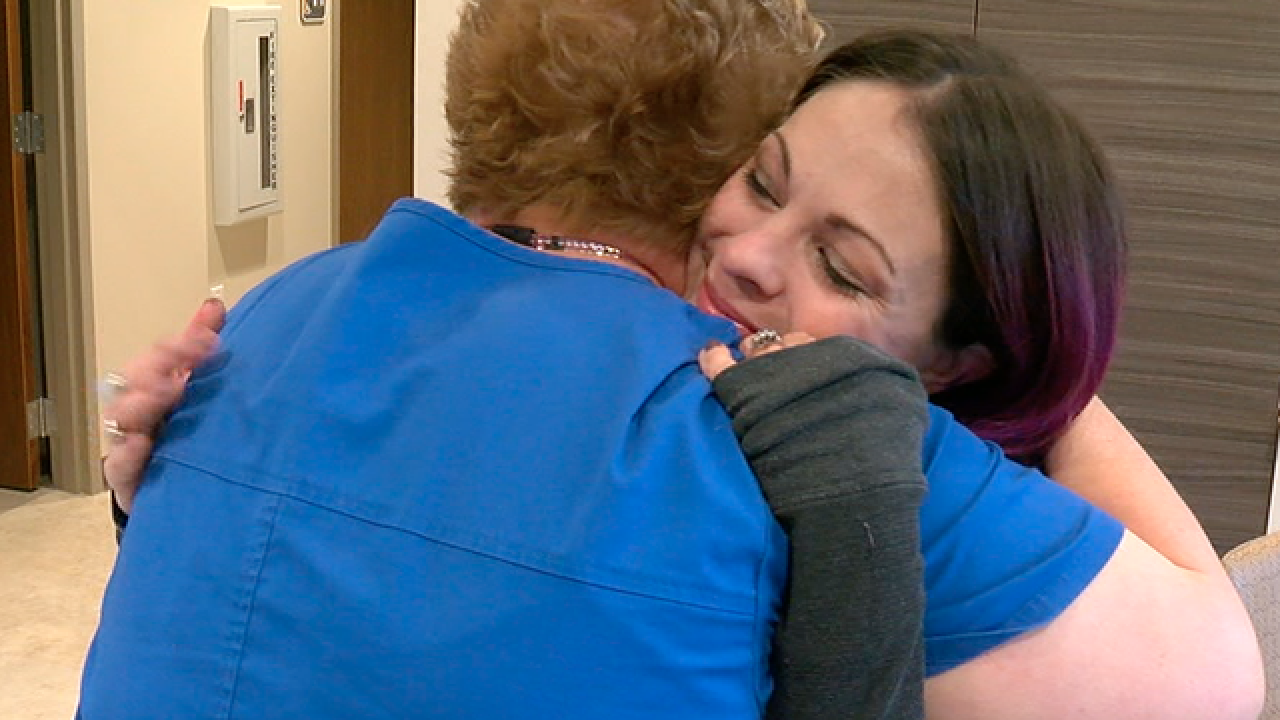 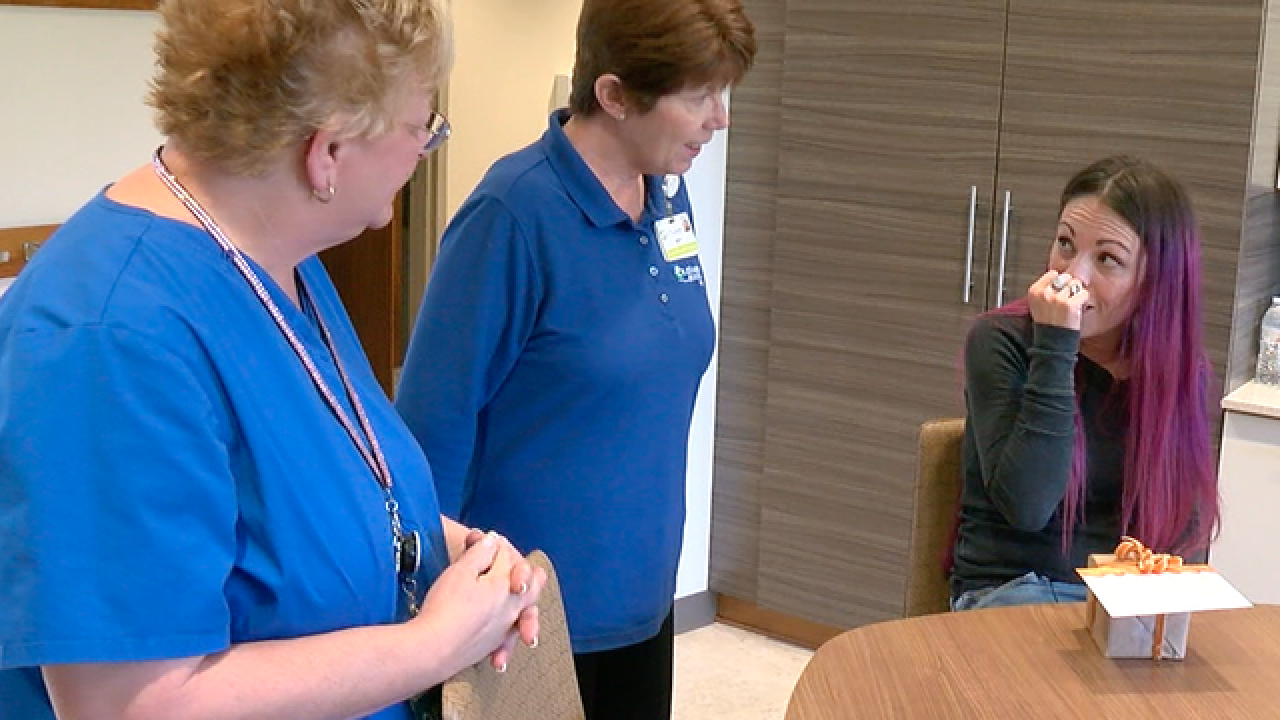 EDGEWOOD, Ky. -- Rebecca Garrett wouldn't be the nurse she is today had it not been for two nursing assistants who went above and beyond the call of duty 26 years ago.

Her father, Randy, was fighting brain cancer at St. Elizabeth Healthcare, and those two women made that tough stretch of Garrett's childhood just a little better. They brought gifts to surprise Garrett and her sister and make Christmas 1991 the best it could be, all things considered.

Until now, they were just a memory preserved in a photo album.

Garrett wanted to thank the women and let them know their care inspired her to join the ranks of nurses at Interim Healthcare. Her own impending surgery was another motivator to find them.

She has a rare brain condition called AVM, or arteriovenous malformation. It's a tangle of abnormal and poorly formed blood vessels that could lead to a deadly brain bleed, according to the University of Toronto.

St. Elizabeth has changed quite a bit since 1991 when Garrett met those two women in the cancer care unit. We didn't have a lot to go on at the start of this treasure hunt.

"We had a grainy photo from 1991. Big hair. No way we're going to find these two," said St. Elizabeth Public Relations Manager Guy Karrick. "And then after I hung up the phone with you, I thought, 'I have a secret weapon: Terry Foster.'"

"I opened (the photo) up," Foster said. "And I knew exactly who it was. Ruthie and Michelle, right here."

After Foster cracked the case, we asked Garrett to meet us at St. Elizabeth.

"I bet the nurses are there to surprise you," a family member texted her as she drove to the hospital.

She didn't know it at the time, but that relative was right. Ruthie Roberts celebrated her 30th anniversary at St. Elizabeth in August and Michelle Wilson has been working there 29 years. Both were waiting in an office and watched Garrett walk into the hospital.

"My name is Ruthie, and I met you a long time ago," Roberts said, surprising Garrett. "We're the girls from the picture."

"Oh my gosh ... really? Oh my gosh, can I hug you? Thank you so much!" Garrett exclaimed when she found out.

During the reunion, Garrett shared how much has changed in her life over the past 26 years, including her own two children.

"I have a 16-year-old son now who's about this tall," she said, gesturing. "And I have a 6-year-old daughter who's autistic. She's in the other room. I can't believe this! Thank you so much. Can I get another hug?"

"I never forgot the kindness you showed my dad and our family," she added.

Wilson and Roberts explained how the care staff at St. Elizabeth used to pick a family each year to surprise with Christmas presents at home instead of exchanging gifts among themselves. In 1991, it was Garrett's family.

"I didn't even realize they took a picture of us," Wilson said. "I'm glad to see her and know that she's doing so well. It makes me happy that she reached out. It's not every day that somebody's looking for you and you don't even know it."

"When people send their thanks to you, it usually says more about the person sending the thank you than anything you did for them," Roberts added.

The three women had to memorialize this reunion a quarter-century later with, what else, but another photograph.

"You have no idea how one kind act can impact people for a lifetime," Foster said.