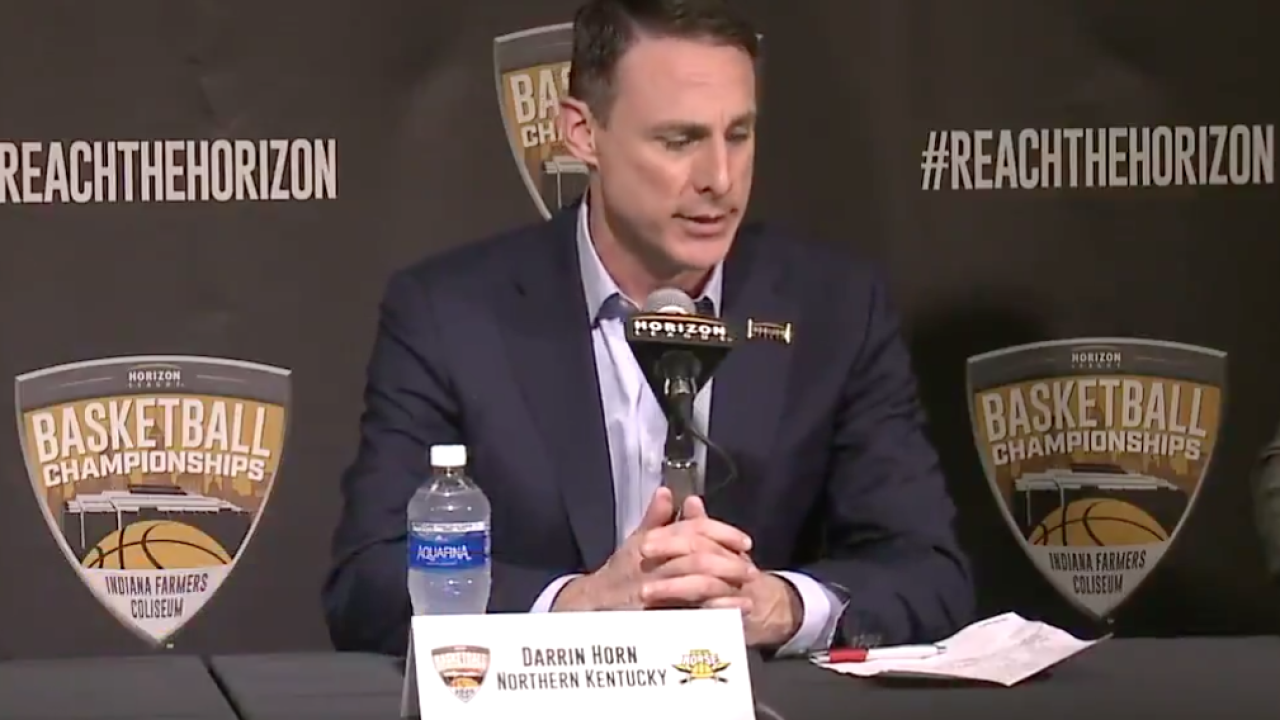 The Flames were 12-15 when they came into BB&T Arena on Feb. 16 and routed the Norse 73-43. Since then, UIC has been the hottest team in the Horizon League, winning six of seven and upsetting top-seeded Wright State 73-56 in the conference tournament semifinals Monday night.

It means the second-seeded Norse (22-9) won’t have to beat their nemesis from Dayton to win their third NCAA Tournament berth in four years, but No. 4 UIC (18-16) may prove a tougher challenge in Tuesday night’s Horizon League final at Indiana Farmers Coliseum (7 p.m, ESPN).

Here are some highlights from last night's semifinals win over Green Bay! The Norse are ready to take on UIC tonight in the Horizon League Championship, tip-off is at 7 PM. #NorseUp #ReachTheHorizon pic.twitter.com/K8CuzHQ7Tk

The Flames are definitely much improved since NKU beat them 68-52 on Jan. 10 in Chicago, combining a stifling defense with the scoring of senior guards Tankus Ferguson (14.5), Marcus Ottey (11.7) and Godwin Boahen (10.4)

Poor Wright State never knew what hit them Monday night. The UIC defense held the Raiders to 26 points below their season average and under 60 points for the first time all season. Wright State shot just 28.3% from the field.

It was the same way when UIC crushed NKU last month, holding the Norse to 22% from the field, their worst shooting game of the season. UIC won the rebounding battle 49-30. Ferguson had 14 points and Boahen came off the bench to score 13 points and grab 10 rebounds.

Ferguson was at it again against Wright State, scoring 25 points on 8-of-13 shooting.

The Norse have bounced back since that loss to UIC and won three of four, losing only to Wright State 64-62 on Feb. 28.

NKU got off to a slow start Monday, trailing third-seeded Green Bay 30-29 at halftime, then running off to a 80-69 win behind 23 points from Jalen Tate, 20 from Tyler Sharpe and 19 from Dantez Walton. Walton added 11 rebounds.

NKU’s conference-best defense limited Green Bay to 13 points below its season average, and held the Phoenix to just 37% from the floor.

Tate has been on a scoring tear with four 20-point games in the last seven. He's averaging 20.6 points per game, 56% shooting and 5.9 rebounds in that stretch.

Walton had his fifth double-double of the year. He's also on a four-game streak of 15 points or more.

NKU is seeking its third NCAA bid since turning Division I and its first under rookie coach Darrin Horn.

It's winner take all. The loser won't get an NCAA invitation, and the NIT might not invite NKU or UIC since it takes Wright State (regular season) as an automatic qualifier.