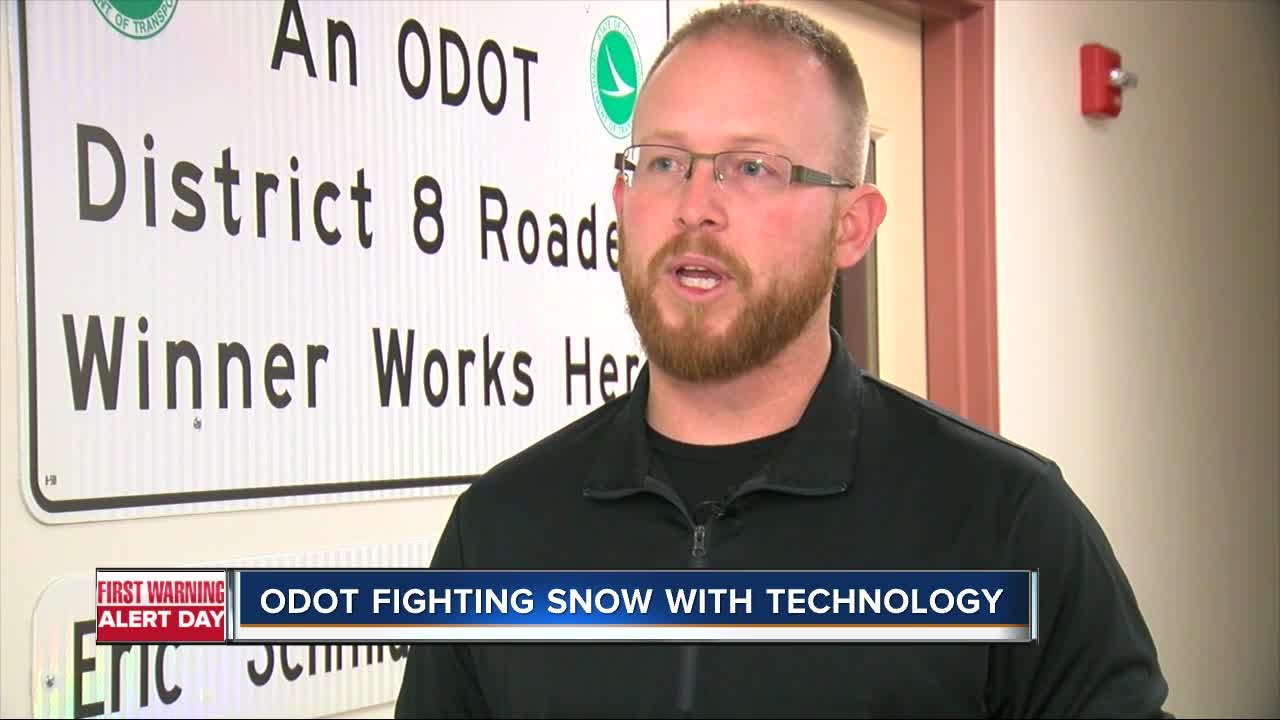 Monday night brought the first major snowfall of 2019 and sent crews from both sides of the river on an overnight mission: Clear the roads before anyone else has to use them.

Monday night brought the first major snowfall of 2019 and sent crews from both sides of the river on an overnight mission: Clear the roads before anyone else has to use them.

In Hamilton County, 27 trucks set out stocked with pre-wetted salt and equipped with a GPS-based automobile location system feeding information back to Ohio Department of Transportation supervisors.

The pre-wetted salt scatters less than the dry stuff, ODOT administrative officer Justin Kemp said. The AVL allows him to track road conditions, the status of each individual snowplow and where salt has already been placed.

“It’s very exciting,” Kemp said. “We always rely on our drivers to give us feedback back in the office. Now we can actively do that, they can focus on what they’re doing.”

Crews in Northern Kentucky began treating roads at 4 and focused on the stretch of Interstate 75 that includes the Cut in the Hill, according to Kentucky Transportation Cabinet spokeswoman Nancy Wood.

The Kentucky Transportation Cabinet District 6 will use 76 trucks to treat 1,868 miles in Boone, Campbell and Kenton Counties, Wood said. Three of the trucks will focus on the six-mile stretch of I-75 between Buttermilk Pike and the Brent Spence Bridge, which includes the Cut in the Hill.

Wood said crews have stockpiled 16,500 tons of salt and over 26,000 gallons of brine for the three counties.

Some communities could see up to two inches of snow overnight, and commuters could encounter slick spots during the Tuesday morning drive.

Snow and ice removal crews will focus on areas that are prone to freezing like bridges, overpasses and elevated roads.

Crews have 31,350 tons of salt each winter season, and 133 trucks treat state highways and interstates.