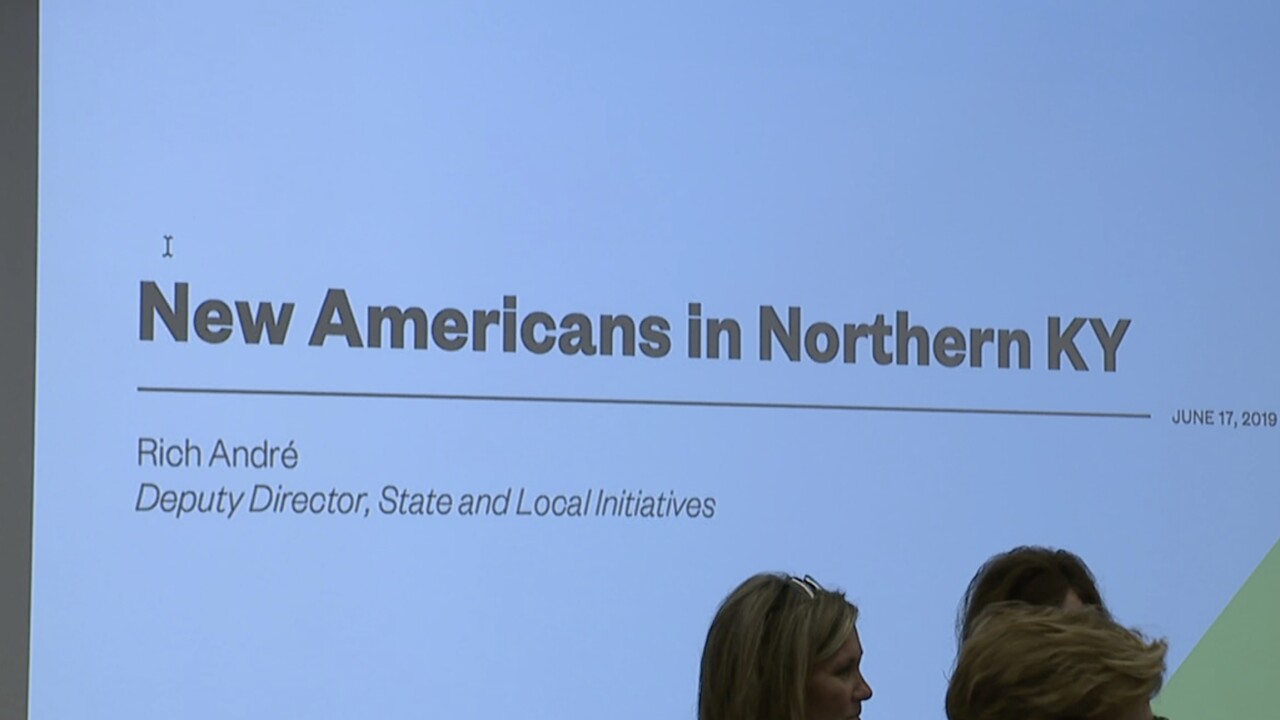 The group New American Economy partnered with the Northern Kentucky Chamber of Commerce, Duke Energy and Gateway Community and Technical College to determine the impact immigrant populations had in northern Kentucky between 2012 and 2017, as well as what ways the community can best serve these populations.

"The idea is to paint a picture," Rich Andre, NAE's deputy director of state and local initiatives, said, "so that conversations that move forward around policy recommendations, or how to be most welcoming towards immigrants, are really grounded in fact."

The research showed that immigrants make up 3.5% of the total population in northern Kentucky, but according to Andre, they are making "outsized contributions" to the area.

In federal, local and state taxes, immigrants contributed over $100 million, and they also gave over $57 million to social security and Medicare.

Even with these contributions, NAE recognizes there are still a lot of myths about immigrants. "There's a lot of misinformation," when it comes to immigration and the immigrant population, Andre said.

Despite these myths though, help for immigrants to succeed is present.

"Ultimately, what we've seen," Andre said, "is that there's a lot of supports out there for things like higher education or entrepreneurs and ultimately I think one of the most important things is understanding the needs of the immigrant population."