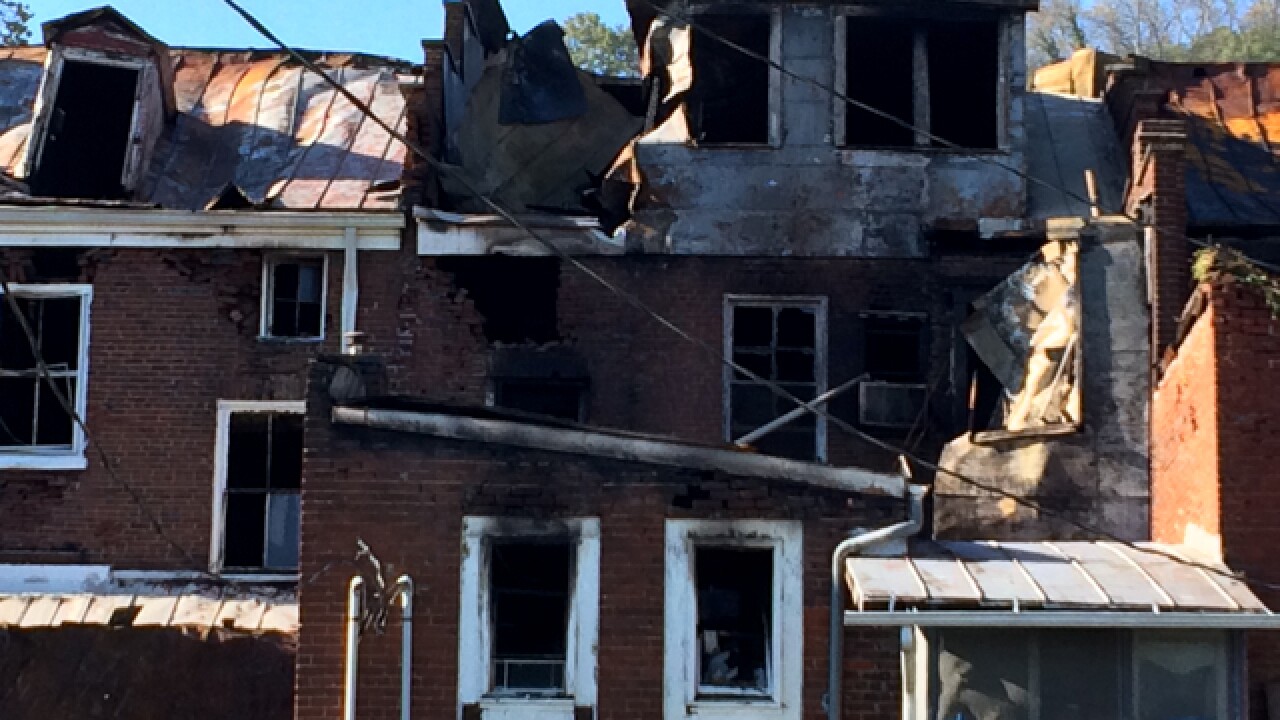 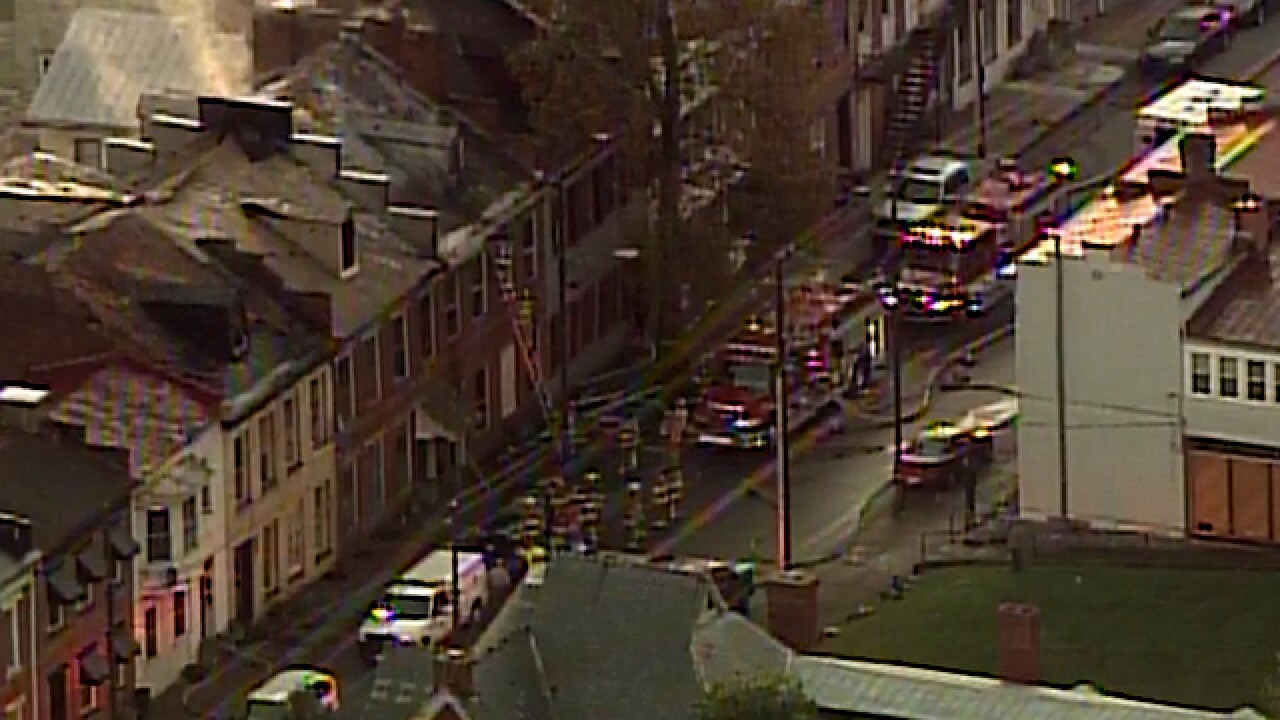 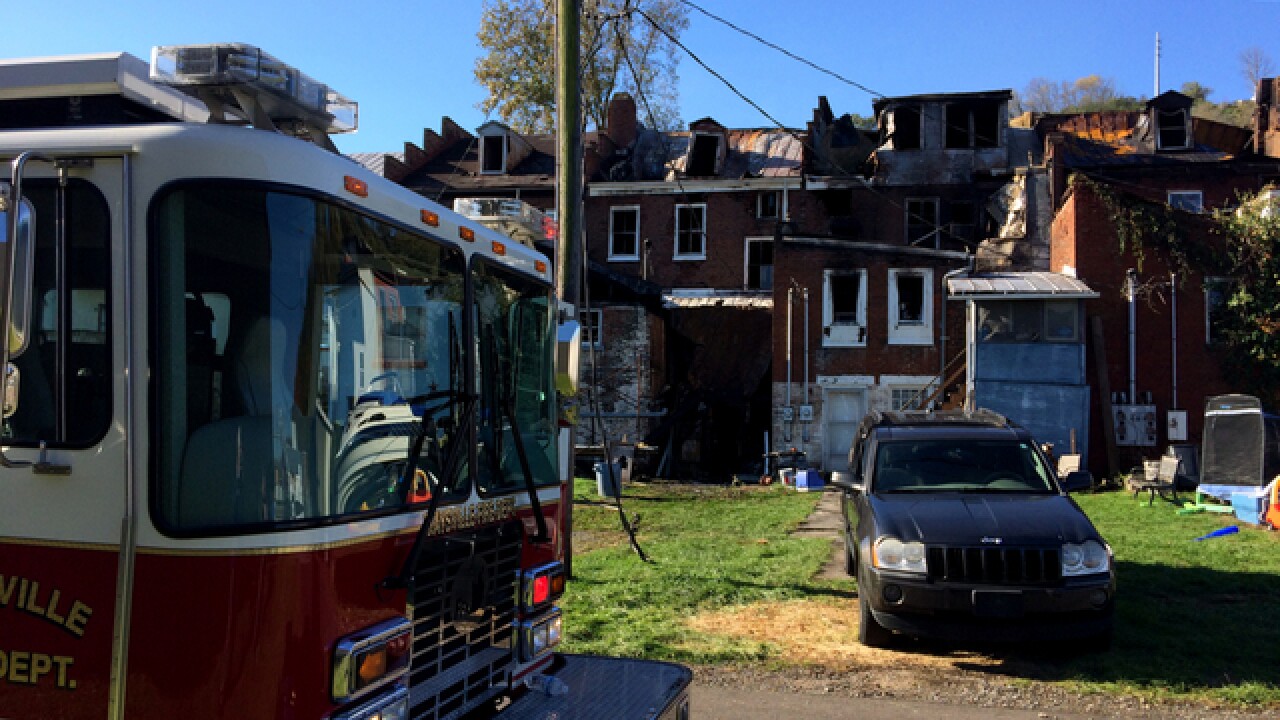 MAYSVILLE, Ky. -- Two adults and three children are dead after what fire officials said is the deadliest fire to ever hit the small town of Maysville, Kentucky.

Maysville Mayor David Cartmell's office confirmed the fatalities by about 8:30 a.m. Officials said the deaths included a mother, her three children and another elderly man who lived next door.

Chief Kevin Doyle says the fire was accidental. In all 5 people died. A mother, 3 kids, and an elderly gentleman.

"It was very evident that [the mother and three children] were trying to get out," Doyle said.

There were no working smoke detectors in the building where the family was found, Doyle said.

"The loss of life here is probably more poignant for me. They're all our friends. This is a small tight knit community. We have a Maysville city policeman who lives in this first house. One of my employees lives in the second house. The people that perished, their family was really a prominent part of the community here,” Cartmell said.

Fire crews said the home was engulfed in flames when they arrived. The bodies of the woman and the children were found at about 9 a.m.

Rescue crews were able to get one victim, the man living next door to the family, to Meadowview Regional Medical Center for treatment but his wounds were too severe and he was pronounced dead at the hospital.

Doyle -- who had only signed on as chief two months prior -- said it’s the worst fire he’s seen in his 12-year career and was visibly distraught during a news conference Tuesday afternoon describing the conditions of the fire and discovering the victims.

Maysville fire chief getting emotional speaking of the loss this morning. He says mother and 3 children were found upstairs.

"We've never had a five-count fatality (fire) in Maysville," Doyle told reporters. "This is not how I would have liked to start this chapter of my career."

The fire -- which investigators have ruled as accidental -- was first reported at 12:58 a.m. Tuesday at 217 W. Second Street and originated in a rear, enclosed porch area. The porch was connected to the two adjacent buildings via windows and doorways, Doyle said, and after the fire caught in building 217, it continued to spread through the attics.

Officials had to call in assistance from several other departments to bring the fire under control, Doyle said, estimating approximately 40 firefighters helped fight the blaze. He also said about 30 people have been displaced as a result of the fire, which damaged five separate buildings, three of which will probably require demolition.

Cartmell said the row homes were built in the 1840s for cotton mill workers and that the buildings have housed generations of Maysville residents.

For all their history, though, Doyle described the buildings as like a "pile of kindling" and that, when crews arrived, "there were already heavy fire conditions."

Development on such old buildings, Doyle said, might have also contributed to the fire's spread. "These buildings were originally built with a firewall between them, but as they add on to them over the years, that can result in opening up of those firewalls."

"I'm not sure that had any impact with what happened to the victims, but I can tell you it contributed to the fire's growth," Doyle said.

During their entry into the home, crews said they got halfway up the stairs before realizing that they couldn’t go further. Firefighters had to enter through the second-floor window.

It took crews about one and a half hours to douse the fire. Three other people were injured in the fire.

Cartmell said he is a longtime friend of the family and that the children who died attended the local elementary school. He also said the family was very active in the community.

"Two of these houses were already up and finished. But, the Red Cross was already on the scene. We have great support here. Another fire department from Lewisburg was here. So, we were able to get the fire out without any more loss to property,” Cartmell said.

Resident Lorraine Mullikin captured video of the fire and said it will take a while for the tight-knit community to process the tragedy.

“I took a picture of a woman with the Red Cross and it was when I looked at a picture of her dealing with it is when I started to tear up when I started realizing how it was affecting other people that's when I realized how devastating it was,” Mullikin said.

The Red Cross is assisting residents displaced by the fire. Community members are also working to help find housing for the victims.

A Kentucky State Patrol arson investigator was called in to help the Maysville Police Department.

Crews shut down West Second Street between Wall and Short streets while firefighters doused the flames.