Accused rapist Joseph Eubank, 17, to be tried as an adult

Ex-CovCath student accused of sex crimes at age of 14 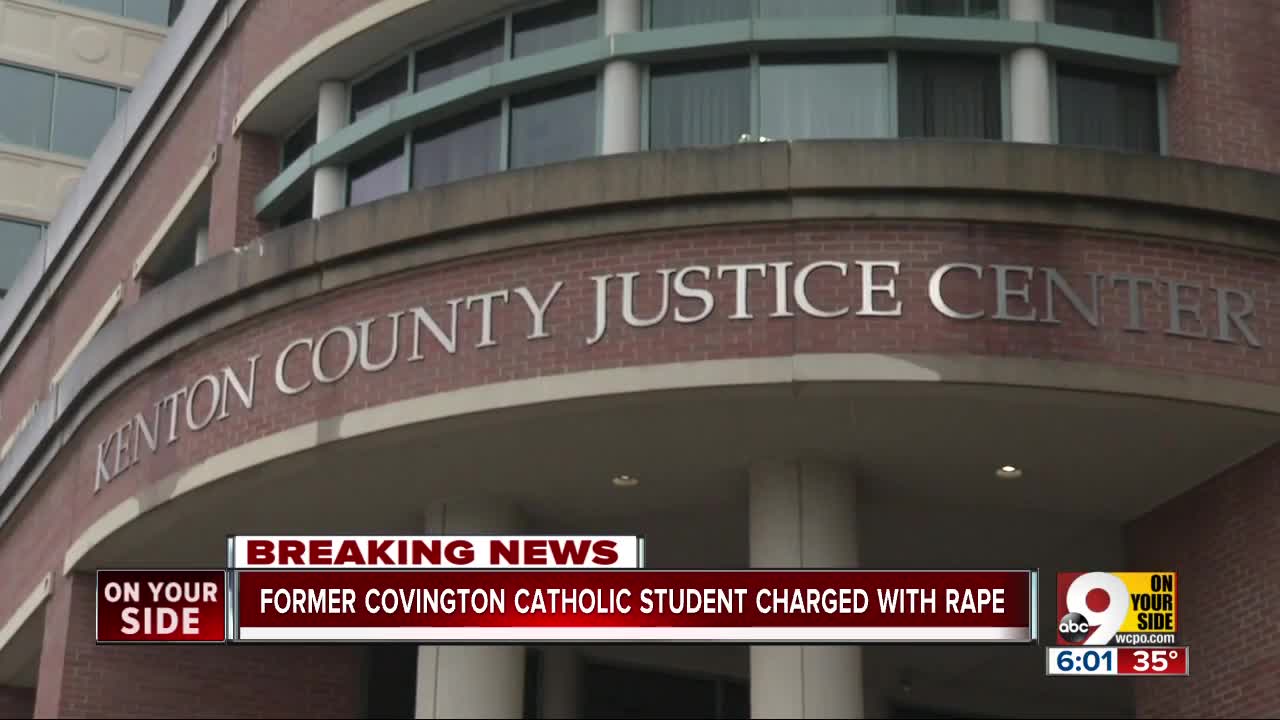 Joseph Eubank, 17, is charged with committing rape and sexual abuse when he was 14 to 16 years old. A grand jury indicted Eubank Thursday on one count of rape and three counts of sexual abuse. There was a separate victim in each case, according to Rob Sanders, Kenton County Commonweath’s Attorney.

COVINGTON, Ky. — A former Covington Catholic student facing rape and sexual abuse charges will be tried as an adult.

Joseph Eubank, 17, is charged with committing sex crimes against four minor girls when he was 14 to 16 years old.

A grand jury indicted Eubank Thursday on one count of rape and three counts of sexual abuse. There was a different victim in each case, according to Rob Sanders, Kenton County Commonwealth’s Attorney.

"It’s not every day we see such a young defendant charged with such serious offenses, especially sexual offenses, and certainly not against multiple victims," Sanders said Thursday.

The allegations go back to 2017, according to Sanders. Eubank attended CovCath when the alleged crimes happened, but he is no longer a student there, Sanders said.

The investigation started last March when the most recent victim came forward. Eubank was originally taken into juvenile custody in May.

"He was bound over a number of months ago to be considered for trial as an adult,” Sanders said. “We’ve made the determination because of the number of victims and the seriousness of the charges that this case is appropriate to try him as an adult, so this will proceed to Circuit Court.”

Under the law, the rape charge, as a Class B felony, qualifies Eubank to be tried as an adult, according to Sanders.

Eubank could face up to 35 years in prison if convicted on all charges, Sanders said.

Sanders said he does not believe there are more victims, but he hopes if there are others that they would come forward.

Sanders said the case has been thoroughly investigated with Kenton County police in the lead assisted by Fort Mitchell, Fort Wright and Park Hills

WCPO reached out to Eubank's attorney for comment but have not heard back. The Covington Diocese responded to a request for comment with this statement:

"Joseph Eubank is not registered at Covington Catholic High School for the 2019-2020 school year. We have no further information."