A group of 70-year-olds are restoring a historic Augusta, Ky., cemetery that fell into disrepair 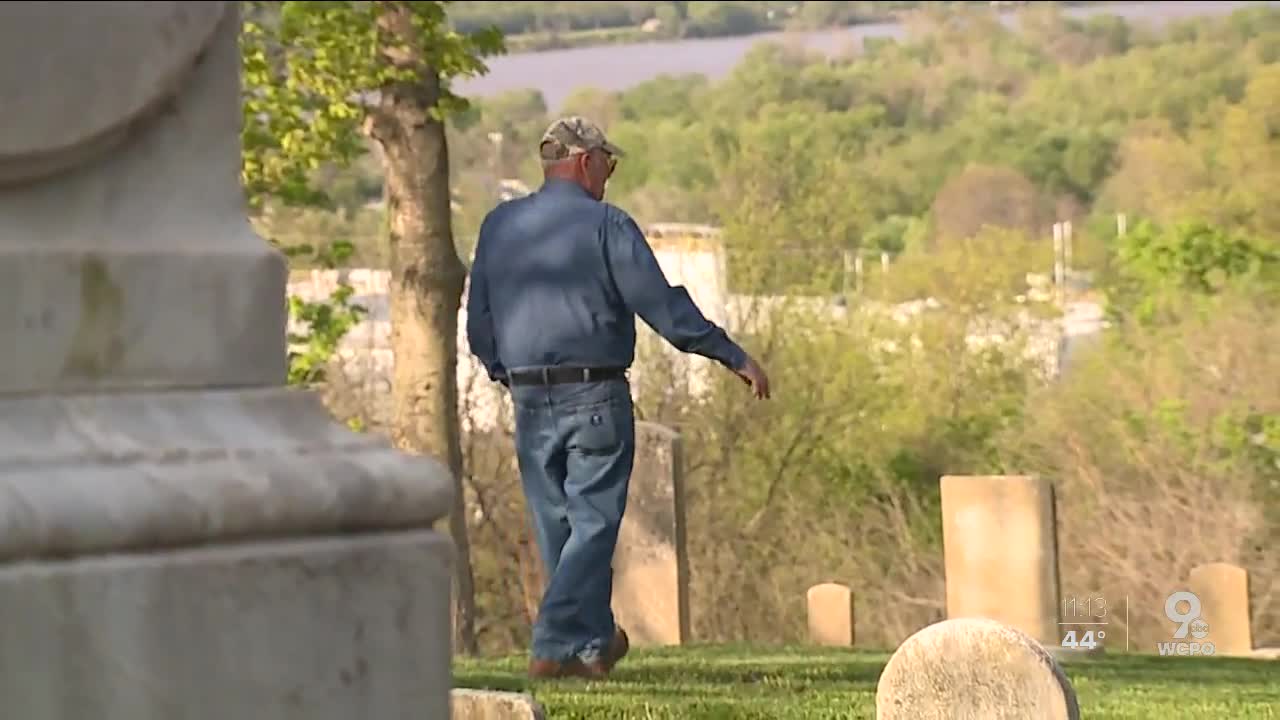 For decades, the Augusta Hillside Cemetery fell into disrepair – and it would take a few unlikely septuagenarians to bring it back to life.

AUGUSTA, Ky. — After WCPO first covered the cleanup effort at Augusta's Hillside Cemetery in October, a determined group of 70-year-olds are back at work restoring the historic cemetery.

For decades, the Augusta Hillside Cemetery fell into disrepair – and it would take a few unlikely septuagenarians to bring it back to life.

For the past year, the mission of a group of volunteers, each of whom is close to 70 years old, is honoring the dead.

“Just a matter of respect I guess,” Sellers said. “You know. Something that needs to be done. Kind of a black eye on the town."

Tombstones were knocked down and trees were overgrown. For Sellers – hope comes one headstone at a time.

“It’s amazing,” he said. “People that remember this can’t hardly believe it, how they look.”

As we first reported, the volunteers ran out of funds.

“Money had dried up,” Sellers said. “I had a surprise. A couple girls had a bake sale. They didn’t tell me nothing that they were going to have it, but they had it.”

The bake sale and other donations raised over $5,000 that will go toward Civil War markers and new plaques for the cemetery.

He said he never thought of himself as a historian before.

“Marshall Guy was a Kentucky state senator,” he said. “He cast the final vote to keep Kentucky in the Union during the Civil War.”

The goal of each volunteer is to give each person who lived – and died – a final resting place worthy of their place in history.

And with several cemeteries around the Tri-State in similar shape, Sellers said he’s hopeful the trend of honoring the past won’t become another part of history.

“They’d be appreciative probably,” he said.

People interested in donating to the cause can find instructions on how to do so here.