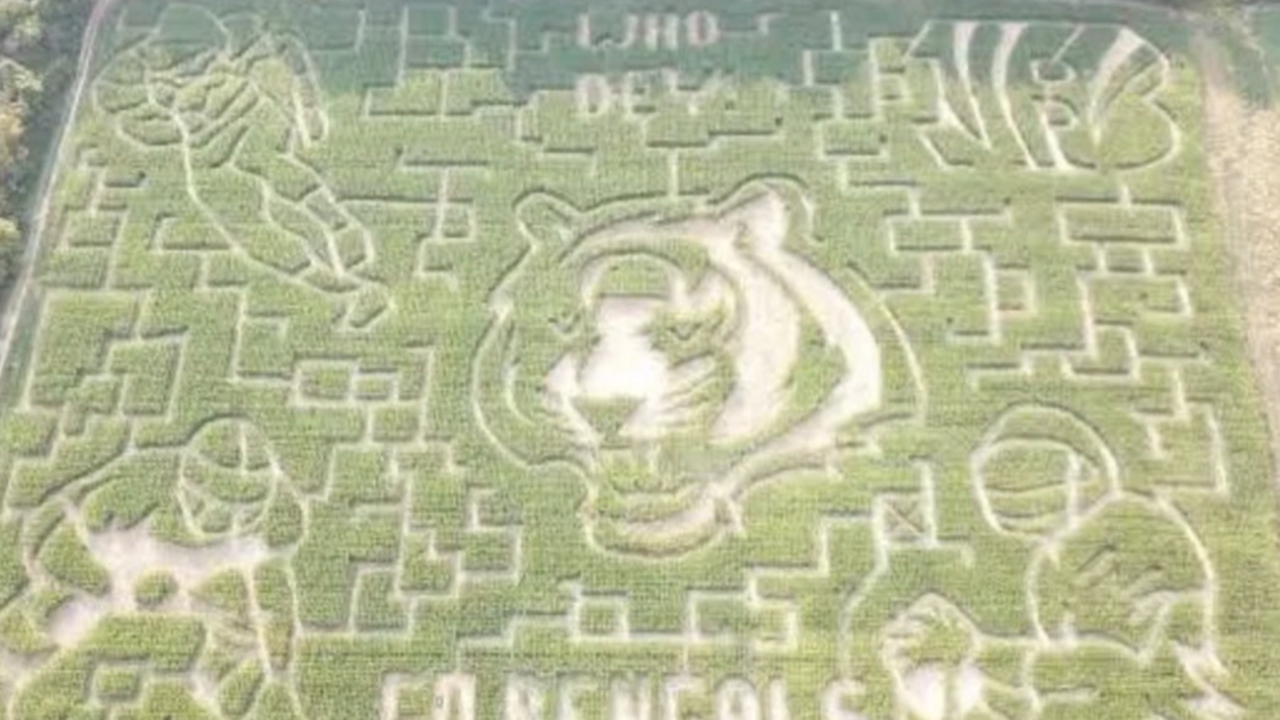 Copyright 2019 Scripps Media, Inc. All rights reserved. This material may not be published, broadcast, rewritten, or redistributed.
Courtesy Bill Irons
&quot;Maze Master&quot; Bill Irons uses a John Deere tractor to carve out a corn maze for all to enjoy on his family farm in Lebanon. 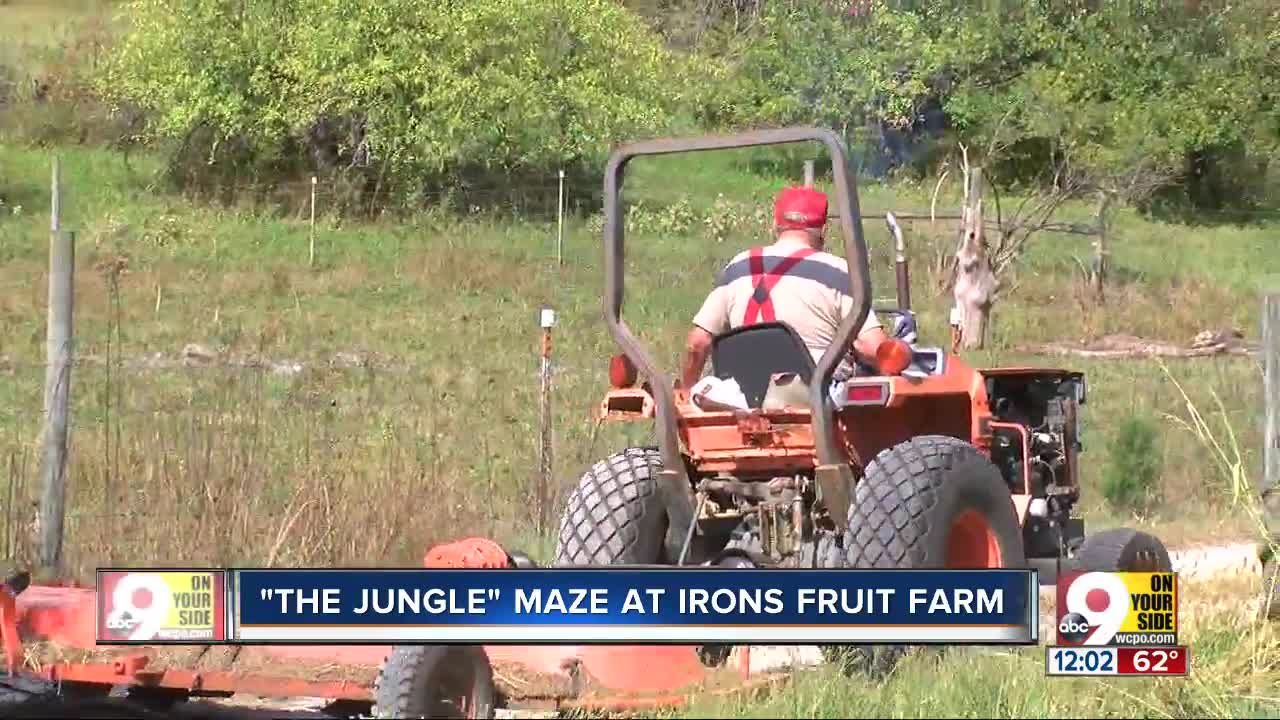 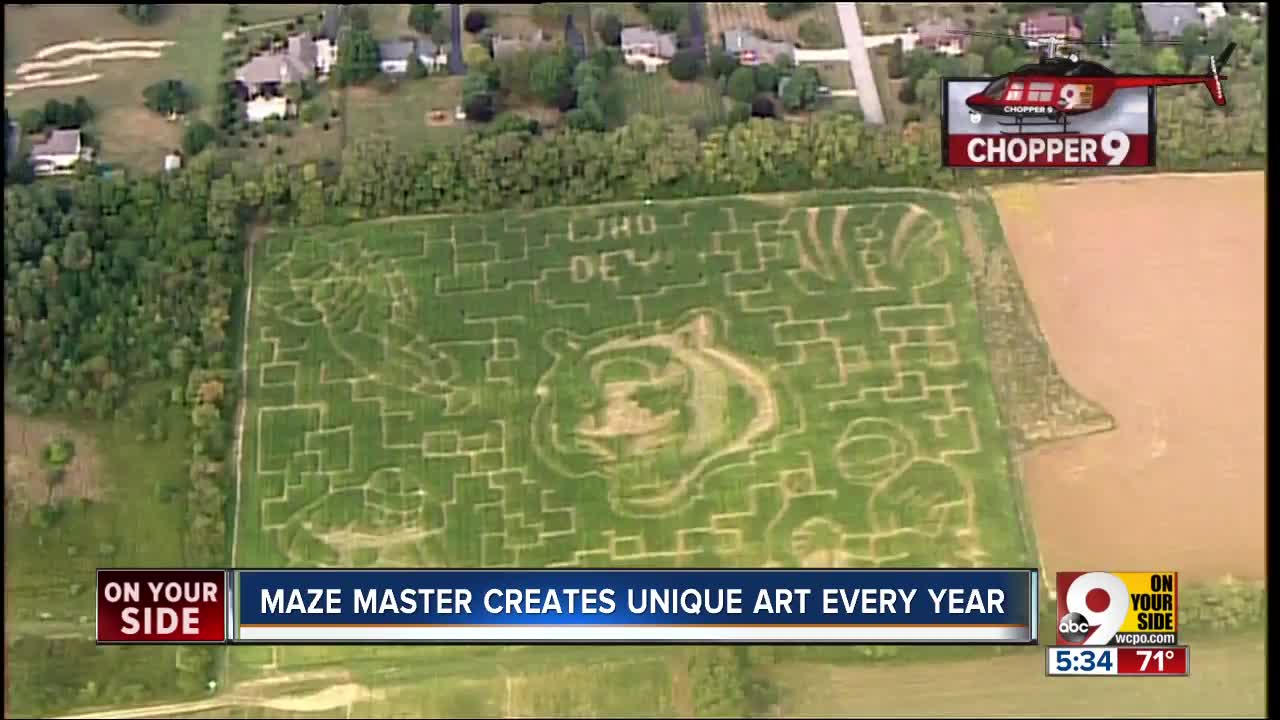 LEBANON, Ohio — Bill Irons creates art designed to draw you in so much, you might actually get lost in it.

Get lost in his cornfield, that is.

Known as the “maze master,” Irons creates elaborate corn mazes with his John Deere mower on 12 acres of Irons Fruit Farm in Lebanon.

This year’s theme, “The Jungle,” pays homage to the Cincinnati Bengals. The creation is Iron’s tenth corn maze, and with GPS and other new technology, he’s been plowing them out faster and faster.

“I have a neighbor friend that has a drone," Irons said. "He’s been going up and taking pictures throughout the cuttings so I can see it as I go."

The corn mazes are just a decade old, but Irons Fruit Farm was established more than a century ago.

The fourth-generation farmer said the idea for creating a corn maze came from his father.

“My dad found an article in a newspaper that was about a guy in Indiana that did a Larry Bird corn maze," Irons said. "He showed me the article in the picture and said, 'You can do this.'"

Irons designs his corn mazes on graph paper. He then plants the corn in two directions so that the point where the two rows cross creates a coordinate.

“It’s a scary feeling and a good feeling when you see it after you’re done,” Irons said.

The “maze master” is already mastering his design for next year, which he said will likely have an FC Cincinnati theme.

Irons Fruit Farm is open every weekend in October and can also be open during the week for groups of 15 or more.