Badin’s use of Hamilton High School stadium in jeopardy 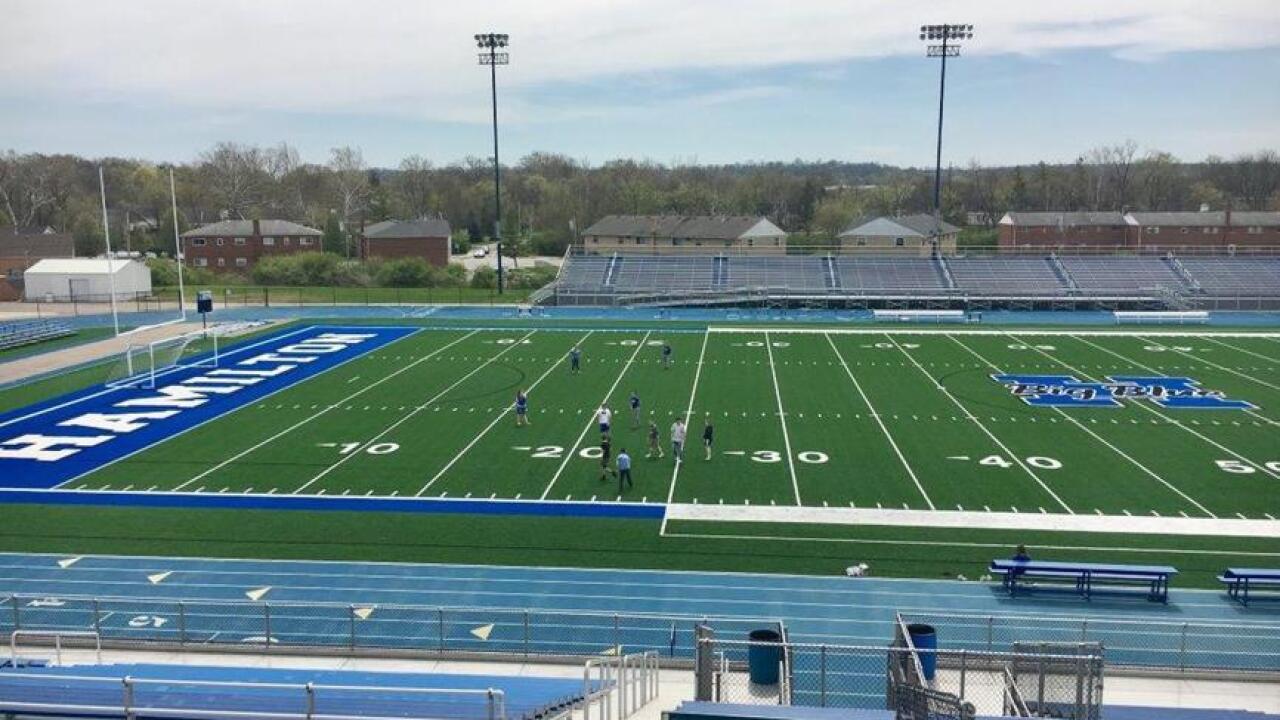 For years, Badin’s boys and girls sports teams have played their “home” games at Hamilton’s Virgil M. Schwarm Stadium, which has a synthetic playing surface.

The smaller Badin, which is located in western Hamilton, has only a grass practice field.

But Hamilton school officials released a statement to the Journal-News Tuesday noting the district has already booked sporting events in their stadium for the prep sports autumn season next year.

“Hamilton City Schools has completed its fall of 2020 scheduling of Virgil M. Schwarm stadium. Once all HHS (Hamilton High School) teams and activities were scheduled, Badin has been given exclusive priority to any and all available dates,” said Hamilton school officials in a statement.

“Hamilton City Schools continues to value the long-term relationship it has established with Hamilton Badin as we move forward,” said officials, who declined further comment.

Dirk Allen, spokesman for Badin High School, said “a response to this is going to come from our principal. I know he is working on a letter to send to the Badin community explaining the situation from our perspective.”

Badin was closed Monday and Tuesday due to planned cut off of electrical power so electricians can connect power lines to the school’s new expanded wing under construction.