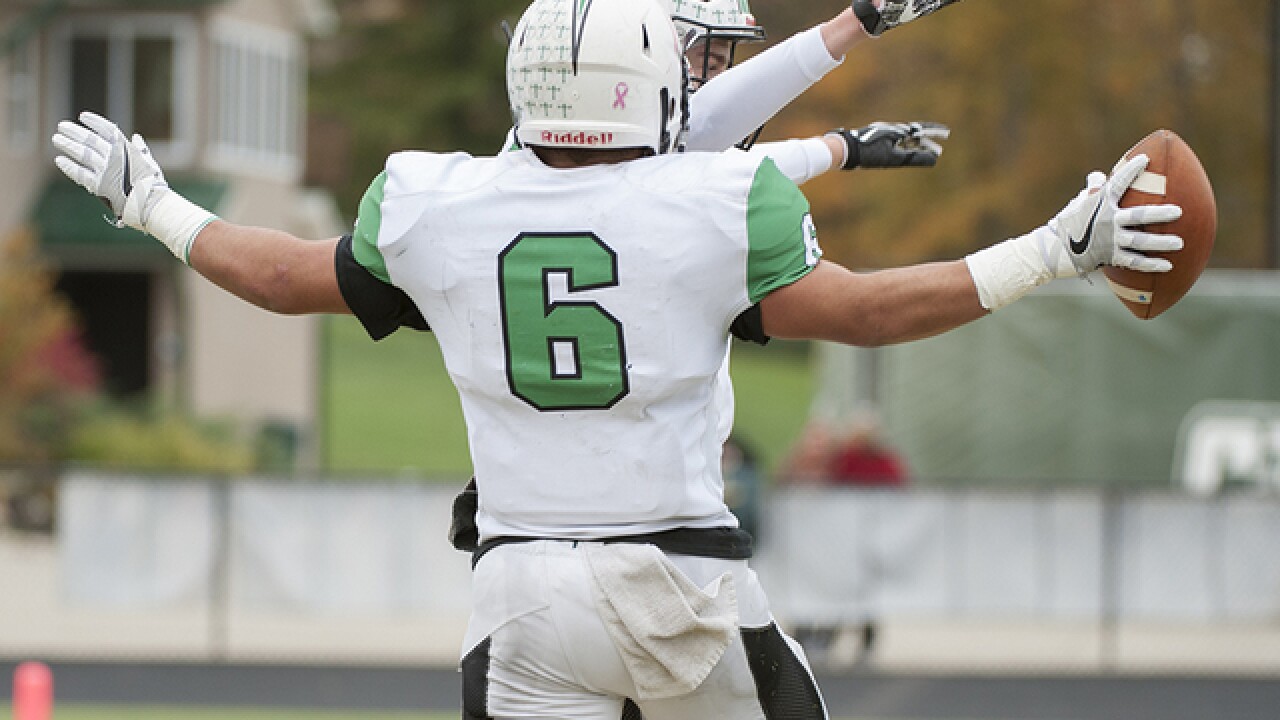 HAMILTON, Ohio — The turf battle between private Badin High School and public Hamilton Schools is escalating after a letter went public accusing the city schools of reneging on an agreement for use of its sports stadium.

In a letter sent out late Tuesday evening to the Badin school community, Pendergest wrote that “in mid-September, our (athletic director) received the list of available dates from the Hamilton High AD for the 2020 season. Our Athletic Director, Geoff Melzer, started scheduling soccer games based on those dates.”

But, Pendergest wrote, “on Thursday, September 26, Geoff received an email from the Hamilton AD stating the open dates Hamilton could host Badin soccer or football next year; all other dates were filled with Hamilton soccer, football or marching band practice.”

“On Friday, September 27, the two spoke and (Melzer) was informed that none of the dates Melzer had already sent would work. (Melzer) asked why these dates had changed, and the response was ‘the powers to be have told me that we have a new process for scheduling.’

“Obviously, this put us in a bad spot as (Melzer) had already started scheduling games.

Earlier Tuesday, the Journal-News reported Hamilton school officials had released their own statement on the disagreement noting the district had already booked the fall 2020 stadium schedule.

“Hamilton City Schools has completed its fall of 2020 scheduling of Virgil M. Schwarm stadium. Once all HHS (Hamilton High School) teams and activities were scheduled, Badin has been given exclusive priority to any and all available dates,” Hamilton school officials said in a statement.

A second statement released Tuesday evening by Hamilton said the high school’s membership in the Greater Miami Conference (GMC) requires them at times to schedule games “several years in advance.”

Moreover, officials said that “given the fact that less than 25 percent of Badin students reside in Hamilton, it is logical that various venues are used by Badin so that students can participate in the community where they reside.”

“Furthermore, Hamilton Badin has elected to play games in the past several years at alternative venues, including Monroe and Fairfield high schools.”

Fairfield school officials told the Journal-News that Badin officials have recently contacted them about “hopes of growing that partnership.”

“We are still in conversation with Badin and many of the details have not been finalized,” said Fairfield Athletic Director Aaron Blankenship. “As an athletic department, our hope with any facility use by an outside group, is to be good neighbors and strong stewards of our facilities, while generating revenue that will help us continue to provide the best environment for the student-athletes and coaches of Fairfield athletics.”

Pendergest said Badin’s relationship with Hamilton Schools has largely been cooperative and mutually beneficial but added Hamilton’s latest actions have forced his school to seek other venues for the fall 2020 season.

“During the last few years, we have played a football game each season at Fairfield. They have been very easy to work with and have been open to Badin playing more games there,” he said. “As of now, we are planning on playing all of our home soccer games at Fairfield, as well as three home football games.

“It is unfortunate that we are in this position with Hamilton, but we look forward to working with Fairfield for the next few years as we play our games at their facilities. I would ask that the Badin community remain positive and refrain from posting negative comments on social media. Negativity will not help the situation.”