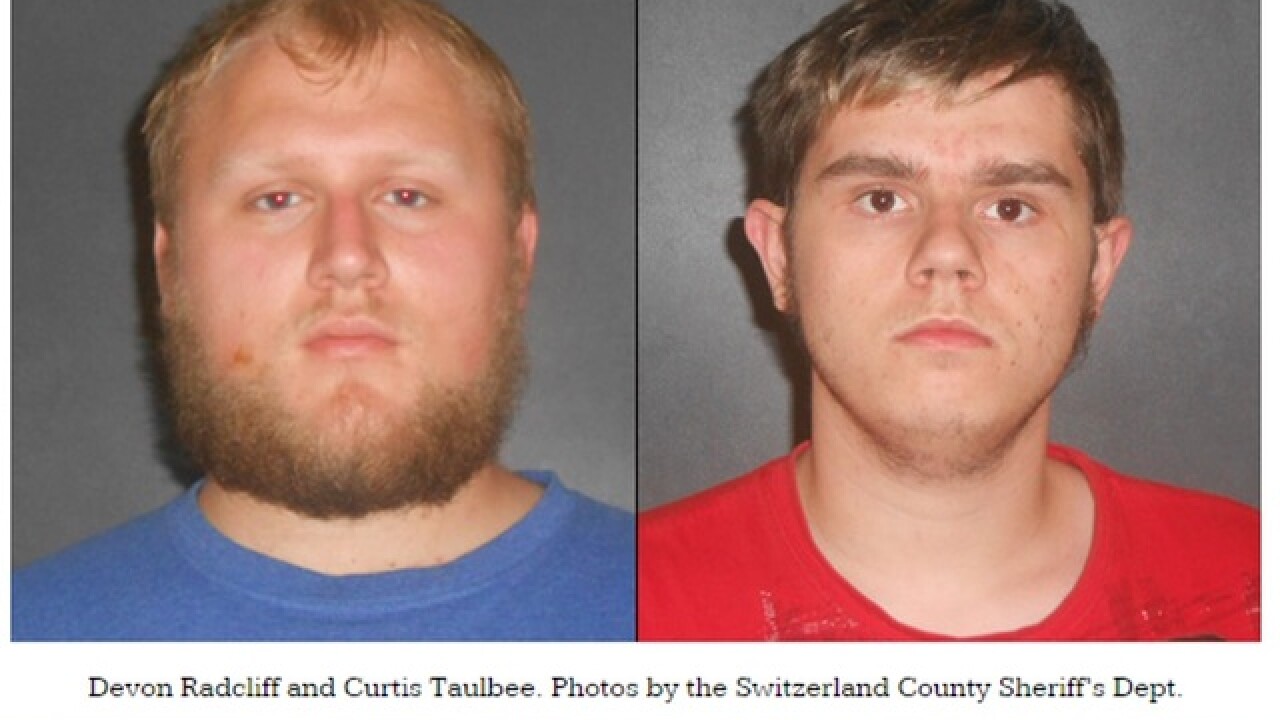 RISING SUN, Ind. -- Two men admitted to burglarizing and setting fire to a local business and now face charges that could carry a 50-year sentence, according to the Dearborn County Prosecutor's Office.

The Indiana Department of Homeland Security, the Office of the State Fire Marshall and Indiana State Police investigated the arson and burglary Valley Supply Hardware Store in Rising Sun, Indiana, according to a press release distributed Tuesday. The investigation led police to two men -- Devon Radcliff and Curtis Taulbee.

Radcliff and Taulbee were arrested on arson, burglary and theft charges.

Investigators said the two men burglarized the business and returned later to set it on fire. Radcliff is a former employee of the store.

"Arson cases are very difficult investigations, but the State Fire Marshall's Office and the Indiana State Police worked tirelessly to bring this investigation to a successful conclusion," said Aaron Negangard Dearborn County prosecutor. "The owners of the business can now rest easy that the people responsible for this horrific crime have been arrested."