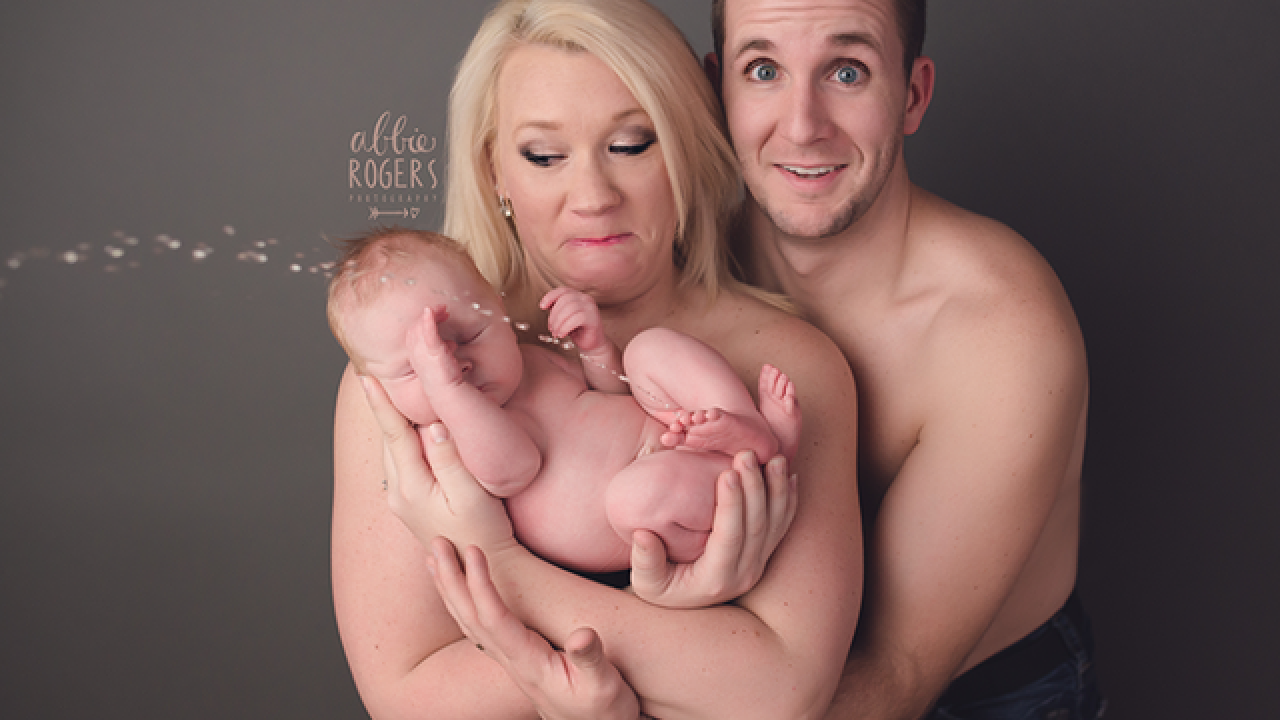 METAMORA, Ind. -- "It actually happens more than you think," Abbie Rogers said in response to a photo that has now gone viral of a baby urinating during a newborn photo shoot.

Rogers is a photographer specializing in newborns and children from Laurel, Indiana. She posted this on her Facebook business page:

So .... This happened today! In case anyone wants to know what really happens during a newborn session.

The shot captured shows a mother and father holding their newborn baby when nature called him, sending urine streaming perfectly through the air. What makes the photo even better is the look on the parents' faces.

Although Rogers probably wasn't expecting this to go viral, this photo has been seen by millions, featured on the Today Show and even picked up by popular websites across the globe, such as DailyMail.com .

It just goes to show that shooting newborn photos, despite the adorable props and sweet little faces, isn't always as glamorous as people often think.