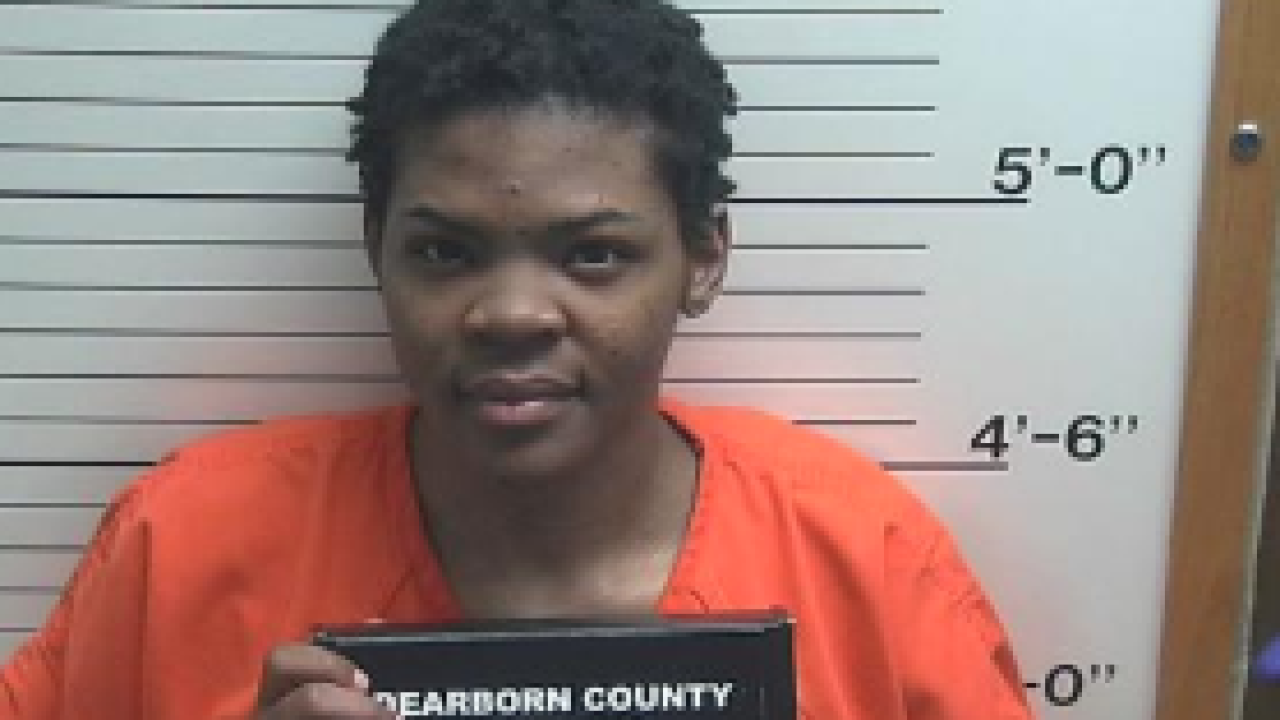 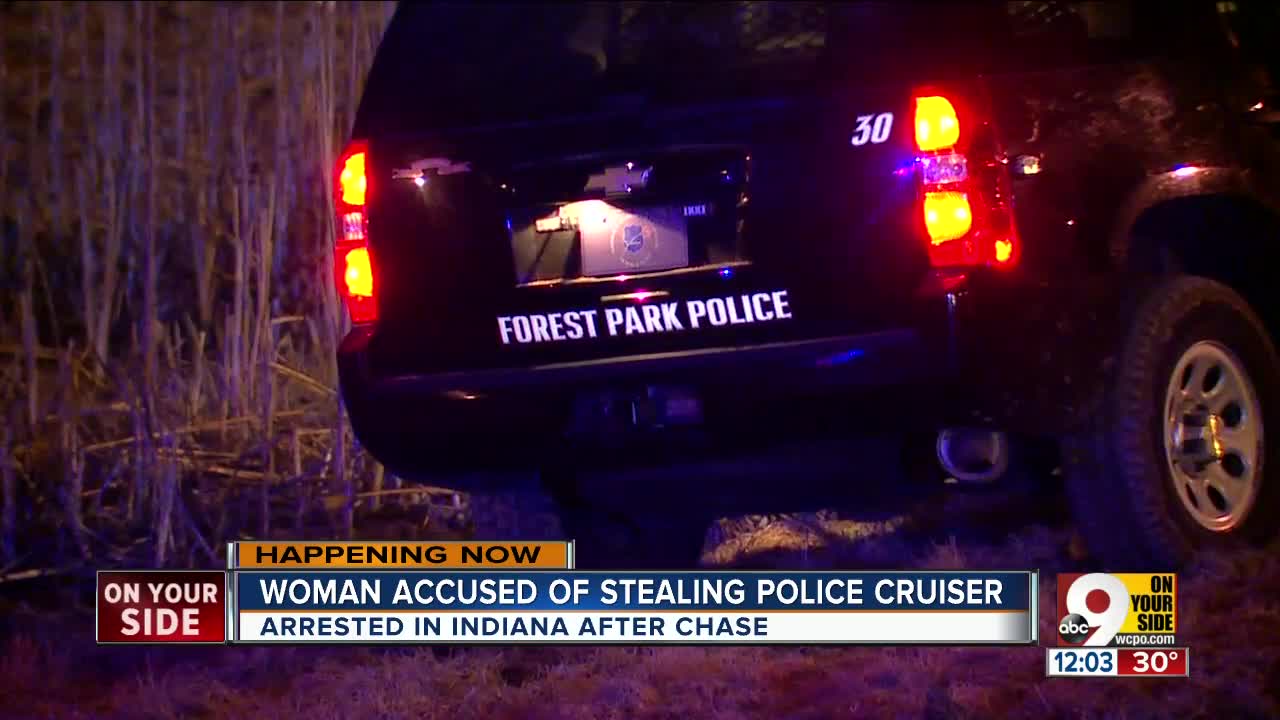 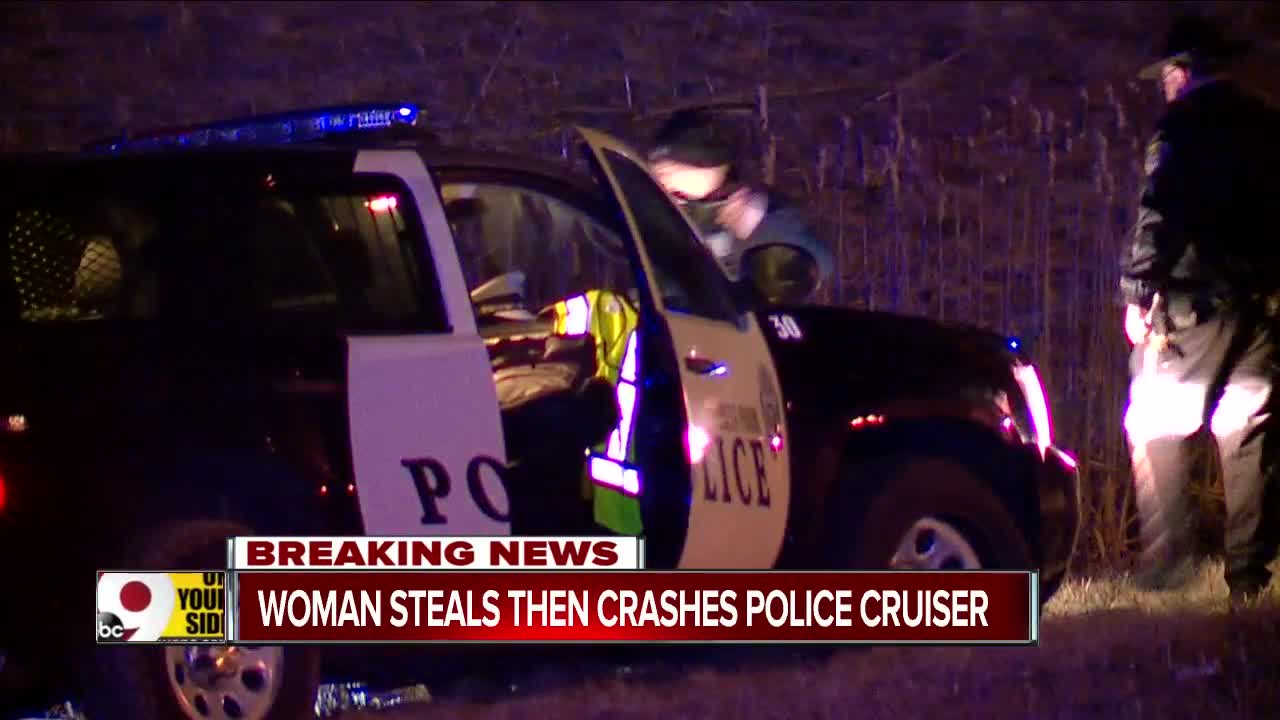 LAWRENCEBURG, Ind. — A police officer was injured Thursday morning after a suspect stole a cruiser and led authorities on a multi-state chase, Sgt. Kevin Turner said.

Greendale police said 20-year-old Mary Taylor, of Cincinnati, stole a Forest Park police cruiser and led authorities on a chase through Kentucky and Indiana at about 12:30 a.m. Taylor drove from Forest Park onto westbound Interstate 275 into Kentucky. Boone County authorities saw the stolen cruiser and tried to stop her, Chief Bill Arns said.

The chase continued into Indiana, and police put stop sticks on westbound Interstate 275 near exit 16 in Dearborn County. The woman drove over them twice, crashed down an embankment and ran from the scene. Turner estimated Taylor was driving 70 to 80 miles per hour.

A Lawrenceburg police officer was injured as he was chasing Taylor, Turner said. The officer drove himself to Highpoint Health with minor injuries.

Officers had responded to Taylor's house earlier Wednesday night because she had stopped taking “prescribed psychiatric medication and was acting unusual,” Arns said. The family told police they tried to have her admitted to the University of Cincinnati Medical Center earlier in the day. Police told the family they couldn’t force Taylor to go to the hospital because she was not a danger to herself or other people.

A short time later, Taylor called police from a Walmart, and officers picked her up and drove her to the police station to try to find some help for her. Because she was not in custody, Taylor was sitting in the lobby.

She walked out of the police station, stole the officer’s cruiser and drove back to her home in Forest Park. Taylor's mother called police to say she had returned, which is when officers discovered the cruiser was missing.

Dispatcher were able to track the cruiser using GPS on the police officer’s cell phone, which he left in the cruiser. Dispatchers determined Taylor was driving westbound on Interstate 275 near Kellogg Avenue. Boone County authorities saw her in Kentucky, which is when the chase started.

Arns said “it is unclear at this point” how Taylor was able to steal the cruiser, which was “reported to be locked but running.” An investigation is ongoing.

The police cruiser, a 2012 Chevrolet Tahoe, sustained minor damage, including two flat tires and a broken driver side window.