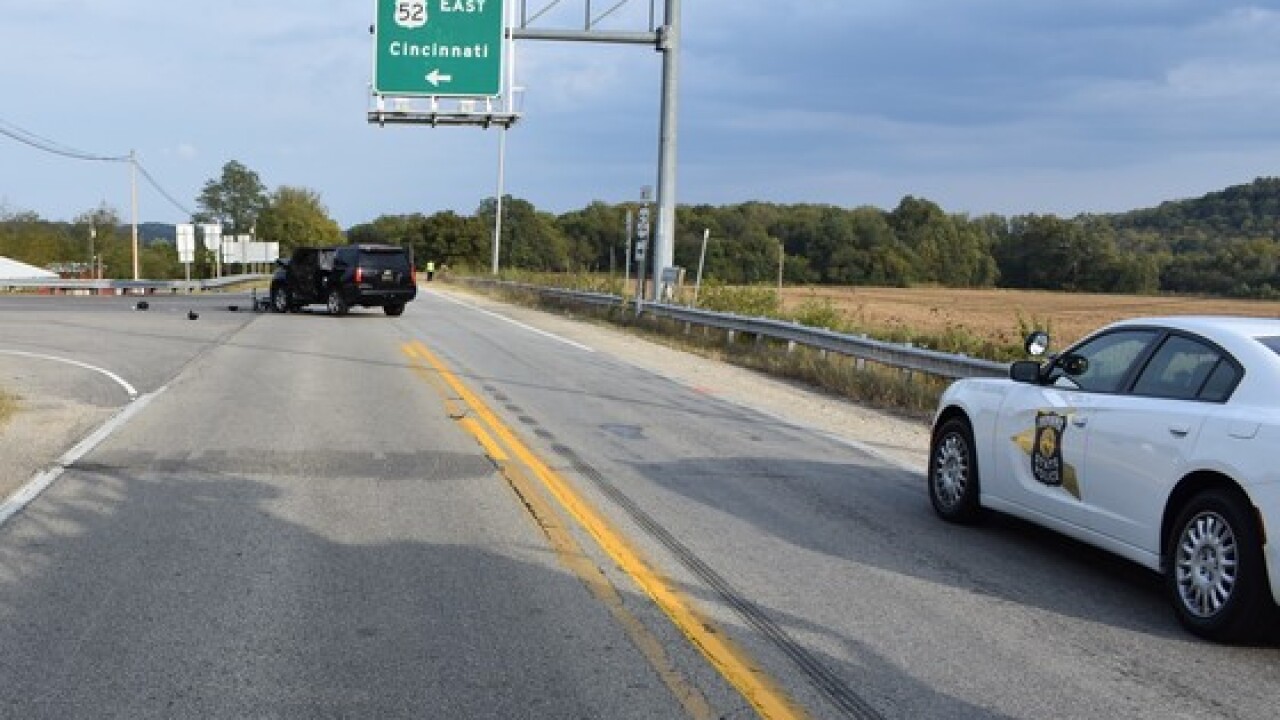 WEST HARRISON, Ind. — Indiana State Police have identified the man who died after a crash at I-74 and US-52 Saturday evening as 58-year-old Clyde Reynolds, from Cincinnati.

Officials said Reynolds and a female passenger, identified as 33-year-old Virginia Hummell, were on a motorcycle heading west on US 42 when an SUV vehicle turned left into their path. The driver of the SUV was traveling east on US-52, attempting to turn left onto I-74.

Police said that, although air care was initially called to the scene, it was called off when ground units arrived.

Hummell was transported by ambulance to University of Cincinnati Medical Center with serious injuries, and Reynolds was pronounced dead at the scene, according to police.

The driver of the SUV was also transported to Highpoint Health with minor injuries.

Indiana State Police said they are waiting on toxicology results for both drivers.