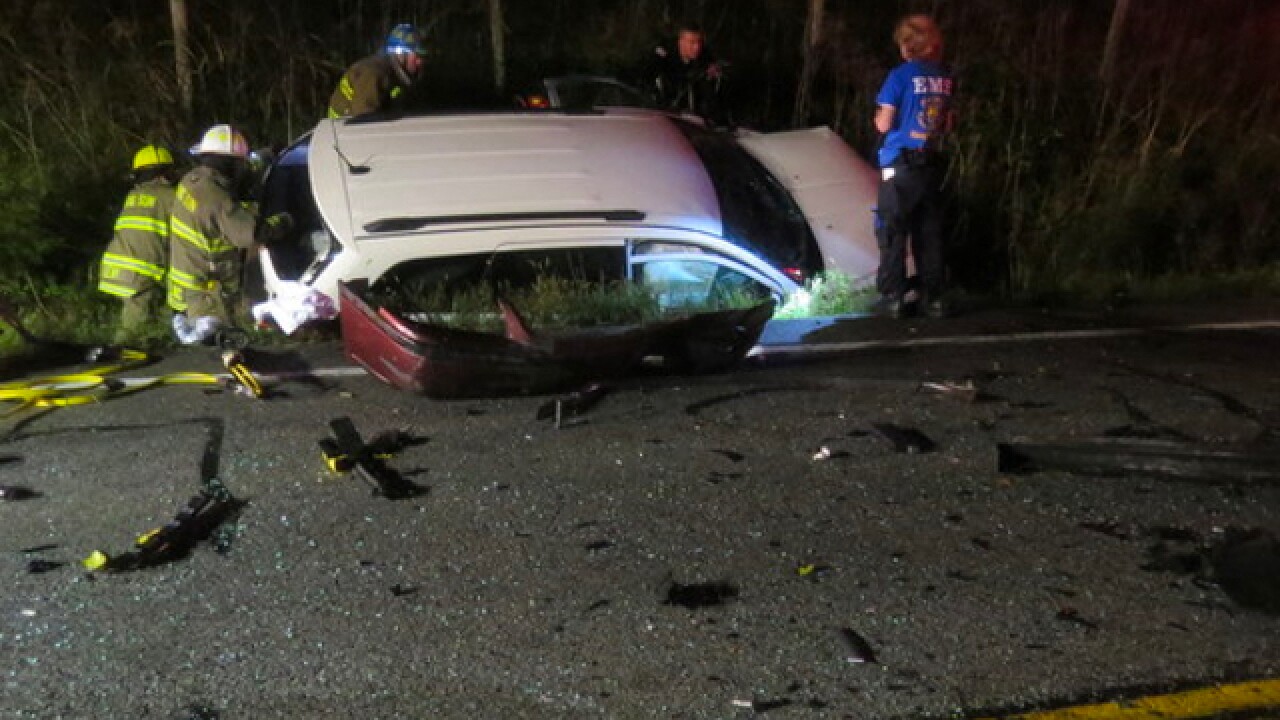 Copyright 2018 Scripps Media, Inc. All rights reserved. This material may not be published, broadcast, rewritten, or redistributed.
Indiana State Police

RISING SUN, Ind. -- A 19-year-old Vevay woman was killed in a crash on State Road 56 near Rising Sun Tuesday night.

Lauren M. Rose was driving a 2002 Chevrolet Impala northbound on SR 56 near Henschen Road at about 10:40 p.m. when a southbound driver in a 2014 Dodge Journey crossed the center line and the vehicles collided, Indiana State Police said in a news release.

Rose was driven to Highpoint Health in Lawrenceburg, where she died from injuries she suffered in the crash.

The road was closed for more than two hours for the investigation and cleanup.

The driver of the Journey submitted to a blood test for intoxication, police said. Results are pending.