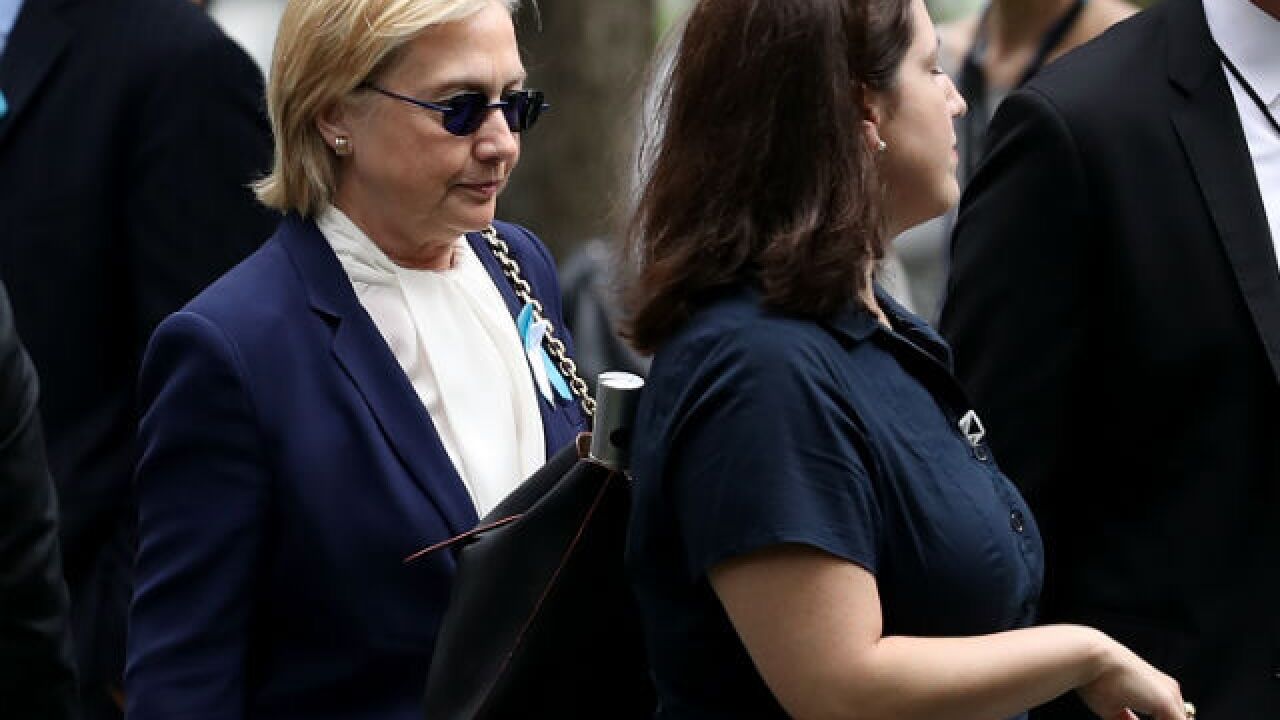 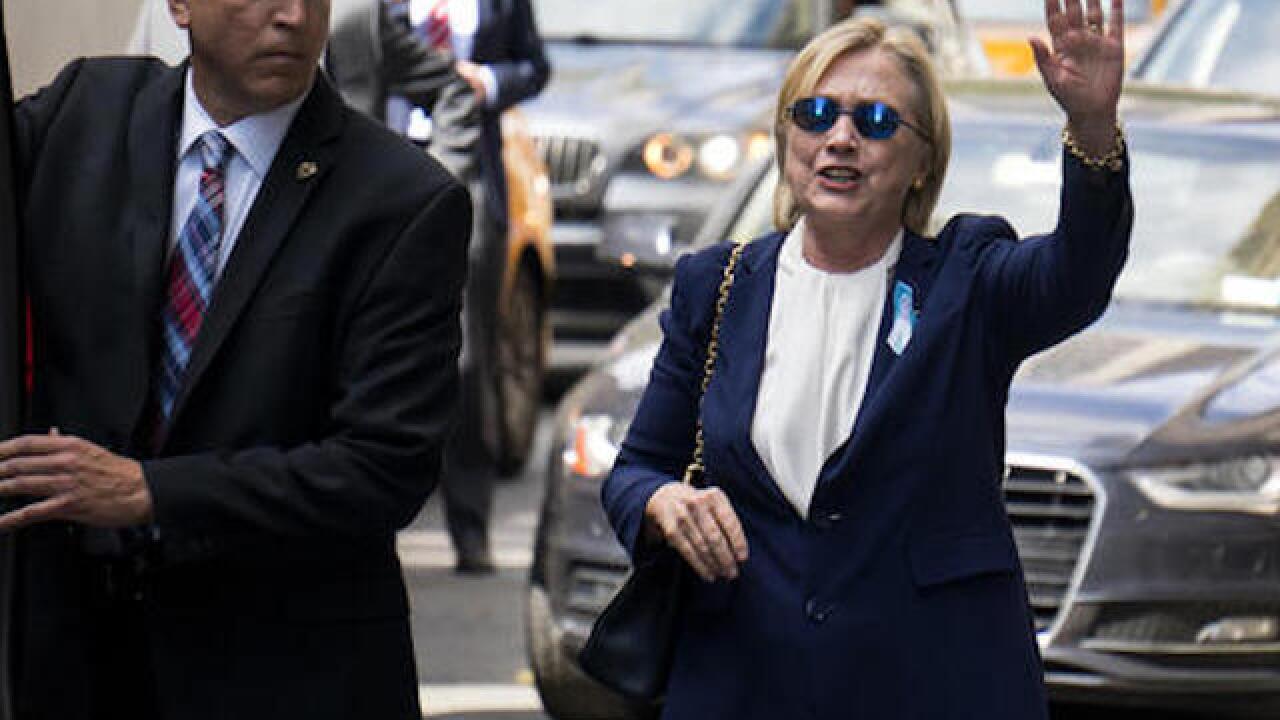 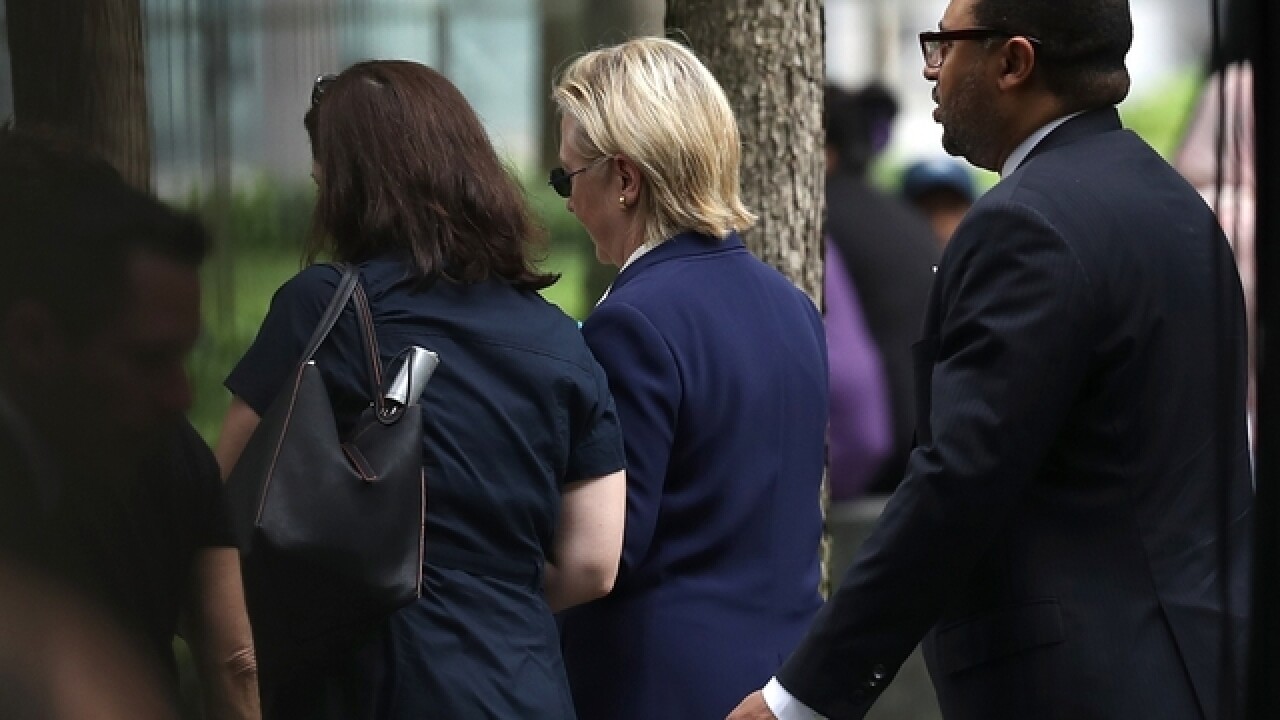 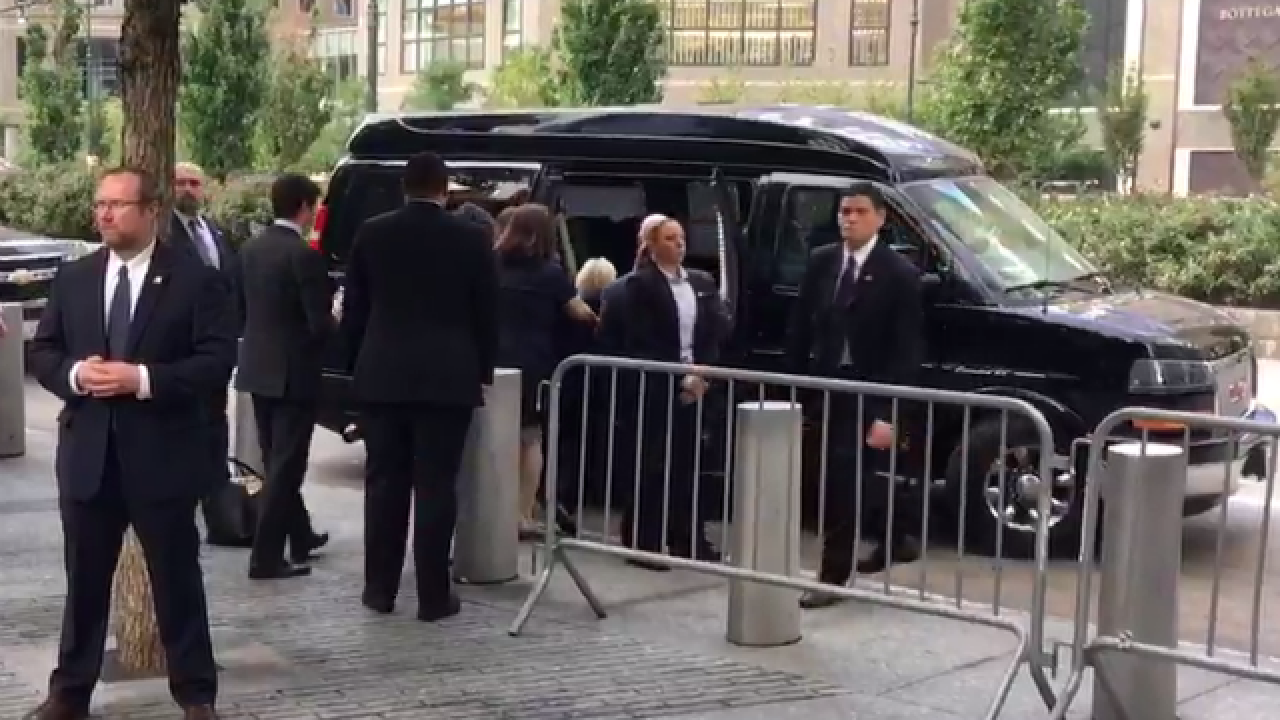 WHITE PLAINS, N.Y. (AP) -- For weeks, Hillary Clinton dismissed questions about her health as little more than a conspiracy theory, part of a "wacky strategy" cooked up by rival Donald Trump as he embraced an "alternative reality."

Those concerns are now unavoidable, made real by Clinton's abrupt departure Sunday from a 9/11 anniversary ceremony and a video showing the Democratic nominee staggering and eventually slumping forward before being held up by three people as she was helped into a van.

Zdenek Gazda originally posted the video on Twitter, according to media reports:

The damage was compounded by the nearly eight hours of silence from Clinton and her team about the health scare, as well as the Sunday evening disclosure she had been diagnosed on Friday with pneumonia.

Clinton's doctor said the 68-year-old former secretary of state "became overheated and dehydrated" at the 9/11 ceremony in Manhattan. Dr. Lisa R. Barback said Clinton was examined at her home in suburban New York and "is now rehydrated and recovering nicely."

But less than two months from Election Day, it was a problematic visual for Clinton as she tries to project the vigor needed for one of the world's most demanding jobs. Late Sunday, she canceled plans to travel to California for two days of fundraising, campaign events and an appearance on Ellen DeGeneres' talk show.

No longer can Trump's questions about Clinton's physical stamina be summarily dismissed. The episode was also sure to fuel a vocal group of online conspiracy theorists, deemed "healthers" by some Clinton supporters, who point to videos and photos of Clinton as evidence of her poor health.

In phone-in television interviews Monday morning, Trump was uncharacteristically subdued about Clinton's health issues. On CNBC, he said he takes no satisfaction from her problems. On Fox News, he said he hopes "she gets well and gets back on the trail and we'll be seeing her at the debate." The first of three debates is scheduled for Sept. 26.

Trump also said he had a physical last week and will release detailed health information when he gets the results, which are expected in coming days. "I think they're going to be good. I feel great," he said on "Fox and Friends."

Both candidates have so far released only limited health records.

The incident compounds a difficult time for Clinton as the race enters its final stretch. Despite Trump's numerous missteps, the race remains close and many Americans view Clinton as untrustworthy.

On Friday, Clinton told donors that "half" of Trump's supporters are in a "basket of deplorables" - a comment that drew sharp criticism from Republicans. Clinton later said she regretted applying that description to "half" of Trump's backers, but stuck by her assertion that the he has given a platform to "hateful views and voices."

Trump on Monday called Clinton's remarks "the biggest mistake of the political season." On Fox, he said that being elected to the White House means: "You're the president of all the people."

On Sunday, Clinton left the 9/11 memorial an hour earlier than planned. She had spent about 90 minutes standing with other dignitaries in the sun on a warm and humid day.

Her departure was not witnessed by the reporters who travel with her campaign. Aides provided no information about why she left or her whereabouts for nearly two hours. Clinton's spokesman Nick Merrill eventually said Clinton had gone to her daughter's nearby apartment, but refused to say whether she had required medical attention.

Clinton exited the apartment on her own, wearing sunglasses and carrying a handbag. She waved to reporters and said, "I'm feeling great. It's a beautiful day in New York." She was then driven to her home in Chappaqua, New York.

Bardack said in the statement Sunday evening that Clinton has had an allergy-related cough, and that during an exam on Friday, was diagnosed with pneumonia, put on antibiotics, and advised to rest and modify her schedule.

Unlikely previous presidential candidates, both Clinton and Trump have opted not to travel with what's known as the "protective pool" - a small group of journalists that follow the candidate everywhere.

The goal is to keep the public informed about their condition, whereabouts and official interactions at all times. For a president, who always travels with a protective pool, an hours-long gap without knowledge of their whereabouts could spark unrest in the financial markets and international concern.

Trump and his supporters have hinted at Clinton's potential health issues for months, questioning her energy when she takes routine days off the campaign trail and reviving questions about a concussion she sustained in 2012 after fainting. Her doctor attributed that episode to a stomach virus and dehydration.

Doctors said Sunday that pneumonia is commonly treated quickly and effectively with antibiotics. Dr. William Schaffner, an infectious disease expert at Vanderbilt University, said that based on the available information, "this should not in any way impede her function going forward."