Poll: Most Ohio voters want Kasich to drop out 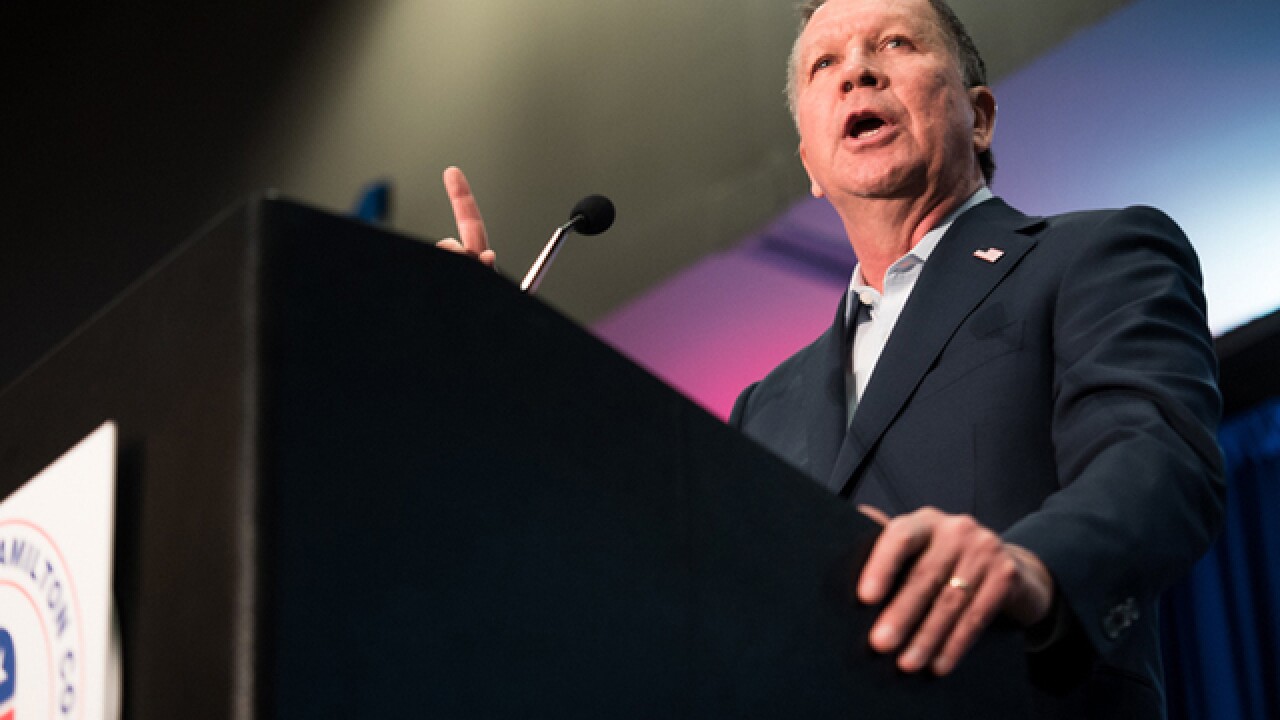 A new poll says most Ohioans -- 49 percent -- want Gov. John Kasich to drop out of the 2016 presidential race.

The study, conducted by Public Policy Polling, noted that, in March, 52 percent of Ohio voters wanted Kasich to stay in the race and 34 percent wanted him to drop out.

Additionally, more Ohio Republicans want him to drop out -- 58 percent -- than Democrats -- 33 percent.

Public Policy Polling said most people who want Kasich to drop out say he's neglecting his gubernatorial duties in the Buckeye state. Also mentioned was the expense of his security detail on the campaign trail -- which is paid, essentially, by Ohio taxpayers.

You can read the rest of the study here.