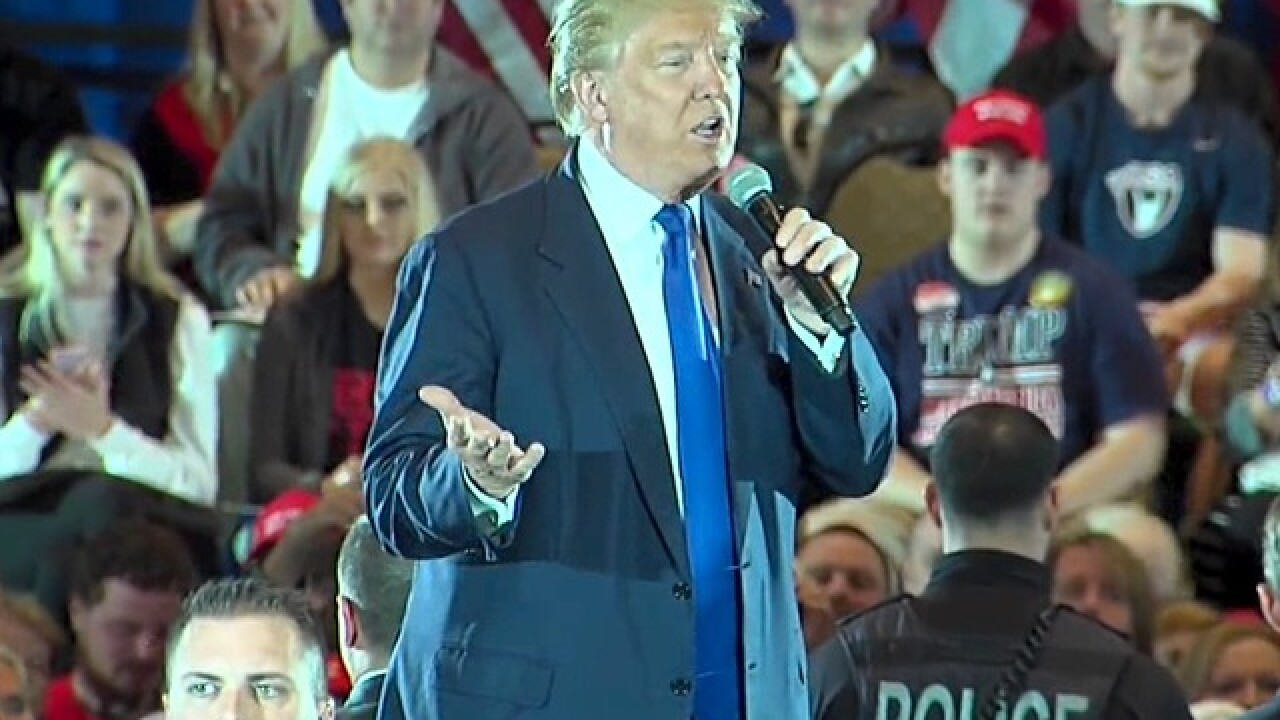 WEST CHESTER TOWNSHIP, Ohio. -- Thousands of supporters (and some protesters, too) gathered at the Savannah Center on Sunday to see businessman and Republican presidential candidate Donald Trump.

Many who hoped to attend were left outside because the facility could only accommodate about 1,500 people.

"I said, 'Why didn't we get a bigger place?'" Trump told the audience when he took the stage.

Trump's town hall also came not long after chaos erupted at his planned campaign rally in Chicago on Friday; the event was canceled, Trump said, over security concerns.

CLICK HERE to see more photos from the Savannah Center or tap the image below: