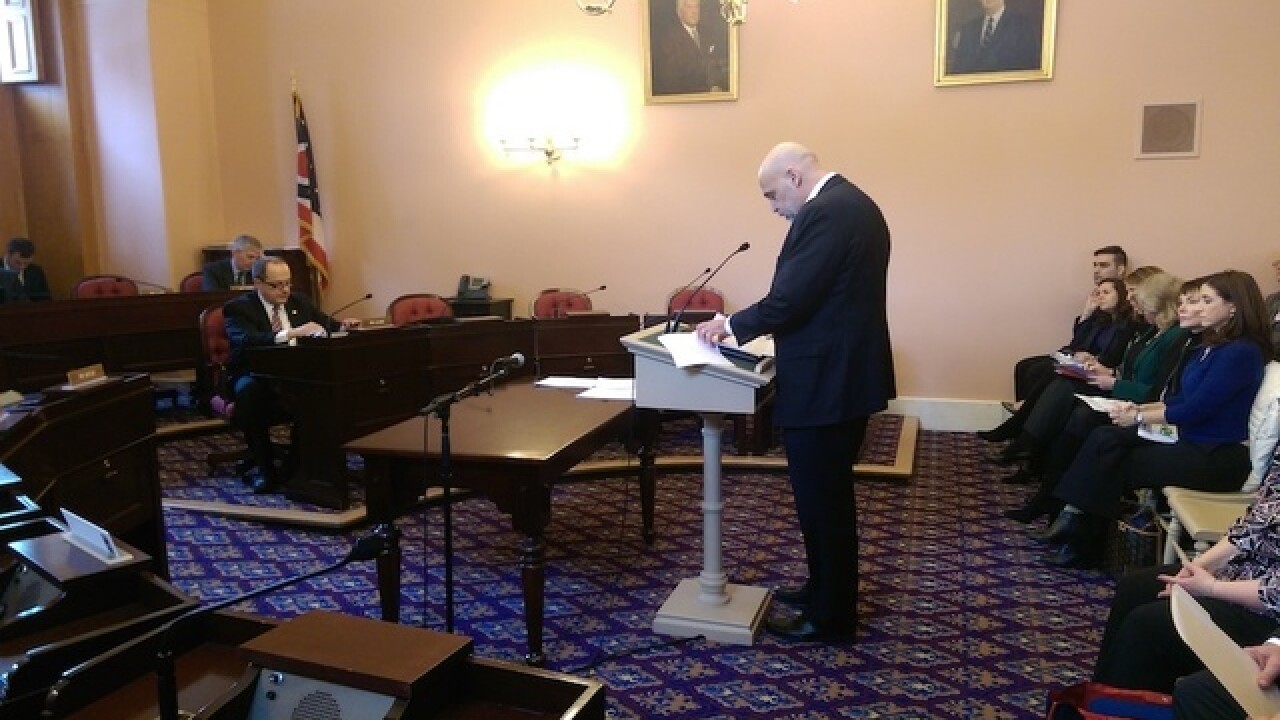 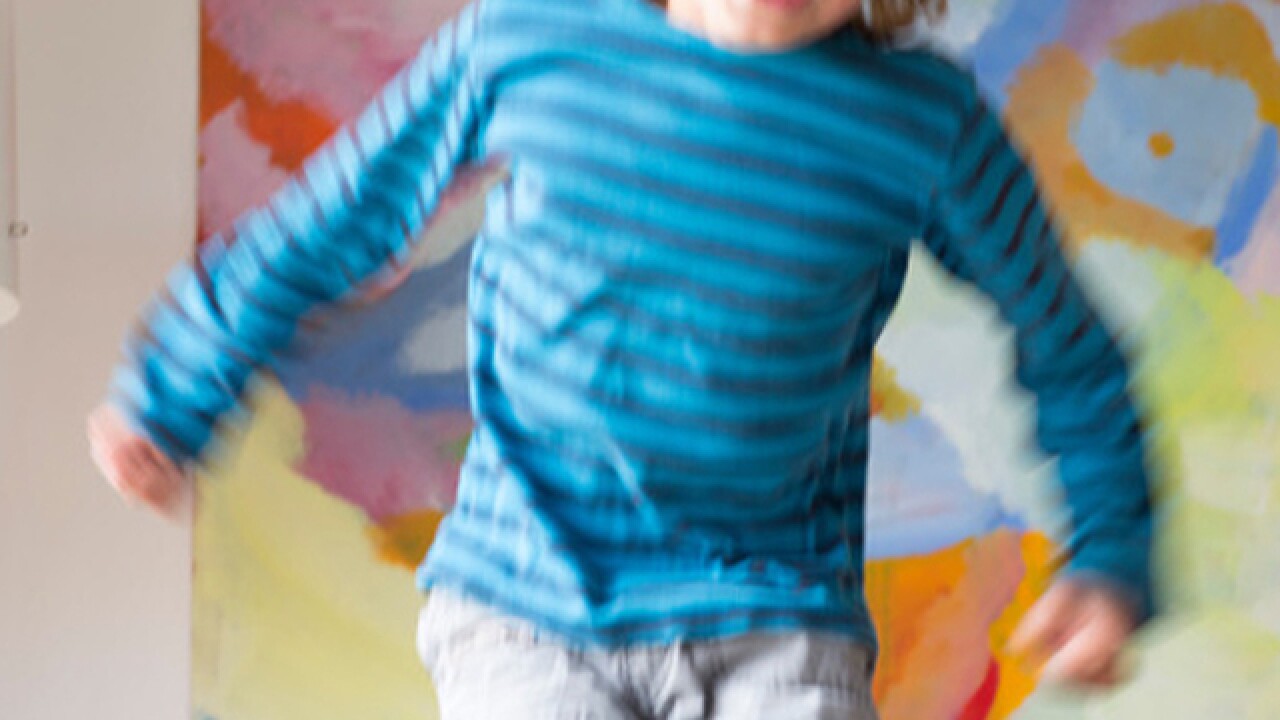 COLUMBUS — Four words can change a person’s life. For Doreena Beebe, they were: “Your son has autism.”

In 2013, Beebe noticed her son, Michael, was displaying behaviors that were different from other children. Michael was born healthy, but his speech was delayed. Beebe had Michael tested, and that’s when she received the news that her then 3-year-old son has autism.

Beebe said she knew what she had to do. She looked for suitable therapies for her child and made calls to get the necessary paperwork started for insurance coverage, but the two words she heard would haunt her.

“I can still remember the day when I received the call from the benefits provider and was told two words that devastated me,” Beebe said. “I was told that the company’s insurance policy has an ‘autism exclusion,’ which means that autism therapies, like autism (ABA), will not be covered.”

State employees and individuals under the Affordable Care Act gained coverage for autism spectrum disorder through an executive order issued by Gov. John Kasich in 2012.

The governor’s action covered certain state-regulated plans but not all, leaving some people without coverage to pay for autism-related treatments, which can cause “thousands and thousands of dollars.”

To help Beebe and others like her, two state representatives are proposing a bill that would expand autism coverage in Ohio to include all state-regulated plans, incorporating large group plans and grandfathered plans in the individual and small group markets.

The coverage under the bill would be identical to the coverage state employees receive for autism.

An average of one in 68 children have autism spectrum disorder, according to the Centers for Disease Control and Prevention . It can cost about $17,000 more per year to care for a child with autism compared to a child without the condition. The cost is higher if in more severe cases.

Taking care of an autistic person over his or her lifetime can cost about $3.2 million, according to a study by Michael Ganz, an adjunct assistant professor for Harvard T.H. Chan School of Public Health. The costs include direct and indirect medical costs associated with the disorder.

Autism spectrum disorder is about 5 times more common among boys than among girls.

The bill also prohibits a health plan provider from terminating or from refusing to renew coverage solely because the individual is diagnosed with or has received treatment for an autism spectrum disorder. The bill only affects fully insured plans.

The bill would impact about 1,700 individuals with autism and their families if it becomes law, said Rep. Cheryl Grossman, R-Grove City.

“I believe it’s time for Ohio to step forward and make sure that we do this,” Grossman said. “If we can help make them successful in their lives and not dependent on the government to provide for them, I think it’s a small investment for them to be able to succeed.”

Coverage would include speech and language therapy, mental or behavioral health outpatient services and clinical therapeutic intervention, which include applied behavioral analysis. It would be available to covered individuals under 21 years old.

Grossman said children who received applied behavioral analysis therapy are more likely to be successful in life and have a better chance of being integrated to a regular classroom compared to a child without the therapy.

As of December, 43 states and the District of Columbia have passed laws that require insurers to provide coverage for the treatment of autism, according to the National Conference of State Legislatures . Some of the states listed include: Michigan, Missouri, Illinois, Indiana, Iowa, Kansas, West Virginia and Wisconsin.

If the bill becomes law, about one-third of the state would have insurance coverage for autism, said Michael Wasmer, the associate director of state government affairs for Autism Speaks.

“It clearly is a fiscally responsible thing to do,” Wasmer said. “We are saving the state a tremendous amount of money that they would otherwise be paying for things like intensive special education and adult support.”

But some groups disagree with Wasmer.

Any mandated change to current plans would increase costs, which might lead employers to discontinue their plans and send their employees to the open market, said Robert Brundrett, the director of public policy services for the Ohio Manufacturers’ Association.

“This removes workers’ bargaining power with insurance companies, and they will have to settle for higher-priced insurance with less coverage and fewer benefits,” Brundrett said.

Motter wrote in her testimony that coverage mandates “take away the flexibility of health care consumers.” She added the bill would also make it harder for health plans to keep to insurance coverage affordable.

But Wasmer said autism-related costs in the “fully-insured market” only represent a small fraction of all health insurance claims.

“There’s no way that a health insurance company could justify a significant increase of premiums as a result of this autism benefit,” Wasmer said.

The bill does not apply to non-grandfathered plans in the individual and small group markets. It also does not apply to Medicare supplement, accident-only, specified disease, hospital indemnity, disability income, long-term care, or other limited benefit hospital insurance policies.

Joshua Lim is a fellow in the E.W. Scripps School of Journalism Statehouse News Bureau. You can reach him at  joshielim93@gmail.com  or follow him on Twitter at @JoshuaLim93.