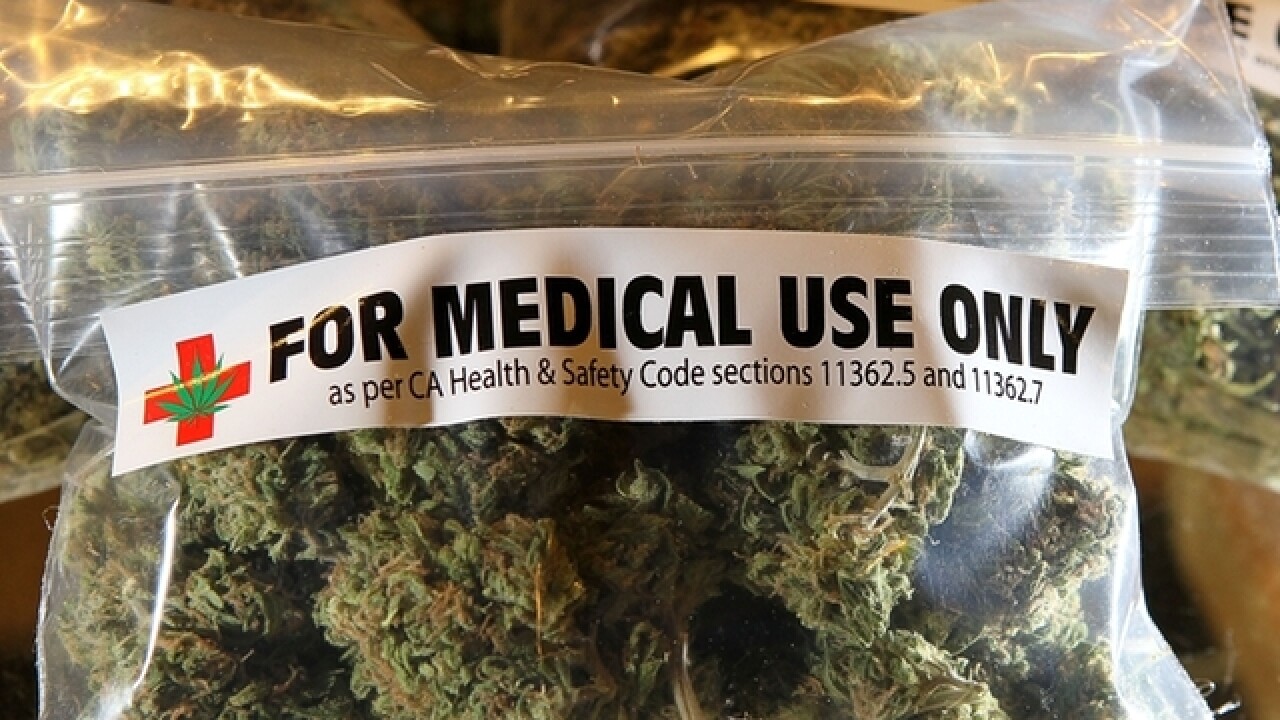 COLUMBUS — Tara Cordle sleeps with one eye open and a flashlight in her hand every night, in case the "monster” comes. For about three years, Cordle and her family have been held hostage by epilepsy.

“I’m tired; I’m tired of watching my son suffer every day of his life,” she said.

Cordle’s son, Waylon, was a healthy boy. But one Friday night in November 2012, Waylon started vomiting. Then, on Monday, he had a seizure.

“I performed CPR for the very first time in my entire life as his lips went from pink to blue then to gray,” Cordle said. “It was discovered that he had inflammation in his brain. It was just a virus he picked up and it destroyed his brain.”

Waylon was 7 when he had his first seizure, the first of many. Now, he’s 10. His mother said he takes 47 pills a day.

“We tried medication after medication -- 20 in total to be exact and nothing has controlled his seizures,” Cordle said.

As she shared her story in front of lawmakers and experts on Thursday, her son beside her, Cordle's message was clear: Legalize medical marijuana in Ohio.

The House medicinal marijuana task force, created to review the issue of medical marijuana in the state, held its sixth and last hearing on Thursday, ending its two-month discussion with various groups and individuals on the issue.

Rep. Dan Ramos, D-Lorain, said the hearings have been an incredible learning experience.

“The next step should probably be actual legislation, which we can debate and go from there,” Ramos said.

Rep. Kirk Schuring, R-Canton, said he will be meeting with the Speaker of the House next week to discuss the next step on this issue.

Ohioans rejected a ballot initiative called Issue 3 last year, which would have legalized both medical and recreational use of marijuana.

Medical marijuana is currently legal in 23 states and the District of Columbia.

Since the failed attempt last year to legalize marijuana, there has been increased interest on the issue of medical marijuana. And with advocates and state legislators looking into the issue, Ohio might legalize the drug for medicinal purposes in the near future, if not by the end of this year.

The two senators have traveled around the state to gather input from Ohioans on the issue, and Yuko hopes the bill will appeal to Republicans and Democrats in the state legislature.

“I think we’re well on our way to getting this done,” Yuko said. “Hopefully by next week we’ll be able to drop it. We have a limited amount of time.”

Yuko said he is still fine-tuning the details of the bill with Burke, but he added that the piece of legislation would address issues such as: Who is qualified to grow, how much medical marijuana should be prescribed and who qualifies as a patient and caregiver.

The bill would require a physician to have a history with a patient before recommending medical marijuana.

“There’s so much positive to come out of this,” Yuko said. “As long as we keep it about medicine and quality of life issues, I think we’re on the right track.”

The group, which has led several successful marijuana advocacy efforts in Michigan, Montana and Arizona, has proposed a constitutional amendment through its Ohio operation called Ohioans for Medical Marijuana.

The proposal cleared the Ohio Ballot Board on Thursday, which means Marijuana Policy Project has until the first week of July to collect at least 305,591 valid signatures, according to Ohioans for Medical Marijuana’s website.

Marijuana Policy Project spokesman Mason Tvert said his organization will move forward with the ballot initiative regardless of the state legislature’s actions on the issue, unless lawmakers pass a well-written and comprehensive medical marijuana law before November.

While lawmakers are not discouraging citizens from petitioning their government, some would prefer a legislative solution over a constitutional amendment.

Yuko said he believes the issue belongs in the legislature and should be addressed by the Ohio General Assembly.

“We’re doing it in a responsible way,” he said

Ramos said it would be easier to modify a state legislation compared to making changes to a constitutional amendment.

Whatever the method to legalization, Cordle said medical marijuana would significantly improve her son's condition and reduce medical costs.

"Why should our zip code prevent my son from getting a life-changing medication?" she said. "The answer is simple -- it should not."